Share All sharing options for: Enough Vanilla: Make a big move or sell

No, Dayton. No one is suggesting Carlos Pena. 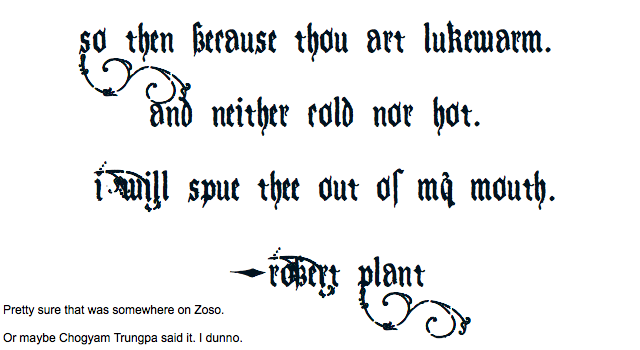 I think it was somebody important. Anyway, the Royals could use some of that classic Led Zep/Vajradhatu logic right now.

Last year, the Royals rode an eight-game win streak to end July. Their record on the 31st? 53-51. Same as their record today. They were in third place, though, five and-a-half games behind Cleveland.

As Max Reiper pointed out on Monday, the Royals still have a decent chance at reaching the postseason this year. Just in case you didn't know or the constancy of your suffering has seared vital parts of your brain, the Royals haven't made the playoffs since 1985.

You have two choices, Dayton

So, should they go for it again?

And if they do, they're going to need some help.

If they don't, they should sell off whatever they can to make themselves stronger for next year.

"Standing pat" should not be an option. Adding Raul Ibanez and Erik Kratz doesn't count. They need to either aggressively hunt down and acquire one or more impact players or just give up. It'd be nice if they regressed to the mean and snuck into the postseason. But after almost 30 years, it's time to stop hoping for a lucky break.

The organizational problems that have led to the Royals' playoff drought go much deeper than the transactions of Dayton Moore's tenure as general manager, but picketing for change on that front is is hopeless. But Moore can do something now. Something drastic, even.

None of the Royals prospects right now are can't-miss guys -- if that sort of guy even exists. Being a Royals fan is being a fan of prospects, thanks to the decades of "rebuilding" at the hands of David Glass. However, this team actually has a chance to make their season meaningful.

If they gamble and lose, that will hurt. But at least they have a decent enough stack of chips to take a shot right now. That's almost never the case in Kansas City. It's time for something bold rather than another bland trade deadline.

And if that's too much to ask, then they need to start trading players for prospects again.

Because vanilla is nice, but after 30 years, it's time to spit it out.