Royals not televised, so here's their 7-3 loss re-enacted with Legos

Its not the same without Rex, but we'll try to drive the bus without him.

Share All sharing options for: Royals not televised, so here's their 7-3 loss re-enacted with Legos

The Royals game was not televised tonight due to the FOX national television broadcast, which deprived us of the witty remarks of Rex Hudler. Royals fans were simply at a loss at knowing who it was, exactly, that drove the bus tonight.

Fortunately, we have a million billion Legos at my house (that I somehow find a way to always step on), so here is tonight's Royals-Indians game re-enacted for you. 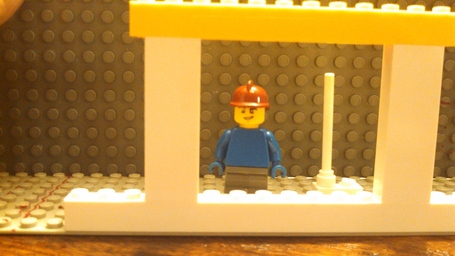 "Hi, I'm Joel Goldberg on your Boulevard Beer Royals Post-Game Show. With me as always is Royals Hall of Famer and inanimate carbon rod Jeff Montgomery." 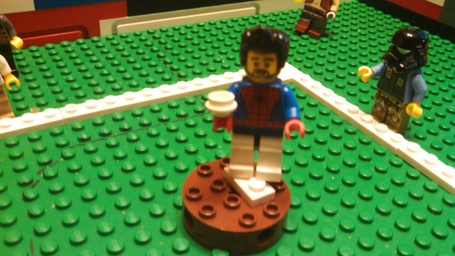 "The Royals were looking to capitalize on last night's easy win against one of the Indians less experienced pitchers in T.J. House." 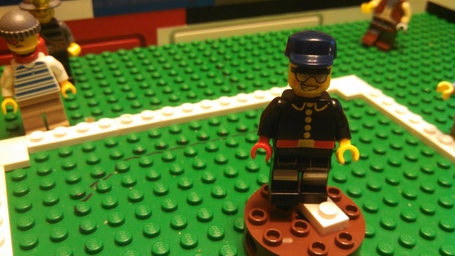 "And going for the Royals was red-hot starter Jeremy Guthrie, who has won three straight decisions with more strikeouts than walks over his last four starts."

"But things didn't work out. Let's look at the highlights." 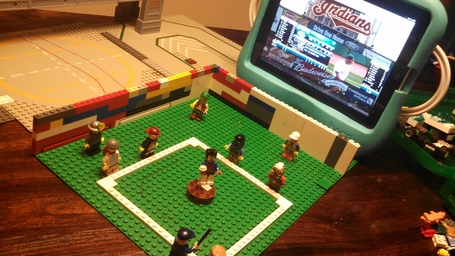 "It was a beautiful night here in northern Ohio...." 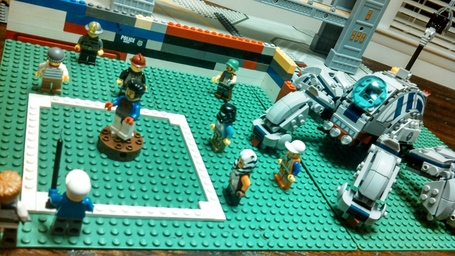 "The Royals got things going in the first when Lorenzo Cain doubled and stole third. Eric Hosmer absolutely ripped the ball, but it was unfortunately pulverized by a robot-spider from the evil Lord Garmadon, and ended up being ruled a simple RBI ground out. Hosmer just hasn't been catching the breaks lately, but at least the Royals were up 1-0." 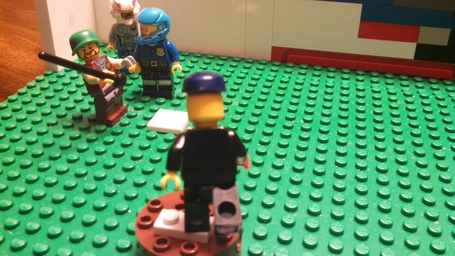 "Indians center fielder Michael Bourn homered in the third to get on the board...." 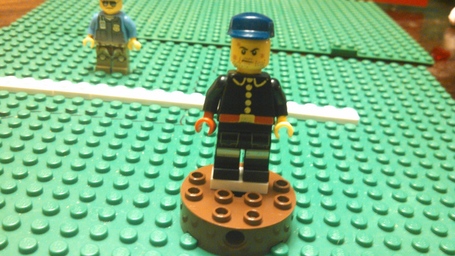 "And the Indians would add two more runs in that inning, and three in the fifth to knock Guthrie out of the game after just four innings of work. His final line would include eleven hits, six runs, two walks, and five strikeouts." 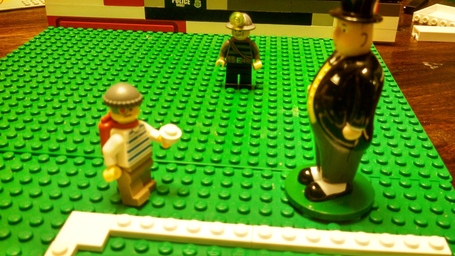 "In the fifth, Billy Butler ran into a ill-conceived out trying to go from first-to-third on a Danny Valencia single." 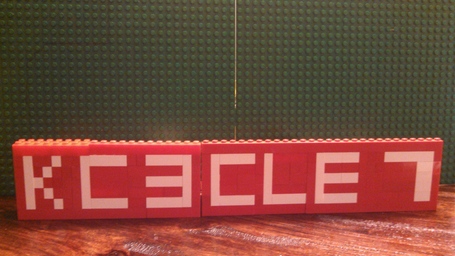 "The Royals managed a few runs late on a Danny Valencia home run, one of three hits he had tonight. Butler and Infante each have a pair of hits, but the Royals leave sixteen runners on base. Francisley Bueno pitches three innings of shutouts ball in relief. But it wasn't enough as the Indians walked away with the 7-3 victory. " 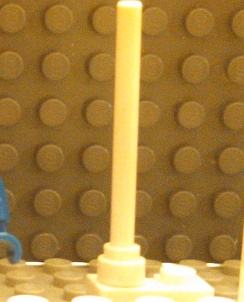