The Royals, again, made a bad pitcher look good.

What is it with bad pitchers and the Royals? Cy Albers. Cy Danks. Cy whoever. There's an endless list of these guys. Guys who blank the Royals and go on to do...nothing. Nothing at all. I would expect this to happen, because baseball is random, but not nearly as often as it seems to happen against the Royals. I tried to dive into Danks' performance last night to see if there was anything different.

Did he use his pitches in different frequencies?

Did he locate them differently? Here's a table of his rate of balls on each pitch type.

Looks like he shoved his offspeed stuff out of the zone. Did the Royals swing at Danks' pitches more than the league has swung?

How about that? The Royals actually swung a little *less* than the rest of the league has (except that cutter). However, that table doesn't distinguish between swinging at a ball or a strike. The two images below (from the catcher's perspective) can show that difference. Below, observe the pitches that the Royals took a swing at. 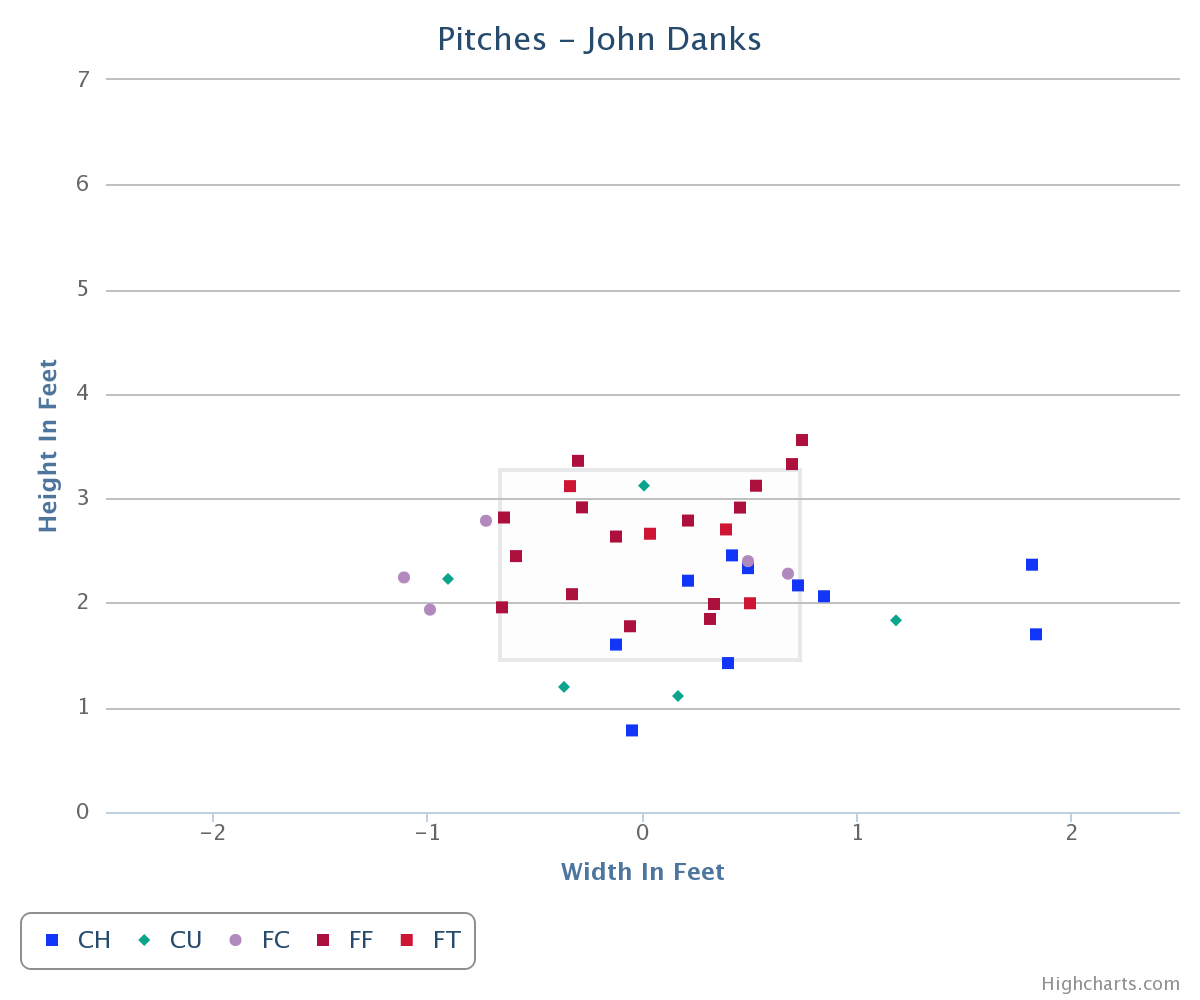 Here are the pitches the Royals didn't swing at. 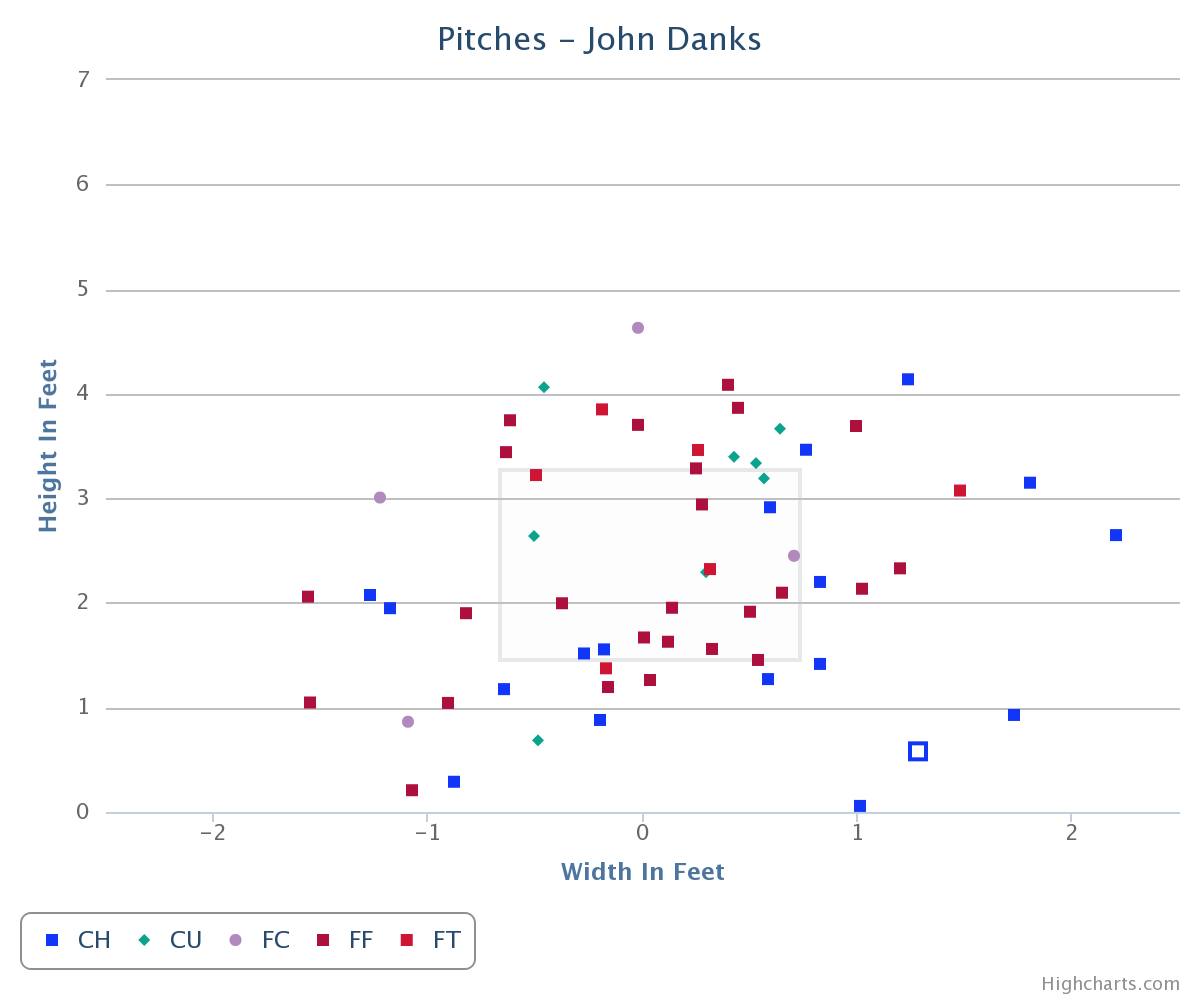 There are some bad swings in there, but for the most part, they swung at strikes and didn't swing at non-strikes. The Royals put 13 balls in play last night, 10 of which were inside the zone and 2 more of which were very close to the zone. There was really only one pitch put in play that wasn't a great pitch to put in play, which was that low changeup in the first image. It was a groundout.

The Royals took some walks. They mostly swung at strikes and didn't swing at balls. I could do without those ridiculous swings at those far away changeups, but at least those were not put in play.

What's the conclusion from this? I think it's that John Danks was basically the same pitcher he has been. The Royals, knowing this, actually showed perhaps a little bit of restraint in their swings. Again, they actually took some walks.

The Royals are just bad hitters. At least they're good at running the bases.