Choking down the sand vein

Share All sharing options for: Choking down the sand vein

Personally, I don't like shrimp. They're insects and everyone knows it. Just because they're underwater doesn't mean it isn't gross. In fact, that makes it grosser. But even if you do like shrimp, you gotta admit that eating their crap isn't ideal.

But somehow, most people don't really seem to mind it. Or at least it isn't imperative that the sand vein be removed for them to enjoy a nicely fried basket full of bottom-feeding insects. It's an accepted defect for what can be an otherwise delectable experience. You can definitely cut out the sand vein and make the experience a little better -- even if it's only a psychological improvement -- but for a lot of people, if you want some tasty shrimp, it's alright if there's a lil bitta shit in there.

That's kind of like the consumption of the Kansas City Royals' product in way. They might bring you some joy, but you'll probably have to swallow a lot of their crud if you wanna get to the good parts.

And if there's a subset of ocean meat that could describe the Royals, it'd probably be shrimp considering the last 30 years or so.

This year, instead of a dreck-spined crustacean they've been more like a great white mutant-shark whose DNA was spliced with a snow leopard so it can haul real ass on land too. Like this one: 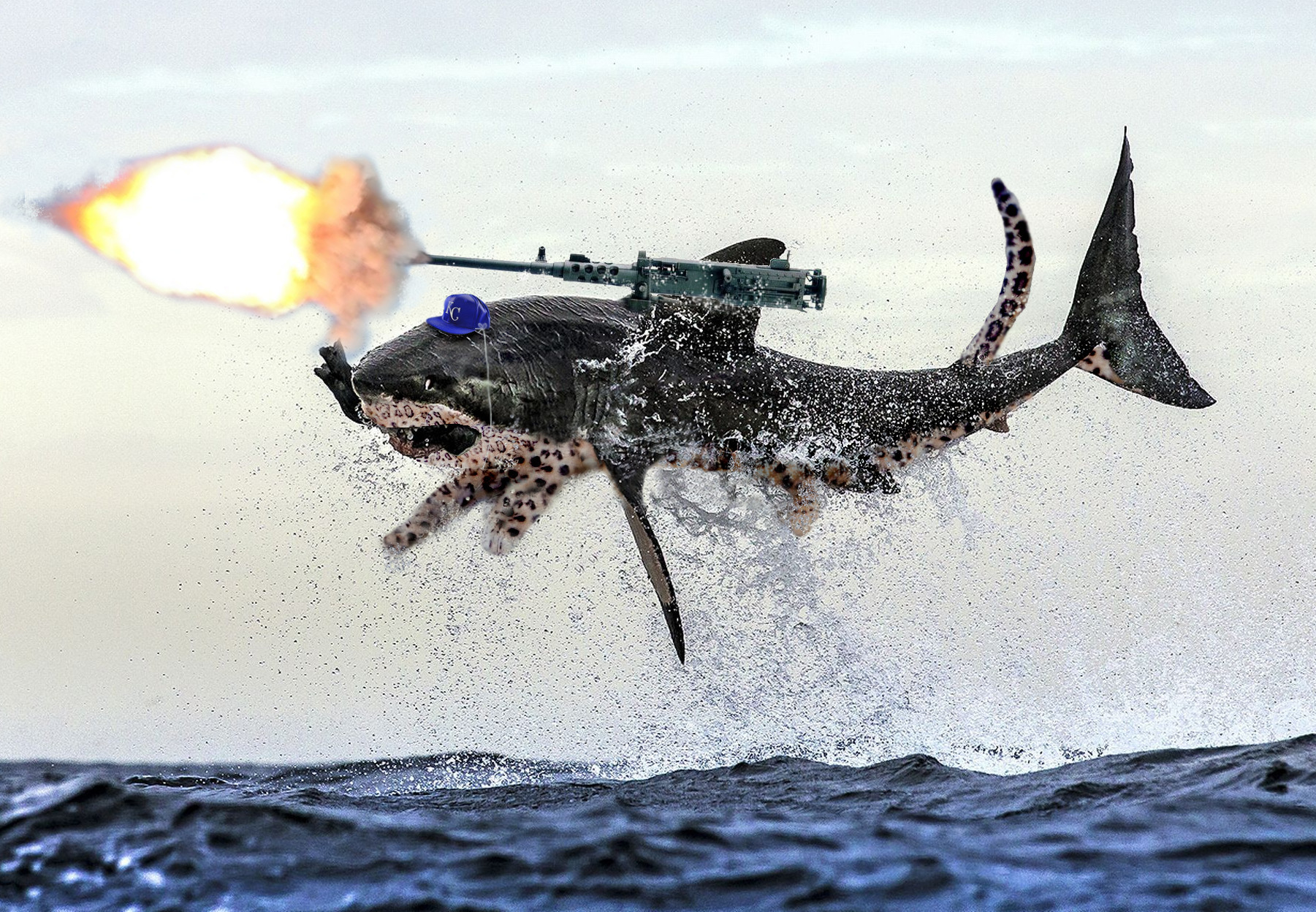 Or at least that's what it seems like after the 1,800-plus losses since the strike season in 1994.

Realistically, the Royals aren't one of the best teams in the majors.

Their record says they're close to that arbitrary designation, but they're probably further away from it than Royals fans would like to believe.

Remember, this is Dayton Moore's team. The Royals, in all their strengths and weaknesses, reflect his vision, or at least his vision filtered through a heavy pane of Glass. If they make the playoffs, has the eight years it took to get here really been worth it? Is this lasting success or a fleeting, Pyrrhic victory that will only result in eight more years of struggle?

The Royals have been undeniably good this season, but many other clubs have more consistent offensive approaches than the KC Singles Brigade. Their pitching has been exceptional, but it isn't as if their rotation is in the same echelon as the Tigers, Nationals, and Dodgers. They can play defense better than just about anyone. However, the whole thing is a cold-hitting streak away from plummeting back to the .500-ish botch-clutter that many expected the 2014 season to be all along. And anyone who has been in Kansas City for all or part of the last 30 years is completely justified in continuing to expect it to pop into a cloud of ash and drift away.

In any event, this season has been an unquestionable success -- and might continue to be even if they miss the postseason. Unless the bottom completely falls out, they will claw their way to the franchise's best season since at least 1989. 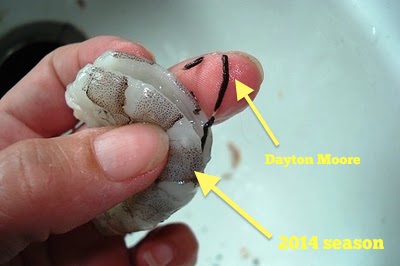 Never mind the industry's poor record with labor groups, the substandard packing plants most of the products are processed in, and the irradiated food they eat ... those are literally turds in there.

He's the sand vein of the Royals' shrimp cocktail party.

To be fair, he has done some good things. They couldn't be where they are now if he had completely bungled his entire eight-year tenure with the Royals.

He is, after all, the man who mesmerized Salvador Perez -- one of the league's best young catchers -- into some kind of narcotized trance for long enough to get him to sign a five-year, $7 million contract extension in 2012. He's locked in until he turns 30 and at no point during the life of the deal will he make more than $6 million in a single season. Unfortunately, he doesn't look like he'll age well after 30, but he'd easily be worth that much right now -- even if you Cotton-Hilled off at the knee.

The merits of such a deal can be debated, since it heavily favors the notoriously blackhearted ownership and basically takes deserved money directly out of Perez's pocket. Sure, he won't really need it when he's making $6 million a year in 2019, but team owner David Glass definitely doesn't need it. Ever.

But like most things you can't change without an all-out war, there is a bright side. In Perez's case it's a huge bright side for fans. His contract will allow the Royals to spend elsewhere while retaining one of the most valuable players in the league and that value compounds because of his modest contract.

To his credit, Moore also spent heavily internationally. That spending resulted in Perez, the flux-capacitating arm of Yordano Ventura, and top prospect Raul Mondesi, among others. Those three players could be the scaffolding on which Moore -- or perhaps someone else! -- will build the next good Royals team. Then again, Moore's efforts were subsidized by parity-cinched wrinkles in the collective bargaining agreement. So don't give him too much credit.

Moore also didn't fare as poorly as many expected he would in the James Shields-Wil Myers debacle. At least not to this point. When he decided to trade Myers -- the best hitting prospect in the game at the time -- many just assumed Myers would blossom into a perennial All-Star that would constantly terrorize the league and Kansas City in particular. That hasn't been the case. That doesn't mean Myers is a failure, of course, but the clock is ticking. Not necessarily on his career, but on how much productive team control Moore surrendered by trading him.

At the time of the trade, the supplementation of Wade Davis, Jake Odorizzi, Patrick Leonard, and Mike Montgomery seemed to be the piss-icing on the urinal cake -- for the Royals anyway. However, despite Odorizzi's promise and relative success this season, Wade Davis has become one of, if not, the best reliever in baseball. It seemed like his failure as a starter would render his contract unbearable for the Rays, which seemed to lead their savvy general manager -- Andrew Friedman --to include Davis in the deal in an effort to shed his starting pitcher-brand contract. It's hard to say that now with Davis posting a better fWAR this season than Myers has in his entire MLB career. But again, that's only what has happened so far.

The deal isn't decided yet, and the Royals will likely regret it if they don't have a playoff appearance to look back on. But, due to some surprises and circumstantial technicalities as far as evaluation is concerned, it hasn't been as awful as it seemed it almost certainly would be. Myers is likely to make the last four years of the deal's overall impact a net loss for Kansas City, but the first two years have been a win for Moore. 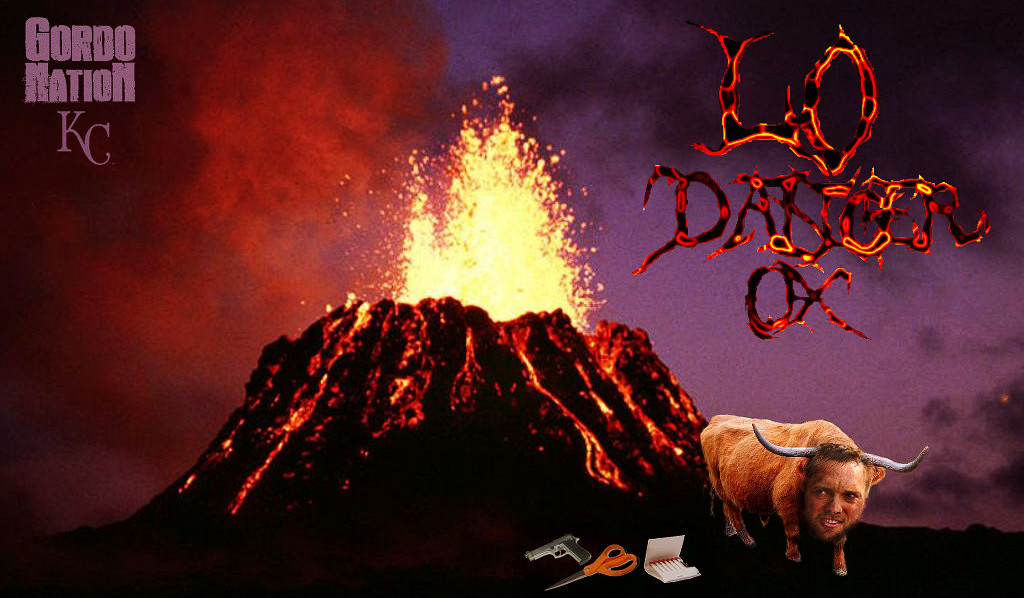 Moore didn't draft him. Gordon was taken with the second overall pick the year before Moore took the reins. However, he probably wouldn't waste much time before taking credit for Gordon's turnaround from pseudo-bust to MVP candidate. Moore was part of the organization that moved Gordon from third base to left field, but like Luke Hochevar's post-relocation revival, most of the credit should be given to the player for making the adjustment.

So, yes. There have been some good things. There had to be, but the bad things have grossly outnumbered the good. Grossly, both in the sense that he made many mistakes and that they were often quite repulsive.

Hell, if you half-glazedly stumble around a room throwing whatever you can find against the wall, eventually you're gonna make something that sort of looks like art. 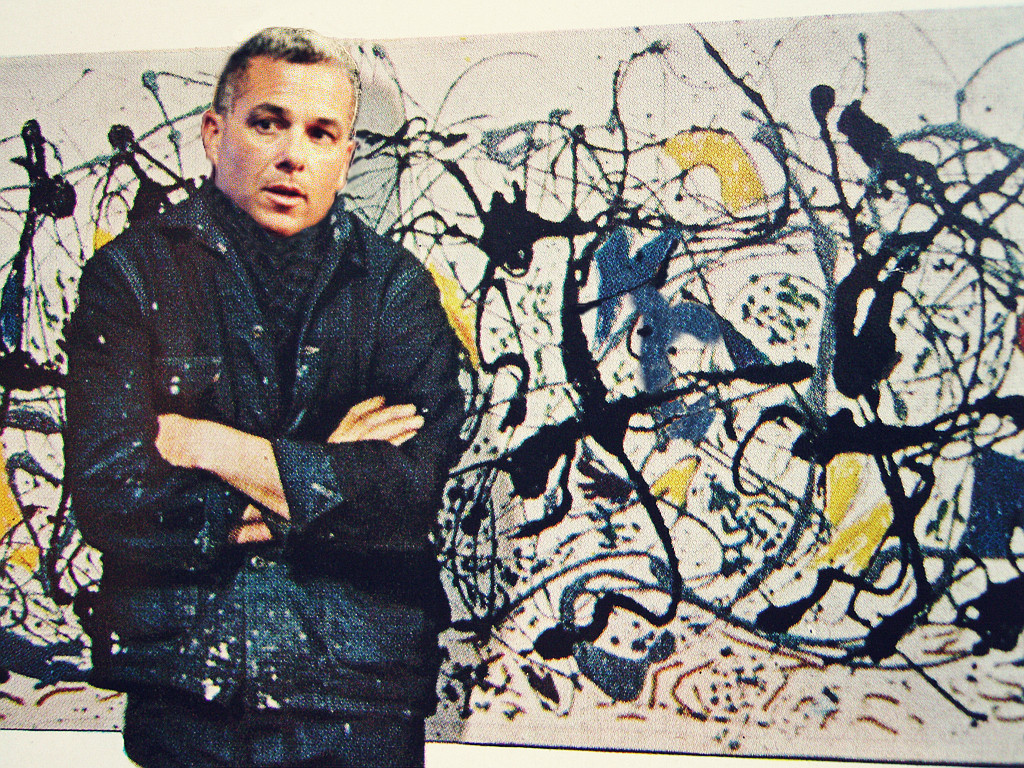 Yeah, maybe one time it's a masterpiece, but most of the time you're just making a mess.

Although he has had some undeniable successes, Dayton Moore has taken nearly ten years to build a team that has ridden timely hitting to the top of the AL Central. The team certainly has legitimate talents. They have pitched extremely well, their defense is amazing, and they have been stringing enough singles together to get wins. They've been incredibly fun to watch ... but this isn't a stainless rhapsody born from ten-years of conscionable cultivation.

It has been just short of an accident.

The Royals are set up to be decent for a while. Who knows, maybe they'll be good again sometime in the next five years, but it just doesn't seem very likely given the leadership in place.

But the one name that exemplifies Moore's team winning in spite of his ineptitude is Ned Yost's. Yost epitomizes Moore's philosophy perfectly. They go together like ocean bugs and shit -- you can cut one out from the other, but even then, your best-case scenario is a shrimp.

They're here to stay.

The Royals have been embroiled in mediocrity -- or worse -- for so long that they can't help but reward what might be a hollow victory. Much of that mediocrity -- or worse -- has been forged in the dumpster fire of Dayton Moore's Royals career. But since they refused to fire him when he had clearly earned it, they can only look at this season as the hard-fought fruits of his labor ... rather than the welcome stroke of luck it probably is.

This season has already been amazing, but it comes with something that might be hard to choke down if spend too much time thinking about.

Maybe it's best to just hold your nose and let it all go down.