We have seen glimpses of Lorenzo Cain's talent ever since he was acquired by the Royals from the Brewers in the Zack Greinke trade before the 2011 season. But he has had trouble staying on the field, never appearing in as many as 120 games in as season. In 2014 he was finally healthy enough to play something close to a full season, posting career marks in nearly every single offensive category, capped off by an ALCS MVP award. He also earned universal praise as one of the best defensive players in the game, notwithstanding his lack of a Gold Glove nomination.

Lorenzo Cain was sixth in all of baseball in dWAR last year, and anyone that saw him making amazing play after amazing play in the post-season knew those numbers did not lie. The Royals can rely on that defense again in 2015, provided Lorenzo can remain healthy.

Lorenzo's offense however, is still a bit of a mystery. He came to baseball late - his sophomore year of high school - so there is a feeling he can further translate his raw talent into a more refined hitting approach. Some feel he could hit for more power if he adjusted his swing, but that would sacrifice his contact. He is not young though, he'll be 29 by the third week of the season. 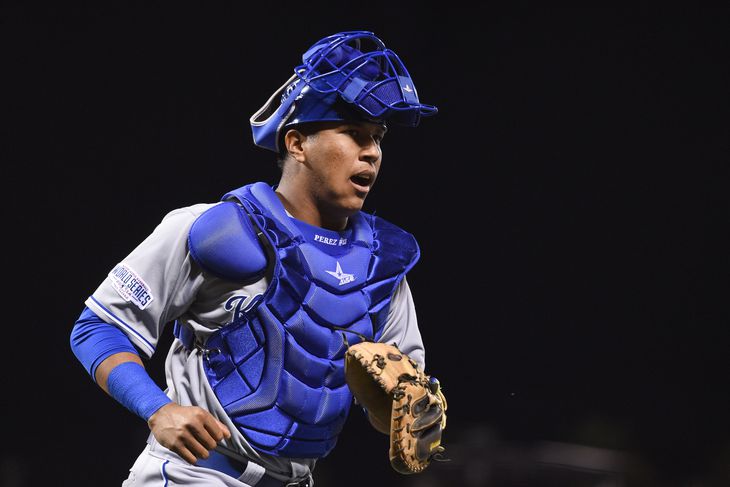 What do you expect out of Salvador Perez in 2015?

Cain hit .300 for the first time in his career last year, although it was fueled by a very high BABIP of .380, the highest in baseball for someone with his number of plate appearances. Lorenzo had a career year despite a career low in his walk rate, down to 4.8%. The average should deflate some, although hopefully Cain can get his walk rate back up to his career rate of 6% to mitigate that decline somewhat.

Health will be the key concern for Lorenzo Cain however. With Alex Rios signing an expensive one-year deal to play right-field, look for Lorenzo Cain to be the one rested often in order to play sensational fourth outfielder Jarrod Dyson.

What do you expect out of Lorenzo Cain in 2015?