The talented catcher could never shake the demons of substance abuse.

Share All sharing options for: The 100 Greatest Royals of All-Time - #23 Darrell Porter

Porter was a left-handed catcher who could hit for power and was one of the best at drawing walks in franchise history. He was a tremendously talented player who at his peak was the best catcher in the game. Unfortunately, like so many of his era, his career was overshadowed by a drug problem that ultimately led to his early demise.

"I had problems and my mind just wasn't 100 percent on baseball."

Darrell Ray Porter was born in Joplin, Missouri but grew up in Oklahoma City. He was All-State in football and baseball and was named "Oklahoma High School Athlete of the Year" his senior year. He turned down a football scholarship to Oklahoma when the Milwaukee Brewers made him the fourth overall pick in the 1970 June amateur draft.

In 1971, Porter destroyed the Midwest League, hitting .271/.425/.557 with 24 home runs. The Brewers called up the 19-year old from Low A ball for a cup of coffee. Porter began the 1972 season as the starting catcher, but was demoted after struggling in the first month of the season. In 1973, he was finally named the starting catcher for good, beating out former All-Star catcher Ellie Rodriguez. Porter rewarded the Brewers faith in him by hitting .254/.363/.457 with 16 HR 67 RBI. He finished third in Rookie of the Year balloting.

Porter had a down year in 1974, but was named to his first All-Star team. He bounced back in 1975 to hit a career high 18 home runs and draw a career high 89 walks, but he declined badly in 1976 with a .586 OPS. Porter, once praised for his defense, was criticized for allowing too many base-stealers.

"I had problems and my mind just wasn't 100 percent on baseball."

With young catcher Charlie Moore ready for the big leagues, the Brewers began shopping Porter. They nearly traded him that summer to Oakland for outfielder Joe Rudi, but the deal fell apart when Oakland refused to let Milwaukee negotiate a long-term deal for Rudi. The Braves looked to make a deal for the young catcher but in the end it was the Royals who were able to acquire Porter and former 20-game winner Jim Colborn for outfielder Jim Wohlford, infielder Jaime Quirk, and a player to be named later (pitcher Bob McClure).

The Royals were "buying low" on two talented players coming off poor seasons, and Porter would reward that faith with a fantastic 1977 season. Platooning with Buck Martinez, Porter was able to hit .275/.353/.452 with 16 HR 60 RBI. Porter endeared himself to teammates with his feistiness, instigating brawls against Texas infielder Bump Wills and Chicago's Bart Johnson. He credited his improved play to hitting coach Charlie Lau, and a new sense of freedom that Royals coaches afforded him, even letting him call pitches for the first time in his career.

"There was nothing like this in Milwaukee…the guys here are trying to help you all the time. They’ll talk with you about your hitting or, if I’m not throwing well, someone will remind me that I’m not up on my toes. There’s a feeling of togetherness that we didn’t have at Milwaukee."

Porter got off to a hot start in 1978 and was named Royals Player of the Month for April after hitting .338. He instigated another scuffe against A's reliever Bob Lacey after Lacey accused him of throwing an elbow on a close play at first. Porter was named to the All-Star team, and was drawing raves from manager Whitey Herzog.

"Darrell is a ‘gamer’, a guy who comes to the park every day ready to play as hard as he can. He’s been a lifesaver for us."

He would respond with an even better 1979. Porter cited being in better shape, a better batting eye, and the fact the Royals were resting him more at designated hitter. He hit .291/.424/.484 with 20 HR 112 RBI and led the league in walks with an astounding 121, the most ever by a catcher. He became only the sixth catcher in Major League history to score 100 runs and drive in 100 runs.  He was named to the All-Star team and finished ninth in MVP voting. 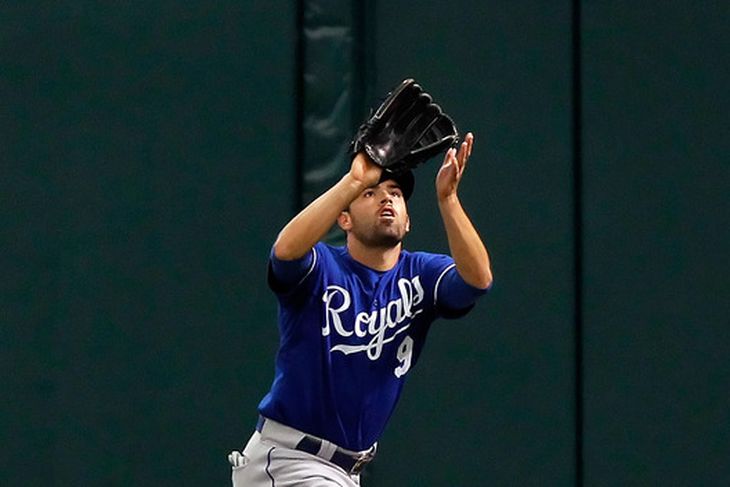 However, the "personal problems" Porter alluded to in Milwaukee were beginning to take their toll. The secret Porter had been harboring his entire playing career was that he was a drug addict and an alcoholic. He was consuming nearly a gram of cocaine a day and was consuming mass quantities of alcohol during the baseball season. He wrecked his first marriage, nearly killed a man in a fist-fight for reasons he could not even remember, and sat in his house in the dark, clutching a gun, in the paranoid fear that Baseball Commissioner Bowie Kuhn would burst through the door to ban him from the game.

In the spring of 1980, Porter stunned the baseball world by checking himself into rehab. He would miss the first six weeks of the season.

"'I didn't even drink in high school.... but when I got into baseball I was suddenly batting .204 and I found that four or five beers tasted terrific. I began using alcohol, which is a drug, and uppers and downers and cocaine, and I smoked a lot of marijuana cigarettes. It started as a social thing, but after a while being high became the reality. After a while baseball was the only thing left.''

Royals fans warmly welcomed him back in May and Porter got right back in the swing of things, hitting .333 over his first 25 games. But he slumped badly after that, hitting .224 over his final 93 games with just four home runs. His final line of .249/.354/.342 was the worst since the disastrous 1976 season that got him shipped out of Milwaukee. Porter struggled to hit in the post-season for the pennant-winning Royals, not a good sign for an impending free agent.

Porter offered to stay in Kansas City at a below-market deal, but the Royals were skeptical. Rumors begin to float that Porter had already fallen off the wagon.

One man who still believed in Porter was his old friend Whitey Herzog, who was now running the St. Louis Cardinals. Herzog signed Porter to a five-year $3.5 million contract, even though he already had All-Star catcher Ted Simmons and young future All-Star Terry Kennedy behind the plate. The next week he shipped both catchers off in separate trades. Porter was his guy.

"I think Darrell Porter is one of the best people I’ve ever known. I’m not the least bit worried about him."

Porter rebounded in St. Louis, where he spent the next five seasons playing for Herzog, but he wasn't the same player. Porter would write an autobiography about his struggles with drug addiction in 1984 called "Snap Me Perfect: The Darrell Porter Story." He would end up facing his old teammates in the 1985 World Series, where he went just 2-for-15.

After his playing career, Porter stayed in the Kansas City-area, doing work with the Fellowship of Christian Athletes, talking to young people about his struggles with drug addiction. He re-married, had three kids, coached Little League. But his demons were not gone.

On August 5, 2002, Darrell Porter was found dead near the Missouri River.

"We wanted to believe Darrell Porter when he said he quit cocaine. And that's why Monday's news landed like a kick to the stomach. Drug tests revealed that Porter died last week of toxic effects of cocaine.

Investigators found clues that painted an awful final scene, one where Porter, in a state of excited delirium set off by cocaine, drove his car off the road at La Benite Park in Sugar Creek, smashed into a tree stump, got out of his car, went to the Missouri River, dunked his left leg, went back to the car and died in the heat.

It was such a senseless way for a good man to die."