How do the other AL Central teams look going into Spring Training?

Share All sharing options for: Checking in with American League Central Division rivals

Back in December, I recapped the offseason moves the other teams in the AL Central had made by that point. Consider this an update on the position of each team going into Spring Training compared to where the team ended last year.

What about the maligned bullpen? New additions Joel Hanrahan, who hasn't been good since 2011 and didn't pitch last year, and Tom Gorzelanny, who really isn't a bad bullpen option, join Joe Nathan, Joakim Soria, Al Alburquerque, Joba Chamberlain, and perhaps Bruce Rondon once he recovers from TJ surgery. The Tigers really need the pieces already there to be better. The bullpen probably got better, but it didn't get better by much.

The lineup is perhaps where the most improvement was made. Jose Iglesias, a defensive wizard at shortstop, should play this year over the hodge-podge of players who logged innings there last year. Ian Kinsler is still there. Miguel Cabrera and Victor Martinez are still the thumpers, though it's hard to say how good Martinez will be after returning from injury. The big acquisition here was Yoenis Cespedes, who will take over left field from the J.D. Martinez/Rajai Davis platoon. Martinez will move to right field to replace Torii Hunter. The Tigers also acquired Anthony Gose from the Blue Jays and will probably run a Gose/Davis platoon in center. Really, the team defense got a lot better. The lineup is still dangerous.

Overall, the Tigers got worse. The downgrades in the starting rotation are huge blows, and moves elsewhere don't make up for the loss.

The Indians would be next. They did very little besides trading for Brandon Moss. Their lineup becomes better and more flexible, but their team defense is still terrible. Their starting rotation is about the same; it's very deep. They can absorb a few injuries there. An enviable position. The bullpen is still full of names, so there's that. The Indians are slightly better; there's not much else to say here.

A recap of off-season transactions for AL Central rivals 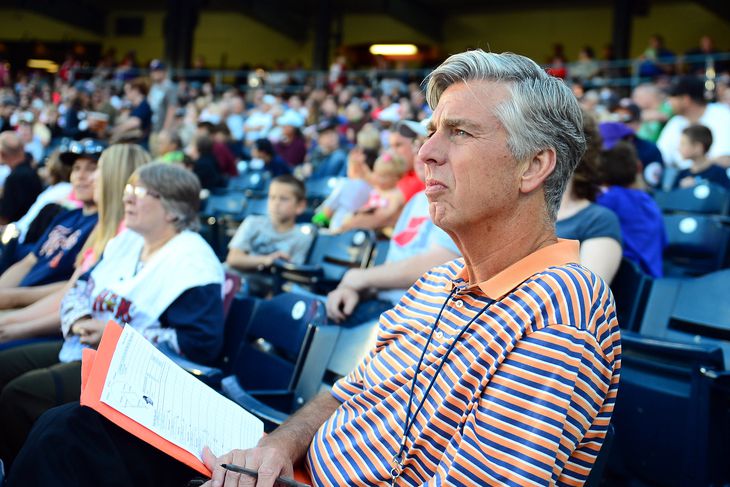 Read up on off-season transactions by the Indians, Tigers, Twins, and White Sox.

The White Sox made a lot of deals with wheels. Jeff Samardzija, Adam LaRoche, Melky Cabrera, David Robertson, and Zach Duke are the primary newcomers. The top 3 in the rotation they have are pretty scary, but the rest of the rotation is worse than the Tigers'. Their bullpen is definitely better. However, the team still has so many question marks in the field. Who will play second base? They got Gordon Beckham back, but he's never really showed much. I think the White Sox will be relying quite a bit on former Royal and super-utility guy Emilio Bonifacio. Second base, third base, catcher, and right field are not the best of situations for the White Sox. Overall, they definitely got better, but they still have a ways to go.

The Twins had two major additions: Ervin Santana and Torii Hunter. Santana is good, but the Twins really won't make any noise. Santana wasn't really a great buy for them. He won't push them toward the playoffs. He won't even push them to be around .500. He helps make the team less bad, I guess. We've been through Hunter. The Royals seemed like they were in on him until the end. I'm glad the Twins got him instead. The Twins are relatively unchanged otherwise. I'm not sure the addition of Ervin Santana outweighs the subtraction by addition of Torii Hunter. It probably does. The Twins got better but only by a little.

So there you have it. The team that improved the most was probably the White Sox, but they're still too far away. The Indians are slightly better, and the Tigers are worse. The Royals, Tigers, and Indians should be fighting for the division lead throughout the year. Somewhere between 85-90 wins is probably what the division winner will have, and I'd lean more toward 85 than 90.