But I don't know what to do with those tossed salads and scrambled eggs....They're callin' again.

The three-headed bullpen monster known as Herrera-Davis-Holland got most of the attention for the Royals last post-season, but Jason Frasor was a pretty underrated piece of the puzzle. For much of the 2014 season, the Royals had a pretty big drop-off in performance from the "Big Three" to the rest of the bullpen, with Luke Hochevar missing the entire season with Tommy John surgery, Tim Collins and Louis Coleman pitching poorly enough to get demoted to Omaha, and former All-Star reliever Aaron Crow throwing a mess of a season. 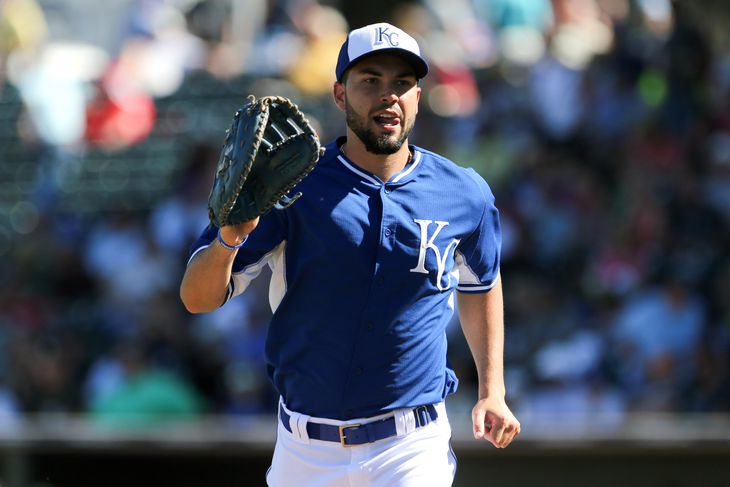 Dayton Moore acquired Jason Frasor in a savvy mid-season acquisition from Texas in July. The 36-year old right-hander allowed just three runs over 23 appearances down the stretch and allowed just one run in seven post-season appearances. Frasor will serve a similar role this year, being one of the first options when "The Big Three" are not needed, or serving as a sixth inning bridge guy to get to the vaunted trio.

Frasor continues to strike hitters out at a rate of nearly a hitter per inning, making him a valuable reliever to have. His fastball dipped in velocity a bit last season, but he can still throw in the low 90s on a consistent basis. His slider still has some bite left, and last year Frasor was able to induce his highest ground ball rate since 2005. He has been better than the average reliever at avoiding the long ball, and he was able to lower his walk rate last year to be just better than league average for relievers.

The projection models all seem to think Frasor can continue to strike hitters out, and although his ERA will probably rise, he can still serve as a nice middle reliever. This will be his first full season in a Royals uniform, but he should be very familiar with the league, having spent his entire career in the American League. He is also more than happy to pitch in Kauffman Stadium. In 20 2/3 career innings at the K, he has given up just one run.

Frasor has a pretty long track record of being a consistent performer. He has never been more than five percent worse than league average, measured by FIP-. He has also been pretty durable, making at least 49 appearances in every season of his career. At just $1.2 million on a one-year contract, Frasor makes for a remarkable bargain, particularly as our rival contenders up north struggle with bullpen issues.

What do you expect out of Jason Frasor in 2015?