After an interesting first week, Bubba Starling turned the corner and has reportedly been moved up to AA Northwest Arkansas.

Bubba Starling has been called up to AA Northwest Arkansas, a promotion from the High-A Wilmington Blue Rocks. Over the first twelve games, he was hitting .386/.471/.614 with four doubles, two home runs, twelve RBI, and six runs scored with eight walks (1 IBB) and seventeen strikeouts. Presumably, Starling will play center field for the Naturals, with Lane Adams shifting to left and Jorge Bonifaciostaying in right. It leaves Terrance Gore without a place to get consistent ABs, but I don't know if anyone is particularly concerned about it. The promotion follows one of the more interesting two week periods for a minor league player that I have seen. For the first week, Starling had an all-or-nothing approach at the plate, striking out fourteen times in his first six games. Despite the K's, he recorded eight hits in twenty-six at-bats, slashing .308/.357/.538 with three doubles and a home run.

How has Bubba Starling looked so far? 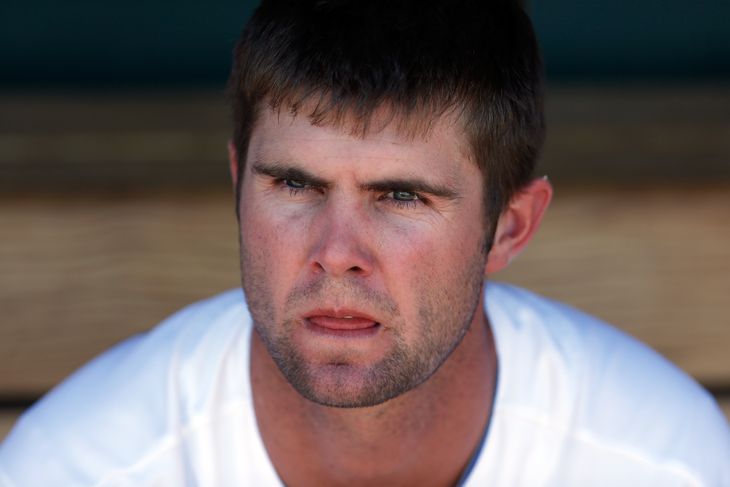 The past week, though, Starling has hit even better, and the strikeout numbers have fallen by the wayside. In his last six games, he has struck out only three times (still not great, but better) while drawing five walks, hitting another double and a home run along the way.

Starling was taken with the fifth pick in the 2011 Amateur Draft as an eighteen year-old out of Gardner-Edgerton High School in Kansas. He turned down a two-sport scholarship with the University of Nebraska to sign with Kansas City.

It is important to note that, though this is the start of Starling's fourth year in the system, he is still just twenty-two years old. Comparatively, Hunter Dozier is twenty-three. Cheslor Cuthbert is twenty-two. Kyle Zimmer and Sean Manaea are both twenty-three. Granted, all of those prospects have shown something in the advanced leagues, and are considered fairly close to the majors. It is just important to remind ourselves that, despite the fact that Starling has been around for four years, he's not vastly older than many other prospects.

It is also important to note that this doesn't necessarily mean anything, other than the Royals feel like Starling is ready for a promotion. Starling still hit .218/.304/.338 in 549 plate appearances in High-A last season, which is a sample size eleven times larger than the one he has put up this year. However, it is an encouraging sign for a player who has steadily slid from first to tenth on team prospect lists during his pro career.