Those dastardly Sox may not be down for long.

The White Sox have been in rebuild mode the last season or two, which is why it surprised so many when they aggressively pursued Oakland starter Jeff Samardzija in a trade this past winter, landing the impending free agent in his contract year. It would turn out to be one of many moves the White Sox made this winter to improve an organization that had back-to-back losing seasons for the first time since 1988-1989.

The White Sox had a lot of question marks with their club going into the 2014 season, relying on a young roster that would end up being the fourth-youngest group of hitters in the league and the second-youngest pitching staff.  The youngsters turned out to be pretty decent at first, with the club hovering near .500 until they dropped 23 of 32 games beginning in early August to doom them to an 89-loss season.

The organizational strategy seemed to be to build around a few young stars like Jose Abreu, Chris Sale, and Alexei Ramirez, and see what sticks. They were able to find a few gems like centerfielder Adam Eaton, a thorn in the Royals side, acquired from the Diamondbacks the previous winter. Eaton and his .362 on-base percentage proved to be the perfect table setter for slugger Jose Abreu who won Rookie of the Year. Abreu put up a fantastic season, hitting .317/.383/.581 with 36 HR 107 RBI, finishing fourth in MVP balloting.

On the pitching side, Chris Sale was spectacular, finishing with a 2.17 ERA with the highest strikeout rate among league starters. Jose Quintana would be another bright spot in the rotation, and Hector Noesi surprised many by putting in some serviceable starts. However most of the White Sox pitching staff was a mess of no-name arms, and the club finished second-to-last in runs allowed.

The big move for the Sox last winter was bringing pitcher Jeff Samardzija back to Chicago, after a short stint last summer with Oakland. Samardzija is coming off his best season, a 2.99 ERA/3.20 FIP season that was worth 4.2 fWAR. Despite being a ground-ball pitcher, Samardzija can be home-run prone, and moving to Oakland to U.S. Cellular Field will not help him in that respect. Still, he has struck out nearly a hitter per inning over the last four season, so if he can continue to miss bats, he should continue to be a front-line starting pitcher.

The White Sox continued their rebuild by out-bidding the Royals for the services of outfielder Melky Cabrera with a three-year, $42 million contract. Cabrera is coming off a solid bounce-back year after a disappointing 2013 in which he had a tumor removed from his back. Melky settles in nicely as the #2  hitter in the lineup, where he has been a terrific player at making contact and moving runners over. By slotting him into left-field, Chicago can also hide Melky's defensive deficiencies that have surfaced with him in centerfield.

The White Sox may have watched the Royals bullpen in the post-season and decided to get a shiny, dominant reliever of their own. They grabbed the best reliever on the market in former Yankee David Robertson, signing him to a four-year, $46 million deal. Robertson was 8th in all of baseball in strikeouts-per-nine innings at 13.43, and he was 15th among relievers in fWAR, saving 39 games for the Yanks. Reliever don't have a long shelf life, so Robertson could implode during this contract, but at age 29, the White Sox are likely to at least get a season or two of All-Star-level performance from him.

Chicago inked the Fort Scott, Kansas native to a two-year, $25 million deal early in the off-season to serve as the club's designated hitter. The 35-year old still has pop in his bat, swatting 26 home runs for the Nationals last year, and he can draw some walks with 82 last year for a walk rate of 14%. LaRoche will provide a solid left-handed bat to hit behind Abreu in the lineup, and someone who can fill in at first on occasion for the defensively-challenged Cuban.

Jose Quintana is probably the most underrated pitcher in baseball right now. Signed as a minor league free agent by the White Sox in 2011 after bouncing out of the Mets and Yankees organization, Quintana has become one of the best young lefties in the league. Over the past two seasons, he has the seventh-most fWAR in the AL, with the tenth-best FIP at 3.32. Quintana slots in nicely as the #3 starter behind Chris Sale and Jeff Samardzija, and gives the White Sox a very formidable front of the rotation that could be tough to face in October - if they get that far.

White Sox by the Numbers

The White Sox bullpen was a far cry from the Royals last year, finishing second-to-last in the league in ERA among relief staffs. Only Twins relievers struck out hitters at a worse rate, and Chicago relievers had the worst strikeout-to-walk ratio in the league at 1.61.

The White Sox invested a lot of money in closer David Robertson and also signed veteran lefty specialist Zack Duke to a three-year, $15 million deal, but the bullpen is still a big question mark. Rookies Jake Petricka and Zach Putnam put up very solid ERAs last year, but neither misses bats at a rate you'd like to see out of a reliever, and Petricka will likely begin the year on the disabled list. After those four pitchers, the pen will be made up of fringy relievers who probably wouldn't make most Major League rosters. Fangraphs projects only Robertson and Duke to be above replacement level.

The White Sox consistently have their farm system ranked low by prospect mavens, yet have still done a good job building a young team with potential. This year they could get more help from a couple of rookies in second baseman Micah Johnson and pitcher Carlos Rodon. Johnson is a speedster who swiped 84 bags in the minors in 2013, although he suffered from some injuries last year. Rodon is Chicago's first round pick from 2014 and could be in the big leagues quickly after impressing in spring training. 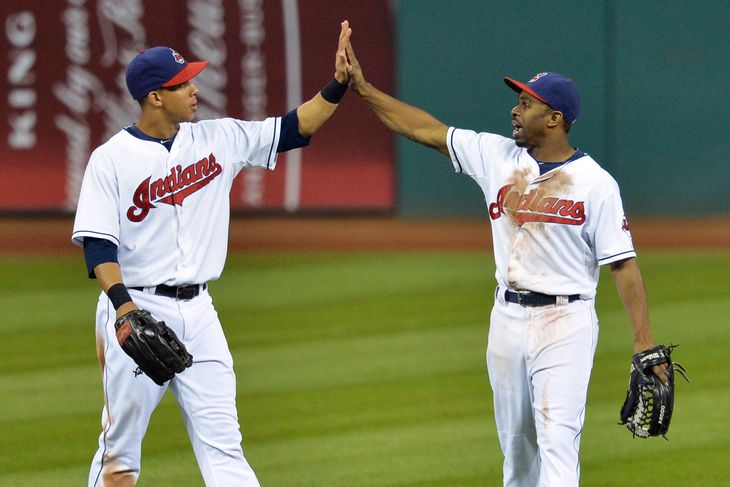 The big splash additions the White Sox made should improve the team significantly. Samardzija projects to be about a 3 WAR player, with Cabrera adding 2 wins, and LaRoche, Robertson, and Duke combining to add another 3 wins. However the White Sox have a long way to go to competing, after winning just 73 games last season. The lineup drops off significantly after the first five hitters, with catcher Tyler Flowers, right-fielder Avisail Garcia, and third baseman Conor Gillaspie putting up underwhelming numbers in their careers thus far.

The White Sox will also have to sort out the wheat from the chaff in the pitching staff, building around the strong nucleus they have with Sale, Samardijza, Quintana, and Rodon. There is no doubt that General Manager Rick Hahn has the White Sox moving in the right direction, the question is just if the White Sox will be ready for contention in 2015, or if their window will open down the road.