Mrs Farmhand and I turned Monday's Cueto Day into a two-day holiday, a needed break after slogging through June and July. This is the latest into a season I've gone without making it to the K, so the trip was a real treat. We left our central Missouri farm in the morning, drove our favorite back roads the ~2.5 hours west, including an enjoyable side trip through Grand Pass Conservation Area where the abundant woodpeckers and herons were showing off. We enjoyed some area attractions, stayed the night across the street from the K to avoid parking & traffic well worth it), had fun the next morning, and drove home by evening. For whatever it’s worth, here’s some notes on the experience.

The Truman Presidential Library is fantastic. We spent hours there and probably could have spent longer. Nicely done interpretation, lots of interesting "artifacts", well laid out. I was particularly struck by some of Truman’s personal notes on crises like the Berlin airlift. I respect the hell out of Truman, and was moved by visiting his library and gravesite. However, as we did this AFTER walking 10+ blocks around Independence, to see the National Park Service's Truman & Noland homes (also well worth it), we were pretty whipped by late in the day. We’re not using to walking/standing on hard surfaces; concrete does much different things to the leg muscles than soil.

Unfortunately, the RR meetup didn’t work out exactly as I’d hoped. As noted, by the time we got to the stadium around 6, our legs were killing us and all we wanted to do was sit down. So standing around Craft & Draft was less than ideal. Also, we’re not used to loud places, and C&D was piping in the scoreboard blather at full volume, along with all the patron voices echoing off the concrete chamber; we couldn’t hear/understand a thing being said unless it was right next to our ear, so it was pretty hard to have a meaningful conversation beyond a few pleasantries. So we bailed and found our seats. Nothing personal, guys.

What a glorious night for baseball. Clear, crisp, just enough wind for comfort. It felt lovely to relax with baseball after a trying summer on the farm. The cherry tomatoes and home-grown popcorn we brought were a far better bargain than the $11 beer we split, and our blackberries & melon put Aramark food to shame. We had so much fun we forgot to take any photos.

The Royals put on a clinic for Mrs Farmhand. I’d explained the theories behind roster construction; the first two hitters singled before a nice power double scored them. I’d explained the tragedy of Alex Rios; he promptly failed to run down a ball in the RF corner directly below our seats. I’d explained some of the more advanced stats; she had fun comparing Escobar to Perez (former no power, latter no discipline) and making fun of meaningless scoreboard states like BA with runners in SP with 2 outs. Oh, and Salvy also fulfilled my prediction of pulling everything down the left-field line. She’s a numbers-minded scientist by training, so that aspect of baseball comes easily to her. That evening, back in the hotel, she started looking into R scripts for collating and analyzing baseball data. I love her.

Beyond that, you all know how fun the game was. Easily the best Royals game I’ve seen live. Never been to a full K like that, and the energy of the crowd was something special, as was Cueto. No assholery, though I was amused by the drunk guy behind us trying to tell a rambling story about Shee Shee Shabathia. It's been years since I saw a Royals win live, and it was truly special.

Picture the scene: a cluster of pedestrians waiting patiently at the crosswalk on Blue Ridge Cutoff, waiting to get across the six lanes of traffic to our hotel. Three nice cops waiting for the right time to stop the stream; one warned us about going it alone, noting that "last week someone went solo, did a 360 over a hood". The cops bravely step out into traffic, waving lightsticks in both directions and slowly damming the automotive river. Our flock begins to dabble across. Just as the leaders reach the center line, a black car comes roaring around the lanes of stopped cars, right through the line of startled cops and targets. It blares right past/through us as a dozen voices shout various appropriate phrases. The cops shake their heads; I glance at their parked motorcycles hopefully, but they have their hands too full to chase after the asshole who’s already vanished toward I-70. We all survive the crossing.

The next morning, we spent nearly five hours at the Kansas City zoo, getting our money’s and mileage’s worth of critters. The first exhibit you encounter upon entry contains otters; the little buggers were all curled up asleep, tuckered out from the previous night’s exertions, absurdly cute. We know zoos are controversial, we’re torn on them ourselves, but damned if we didn’t enjoy every minute of those five hours. 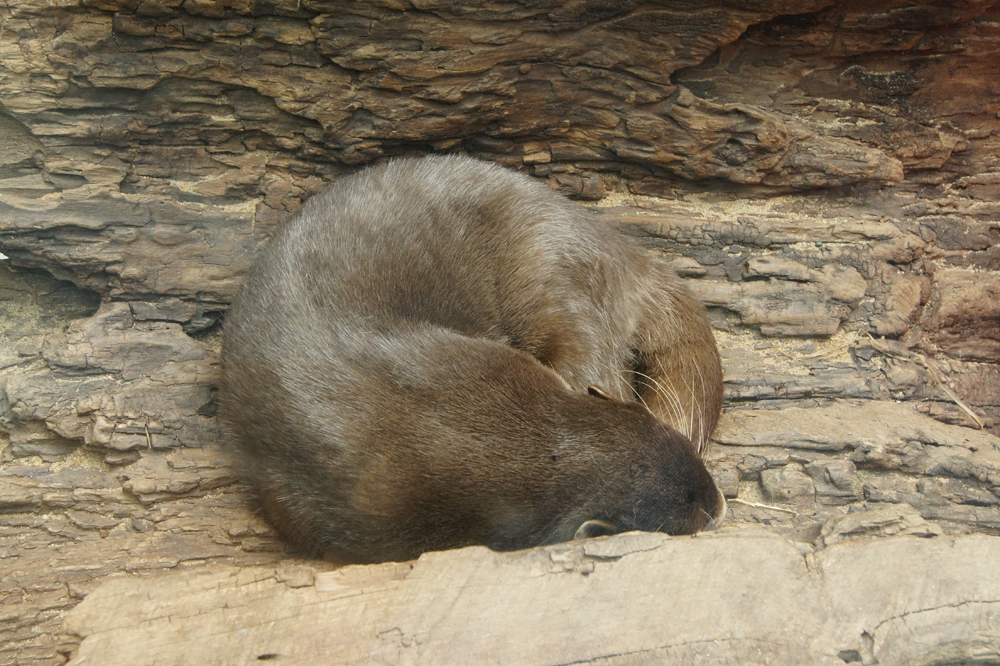 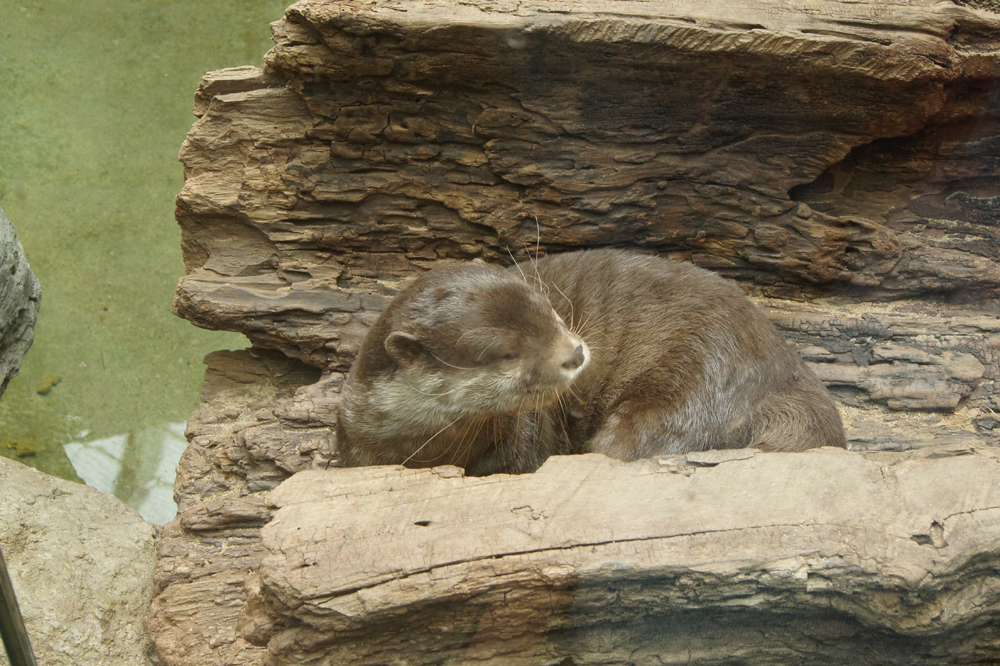 Wake me when Cueto pitches again.

After a pleasant drive home through the west Missouri plains, marred only by changing a flat tire on an obscure but beautiful gravel road, we returned home in time to let the chickens out for a few hours and listen to the Royals drub the Tigers again. I won’t be back in KC again until playoffs, if even that, but it sure was a fun two days. Maybe I'll meet some of you at a playoff tailgate, where my rural-silence-attuned-ears can hear you properly.