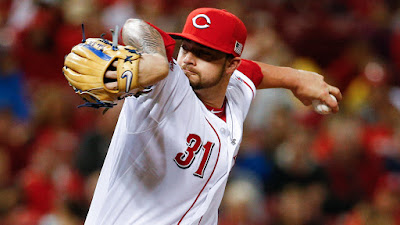 Danville, Kentucky -- Folks, I don't usually write about Spring Training games. Spring is a time of renewal; of pitchers stretching their arms out, and batters learning to see the ball again after a Winter of baseball-less discontent. Baseball games played in March are very easy to dismiss as irrelevant compared to the grueling 162 game stretch that awaits. It takes a Spring Training game of special magnificence to prompt me to put down the margarita and pick up the keyboard and start writing about baseball.

Tomorrow's match-up between the Kansas City Royals and Cincinnati Reds is one such special match-up. Brandon Finnegan will toe the rubber for the Reds against his former team. To understand why I am about to spill serious ink on a baseball game played in Spring -- the season of Shamrock Shakes, March Madness, and Peeps -- we must return to the Autumn of 2014.

September 30th, 2014. It was a brisk Autumn night, with brown leaves littering the parking lot of the picturesque Kauffman Stadium, and a sold-out crowd that resembled an ocean of the most royal blue hue. 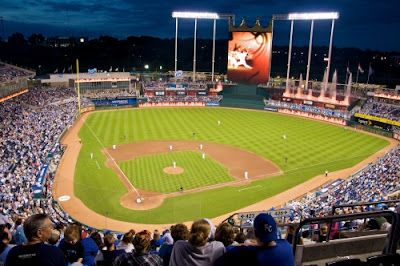 After early exits from Big Game James Shields and trade deadline hot commodity Jon Lester, the Kansas City Royals scored off of Oakland Athletics proven closer Sean Dolittle in the bottom of the 9th to tie the game at 7-7. The season hangs in the balance.

Enter Brandon Finnegan: the former TCU Horned Frog and first round draft pick who would go on to become the first player to appear in both the College World Series and the MLB World Series in the same year. The Irish flamethrower's work was cut out for him: he had to shut down the Athletics -- a team that had earlier been anointed prohibitive World Series favorites by the sabermetric crowd -- and give the Royals offense a chance to win. It was a situation that would've overwhelmed a lesser 20 year old. 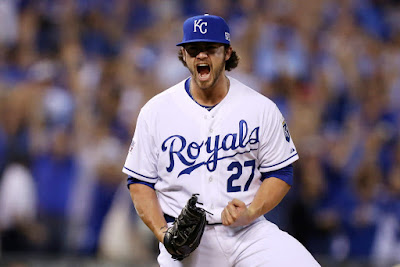 Young Brandon remained calm, cool and collected, but his fastball was fire. He struck out three batters over 2.1 innings, putting the Boys in Blue in a position to win. After some 12th inning heroics from Eric Hosmer, Christian Colon, and Salvador Perez, the Royals had advanced to the ALDS, and the image of a Salvador's pulled ground ball just barely escaping the reach of a diving Josh Donaldson was now immortalized in the collective memories of Kansas City sports fans.

Thanks to many more strong outings from Brandon Finnegan, the Royals eventually reached the World Series later that Fall. The rest is history. After losing in 7 games to the eventual World Champion San Francisco Giants in 2014, the Royals became World Champions themselves in 2015.

But not every member of the 2014 Royals was around to share in the triumph of Kansas City's World Series victory in 2015. Brandon Finnegan was one such man. 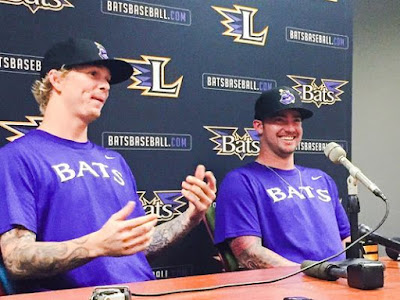 As Brandon takes the mound to pitch against his former team, he'll remember the feeling when he received the phone call saying that he had been traded to the lowly Cincinnati Reds for eventual postseason hero Johnny Cueto. It was a mixture of shock, confusion, excitement, and even betrayal. Brandon will recall the feelings of trepidation as he donned the uniform of the AAA Louisville Bats, the finest baseball team in Kentucky. More than anything, Brandon will remember the Ring that Got Away: the ambivalent feeling of sadness and pride he felt as he saw his former teammates celebrate a World Series championship without him last October.

As Brandon walks out onto the field of Goodyear Ballpark, in the heart of Arizona, he'll observe his surroundings. There are no Autumnal colors to be seen today: just a clear blue sky and sandy stretches of golden desert in the background, topped with swaying palm trees.

Everyone knows in Spring Training that the process is more important than the product. Brandon will give up some hits, and perhaps even walk a batter or two, in spite of every Royal batter's earnest attempt to put the ball in play rather than improve their OBP. Wizened dugout general Ned Yost will be impressed by the young Irishman's command of his high-voltage fastball, and the late movement on his off-speed offerings. Regardless of what the box-score shows today, Brandon's MLB future is bright.

After the game, Brandon will share an expensive dinner with old friends from his Kansas City days, perhaps Mike Moustakas, Jarrod Dyson, or his old bullpen mentor Wade Davis. Brandon will slowly sip on a glass of Jameson Whiskey, watered down as ice cubes melt away, like Autumn melts into Winter which melts into Spring which melts into Summer. The crew will discuss other heroes of 2014 who didn't enjoy the triumph of 2015: Nori Aoki, the slap-hitting speedster who was the spark-plug in so many Royals rallies, and Billy Butler, the rotund designated hitter with a heart of gold. 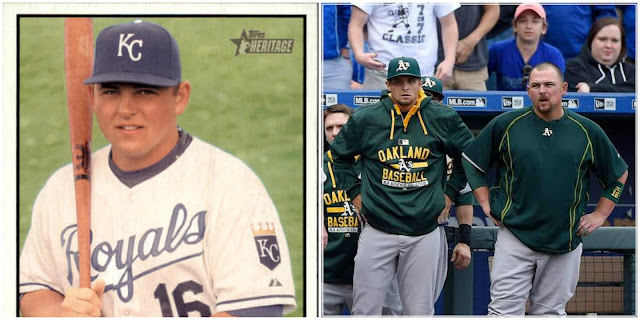 If ever there was a person who deserved to win a World Series in a Royals uniform, it was Billy Butler, who was drafted by the Royals and stuck with the team through the good times and the unspeakably bad times. Country Breakfast was synonymous with Kansas City itself, like blues music or barbecue sauce. You may not remember, but Billy Butler actually had his own barbecue sauce. After being a lone bright-spot of excellence on 95-loss teams for most of his Royals career, Billy finally tasted postseason action in 2014. Billy savored the taste, and hungered for more, like an impatient child at IHOP. Yet, fate is often cruel and Billy also watched from afar as the team he helped nurture and mentor celebrated a World Series win in his absence. As Brandon ponders the tragedy of Billy Butler, the headstrong twenty-two year old will feel plucks of melancholy and nostalgia on his heart-strings as he fondly recalls his time in Kansas City.

Ultimately, Brandon's thirst for a ring will be his greatest motivator. Brandon was inches away from winning a ring in 2014, and was wrongfully denied a ring in 2015. When Brandon takes the field for the Reds in the upcoming 2016 campaign, he'll be competing to reclaim the Ring that Got Away. As a Reds fan, I eagerly await the opportunity to see this fine young arm pitch in the Great American Ballpark this summer. 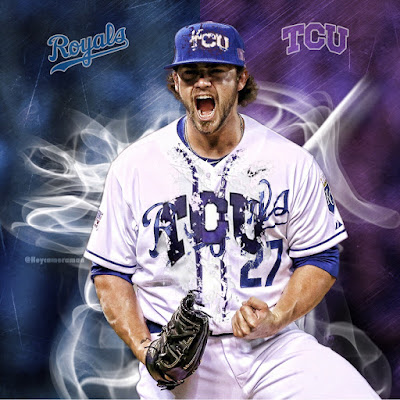