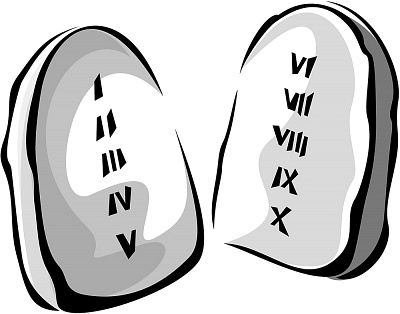 The Rally Zoo dates back to the futility years and the images belong to Fernando Vina School of Linguistics (and are in a Photobucket that is presumably his). I'm honestly not even sure how I've become the Rally Zoo caretaker and if he returns from the wilderness, they are his to command. I've created a couple but I almost never use them and they pale in comparison to his.

These six seven eight commandments have evolved over time and will likely change again. The baseball gods work in mysterious ways. However, these are the current teachings to be imparted upon all Rally Zoologists (I was going to use the term zooist but then found out via googling that I don't want to use that term).

This is the first and greatest commandment. First off, otters are not part of the Rally Zoo. Second, DO NOT otter anywhere in the game thread before the last out is recorded in a Royal victory. Not only should one not post otter pictures but it is highly frowned upon to even mention the word "otter". If you do, you anger the old testament baseball gods and BAD THINGS HAPPEN. Just don't do it.

If the other team is up, you risk starting a rally for the other team. Why would you do that, you monster? There have been experiments with run prevention flora to pair with run creation fauna but they are still a work in progress.

After all, if they were ahead: why would they need a rally? You shouldn’t ask for runs when the Royals are ahead: that’s just mean.

This is more a guideline than a commandment and it's okay to use your judgment here. The game should be an official game, especially if it's close. However, if the Royals are behind by more than a couple of runs, start the Rally Zoo early. Heck, even if the other team gets a 3-run first and you want the Royals to answer: that makes sense. Just don't abuse the Rally Zoo.

The zoo has more than 9 animals and you should not reuse any throughout the course of the game. For greater efficacy, pick your Rally Animal based on the situation. If the Royals need runners, use ducks. Did the sun just go down? Rally chinchilla is cute and popular. An Australian in the game? Rally Koala, mate. Has the Royals offense been bad lately? Rally Emo or Rally Dodo.

Even the "lesser" Rally Animals have great power. They do not need to be used more than 1 per inning. Otherwise you risk running out in the most important game in the franchise's recent history.

You’ve saved up karma by not asking for silly things all 29 seasons season, so use it when you need it most. NO, YOU STILL CANNOT OTTER PREMATURELY. But, you can go to the Rally Zoo in the 1st or use the aforementioned double Rally Amoeba. There's the Wild Card game rally barrage. Or using non-standard Rally Animals. You should still use common sense but you can be a bit more free and easy with the Rally Zoo in the playoffs. It might be a good idea to leave the playoffs to senior zoologists.

Remember, these are subject to change. Be courteous to other when using it. And be responsible with it so as not to anger the baseball gods. They are fickle and you never know when you might need help from the BABIP fairy.