Game CXVIII Thread: The Royals of Kansas City versus the Tigers of Detroit

Share All sharing options for: Game CXVIII Thread: The Royals of Kansas City versus the Tigers of Detroit

Slapped between two series with the lowly Minnesota Twins, the Kansas City Royals start a three-game tilt with the second-place Detroit Tigers tonight. One has to think that the only shot the Royals have at getting back in a race for the Wild Card started with last Friday and hinges upon them doing well against Detroit and then taking care of business in their four-game series with the Twins that starts Thursday. Any serious closing of the gap with Detroit probably requires a sweep this series.

It is now or never, Royals. This is the one good week they need.

Tonight, the Royals send Ian Kennedy to the mound. While it would be tough to argue he's been worth his salary, he has had flashes of brilliance. Those have been offset by a few debacles, but he has at least looked all right against the Tigers in his two starts - 11.2 innings, three earned runs, ten hits allowed, ten strikeouts, and four walks.

Ian the Red will duke it out with oft-injured southpaw Daniel Norris for orb-hurling supremacy.

(Ed note: Don't blame OMD if these are wrong since I put them in for him -sterlingice)

These will be the Royals tonight: 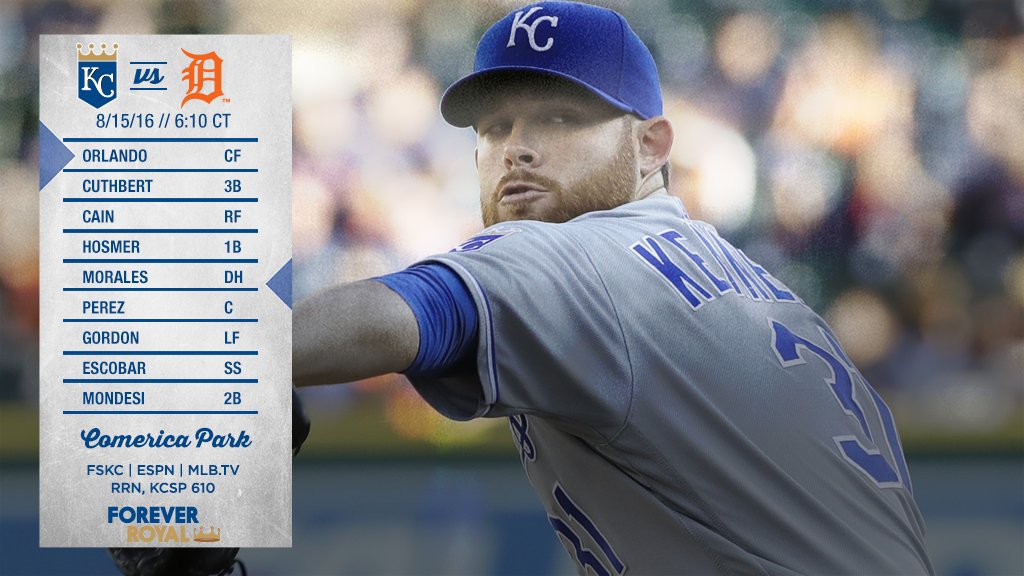 And these are the evil Tigers:

.@DanielNorris18 takes the mound for us as we open a 3-game series vs. the Royals. #Tigers lineup: pic.twitter.com/s8HvNeg9Fu 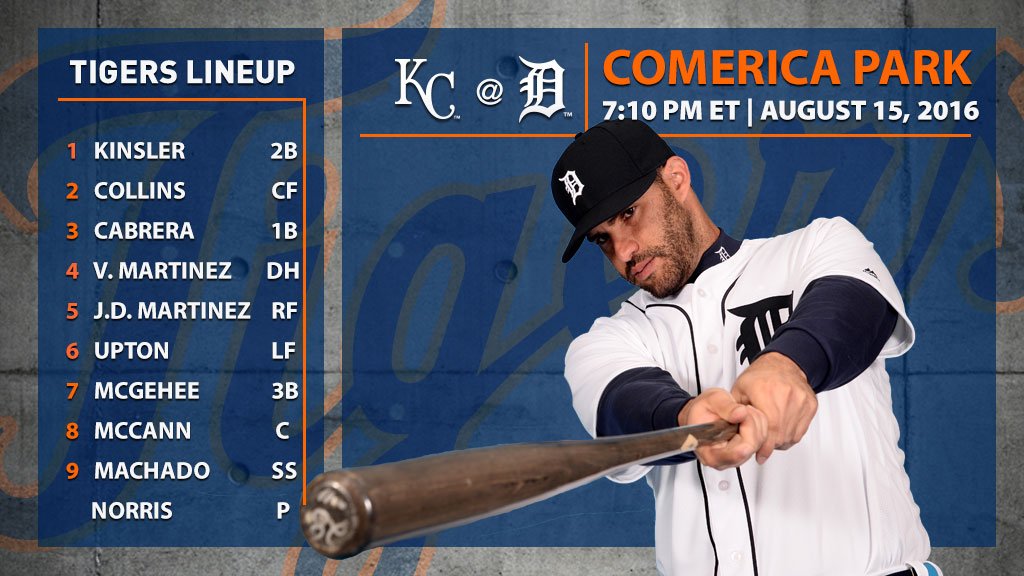 This game will be a WAR.