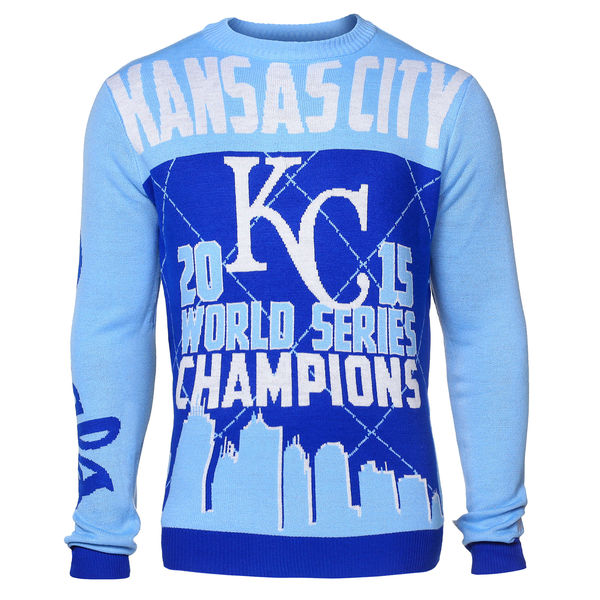 Yes, ugly sweaters are still a thing in the Royals store. If you've been on the fence in past about whether or not to adorn yourself in mainstream hipster ironic fashion, here's your chance to come over to the dark side; we have cookies obnoxiously brazen references to the fact that our small market franchise has recently won a World Series championship while yours probably has not. Also great attire to wear to a tailgate in August, like the shirtless fans at Lambeau only exactly the opposite! Something about Ichiro, Kansas city, two rats, and a wool sock, I believe. 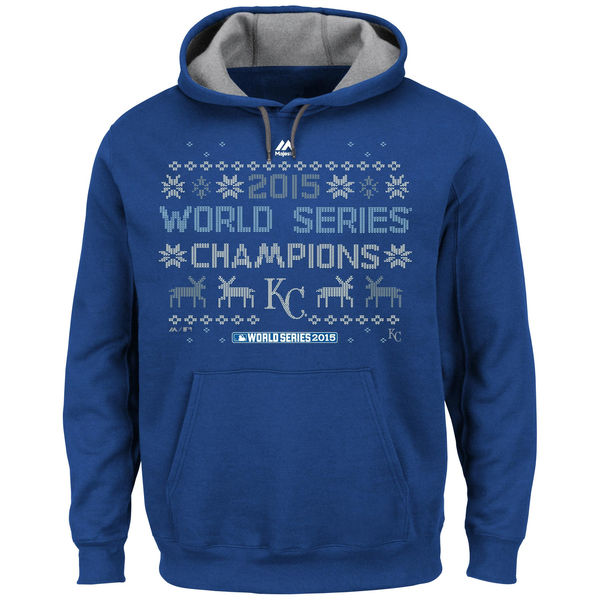 Of course if you're not able to fully commit to an itchy sweater, you can always half-ass the commitment by getting a screen-printed sweater design on a nice comfy hoodie. Fanny pack and socks with sandals not included however, dads. 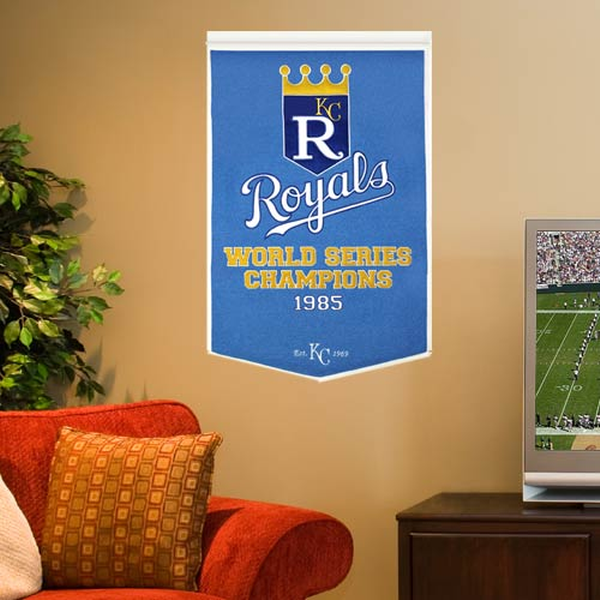 I think we're all aware that we've now won TWO World Series, but we're choosing to just highlight the one here. This just has to exist to subtly troll Cardinals' fans. Cardinals fans can talk all they want about their eleventeen championships in the world's best baseball town (and which high school did you go to again?), but our first championship is also seasoned with delicious, delicious schadenfreude. 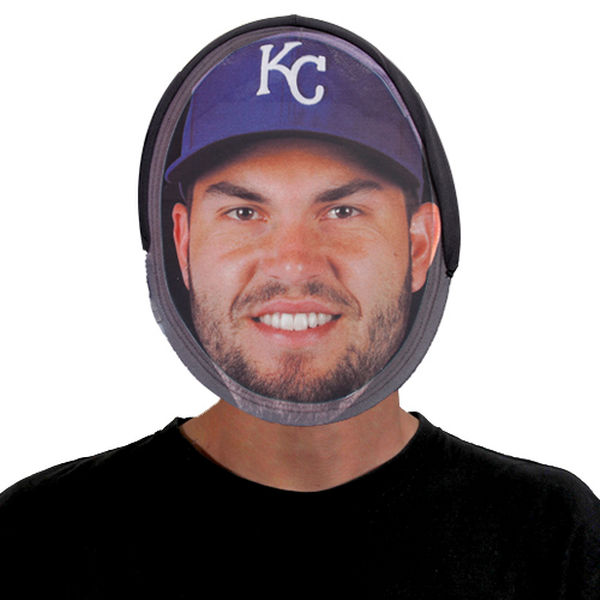 I... I just don't know about this one. I assume this is to be worn at a baseball game? I sure hope so. Any other uses are too frightening to contemplate. 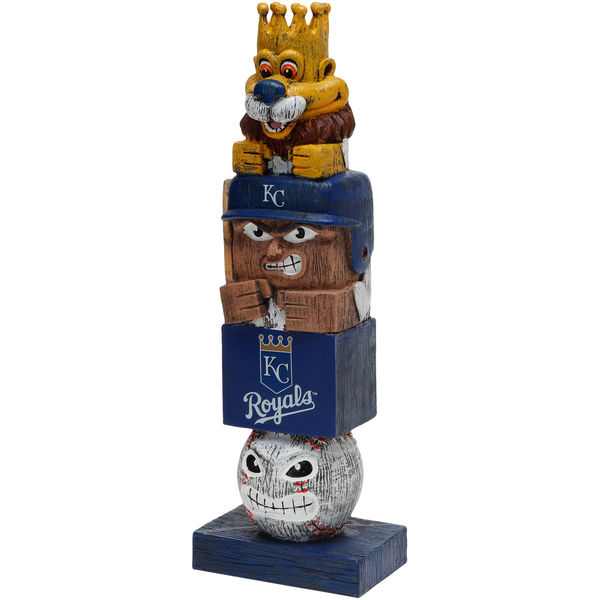 For those of you ready to move on from the garden gnome fad that swept over Royals Review nation the past few years, you can update your kitschy garden figurines with a tiki sculpture now. I think I blame Moana for this. 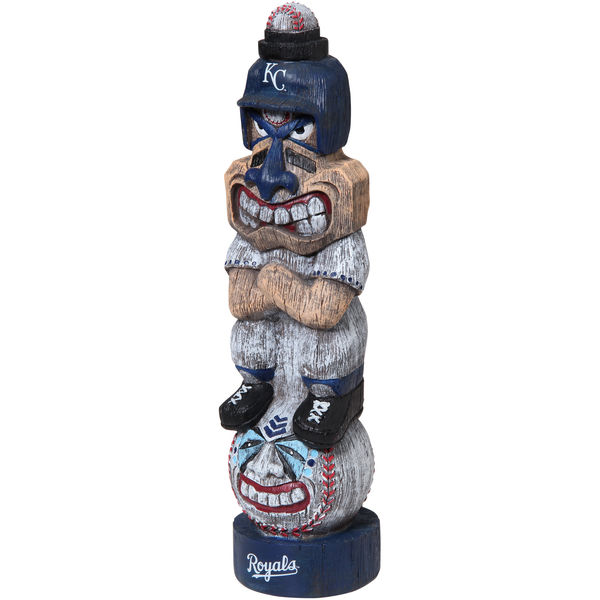 This one just makes me uncomfortable, as there doesn't appear to be a physical difference between the ball and the player. I'm guessing I know why he's scowling. 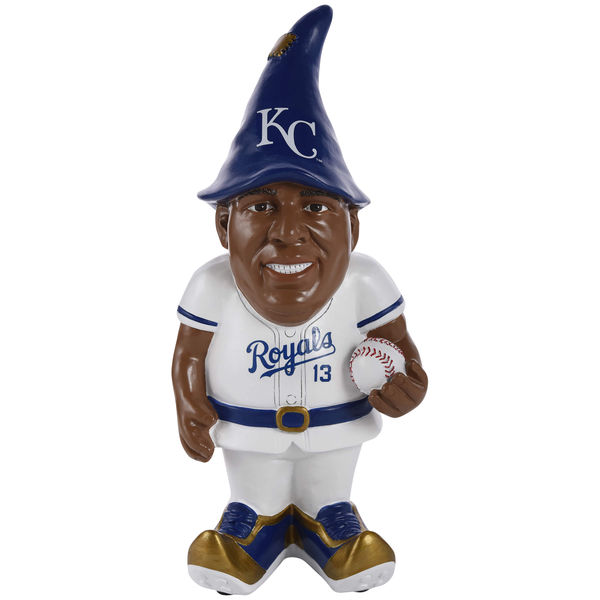 Just kidding about the garden gnomes; gnomes are timeless! Especially when you can have an Al Roker Salvador Perez figurine that I like to think was designed by Lorenzo Cain as a form of petty vengeance for Sal's video shenanigans. 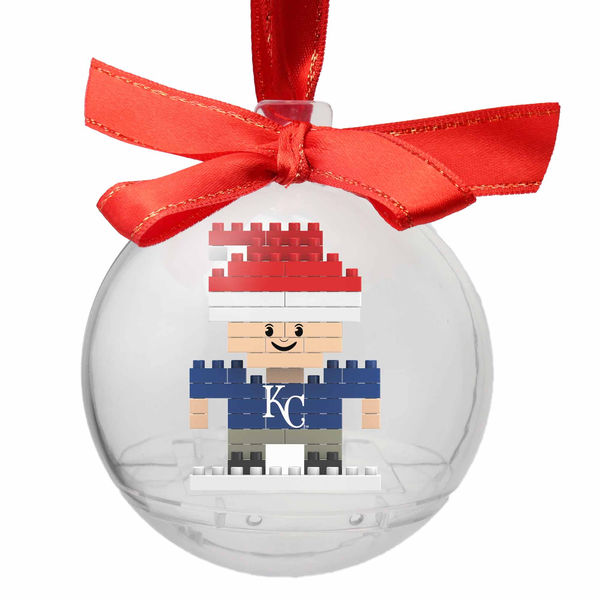 A mini-Royals player wearing a Santa hat made of Legos encased in a hamster ball designed to hang on a Christmas tree. It's like the marketing department was playing Mad Libs when they were trying to come up with something that would sell. 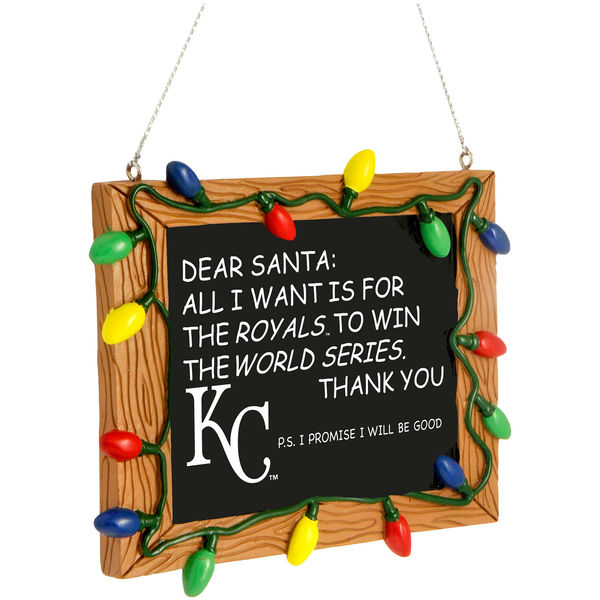 Nice sentiment here I suppose, but all I can see in my mind is an exasperated Santa saying "You've gotta be kidding me, right? Two years ago you guys had nothing but championship DVDs and hats and shirts and World Series dirt filled commemorative coins under your trees, and you're already back at it?? Do you realize how much overtime I had to put in two years ago to get you to that point?? YOU STARTED ALEX RIOS IN RIGHT FIELD! YOUR ALCS MVP WAS THE WORST HITTER IN THE LEAGUE! Listen here you sorry little ingrates, if I see something like this pop up again in the next 15 years, I'm going to field an entire roster of Yuniesky Betancourts for you just so that you appreciate the next World Series win if I decide to grant you one. I'm penciling in Brandon Moss as your starting 1B right now as a warning." 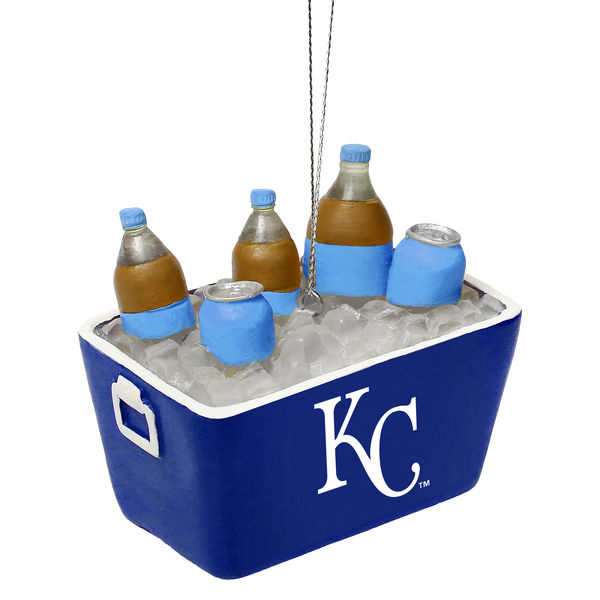 Keep in mind, this ornament is a soda cooler, to commemorate the good times of summer when you load up the back of the truck, head to the K, and spend 3 hours pre-gaming by shotgunning a 6 pick of Coca-Colas. I feel like Dayton Moore had something to do with here with the clarification here of what exactly is in the fake cooler. 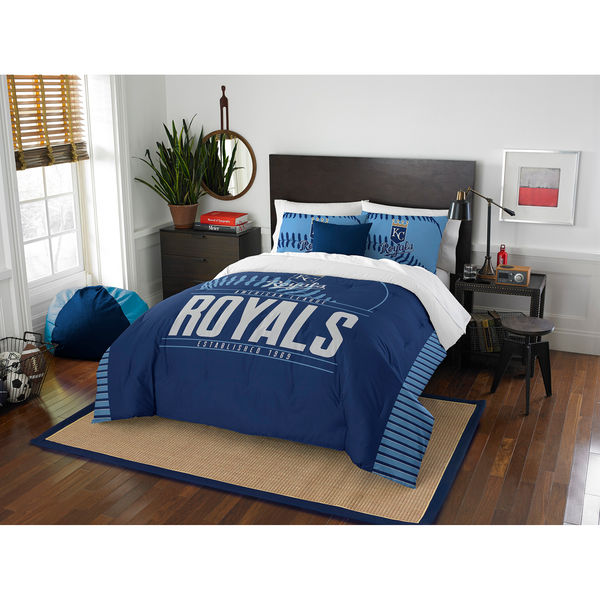 I think this one just cracks me up not because of the product (excusable, provided you're 13 or younger), but the stock photo. Nice hardwood floors in a clean, upper middle-class hardwood floored bedroom, complete with a houseplant and scholarly books. Yep, let's complete the aesthetic with a Royals comforter. Wives everywhere will love it. 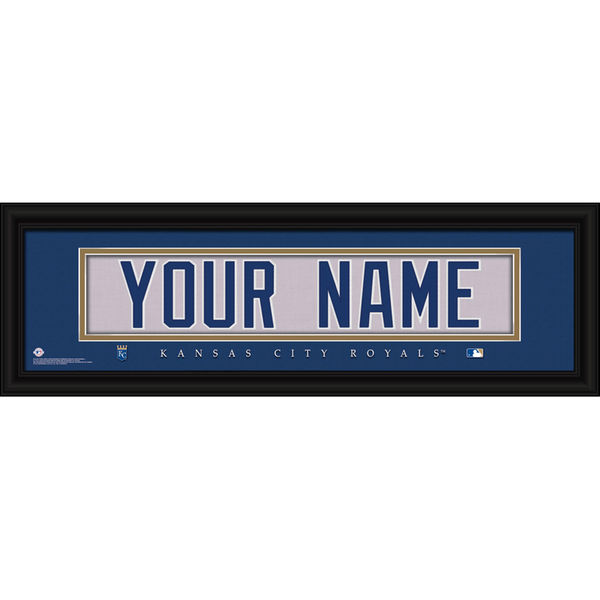 Need a new wall-hanging? Here's an idea, just aggressively highlight YOUR NAME in bold font, with "Kansas City Royals" in fine print below. It's the picture equivalent of a Mike Jones song. 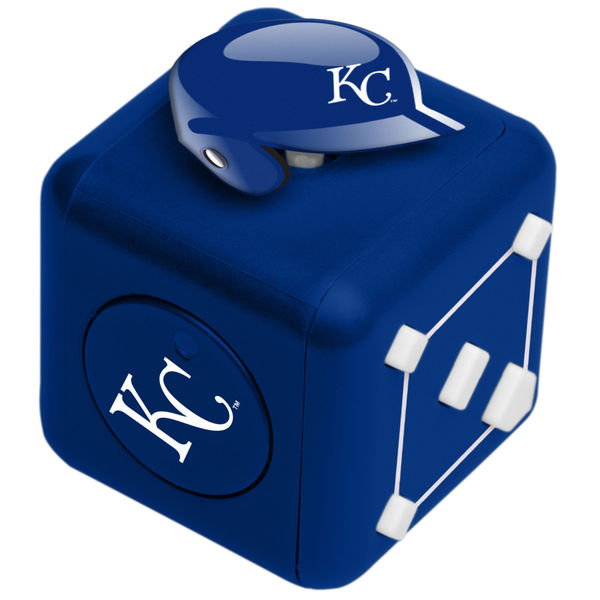 Yeah, I suppose this was inevitable; it's not the Royals store unless it's just now offering items from a fad that's since died out. You should see the amount of Blackberry phone cases still available. 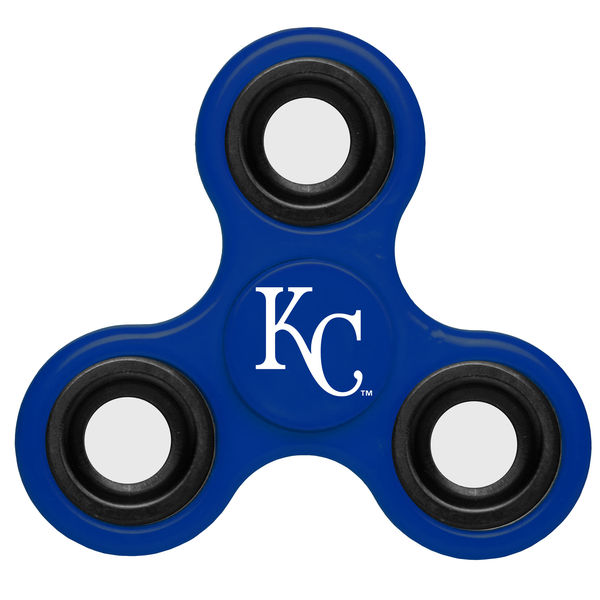 And a little bit of variety here in case you need multiple ways of demonstrating your ADHD. 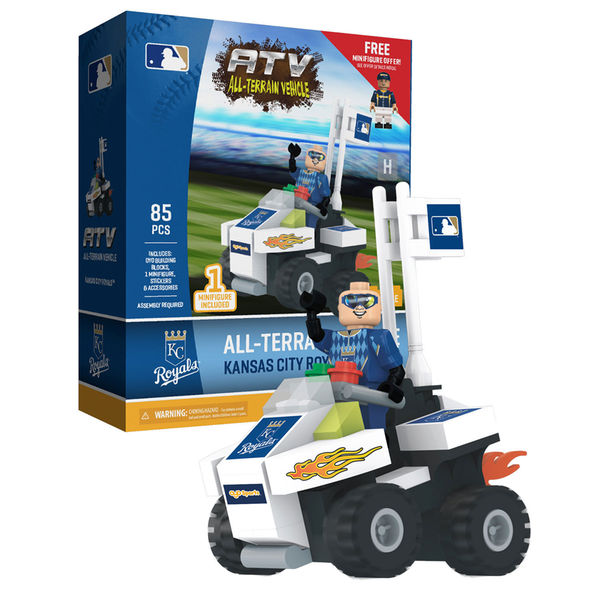 Nothing beats the thrill of taking a little one to their first MLB game, right? Bonding over hot dogs and throwing peanut shells on the ground and late inning ice cream and taking a stroll through the gift shop to get something to memorialize the occasion. So let's put a flame-spewing ATV Lego contraption with a Royals logo plastered on it in the store so that we can trigger a DEFCON 1 tantrum episode over the battle of wills of what would be an appropriate baseball-themed trinket. Thanks guys, this is really relevant... 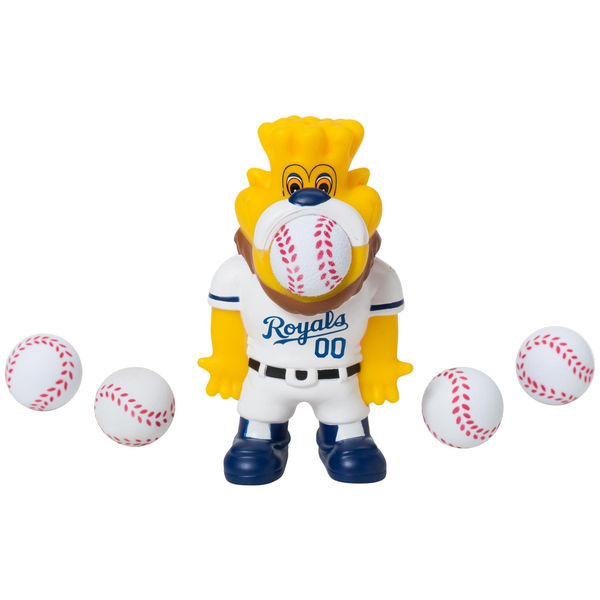 In that same vein, this one's thankfully sold out. Or discontinued after too many traffic incidents were caused on the way home from the K by Slugger's mouth balls hitting dad in the back of the temple. 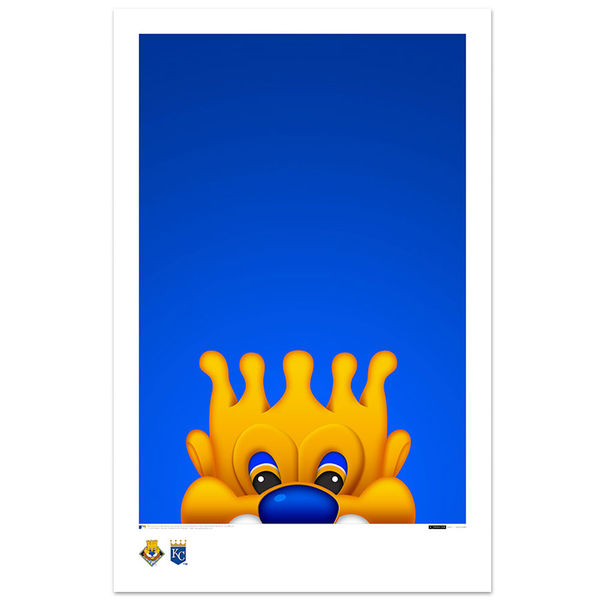 He sees you when you're sleeping, he knows when you're awake. He's peering through your shades at night, so be dressed for goodness' sake! Not quite as creepy as the baby Slugger merchandise, but it's certainly trying. 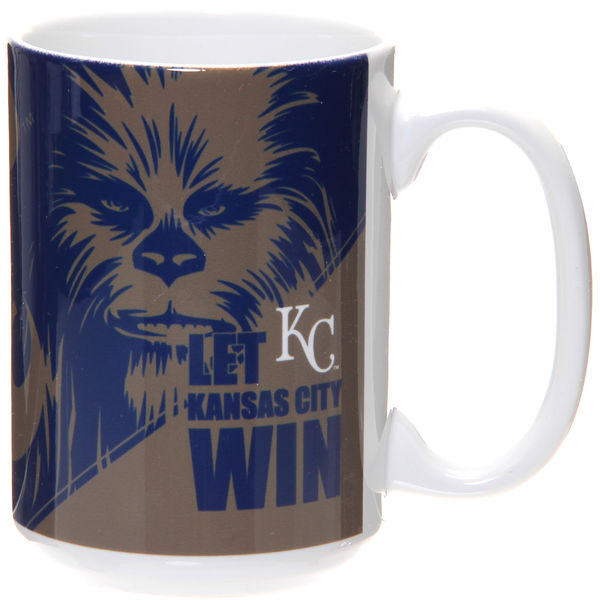 "Let Kansas City win". Although this feels more like a plea than anything now for the foreseeable future, it does seem like an odd slogan in the context of competitive athletics; nothing about team support or assertions that we're going to win, just a veiled threat that if we don't win, arms will be pulled out of sockets by an 8 foot tall space shih tzu. 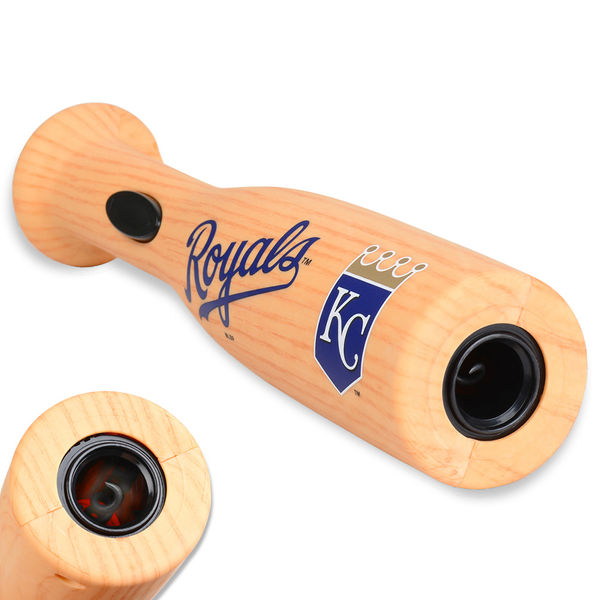 If you've never seen a generic one of these in action, you're missing out. Instead of spending 10 seconds using a wine key to open a bottle of wine in the traditional way, you can spend 45 seconds extracting a cork with flashing lights and the alluring sound of a tiny electronic motor taxing itself, because we live in the future now and Brookstone says this is the way we open wine now, damn it. All for the low low price of $30, a commitment to stocking AA batteries, and some real estate on your countertop that's disproportionate to the amount that it's actually used. And now you can get one that looks like a bat. I think what the creators are missing here is that the type of people this appeals to are the type of people that are drinking their wine out of a box. 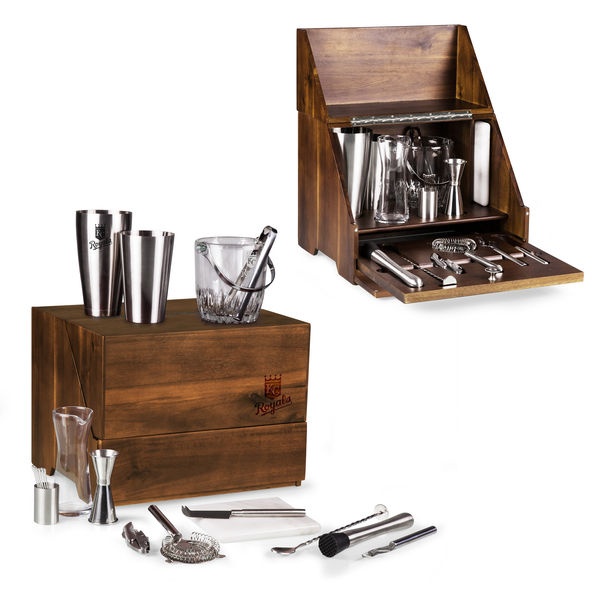 And then on the other end of the booze spectrum you have this little number, for that obnoxious friend that likes to tell you he should be a sommelier. 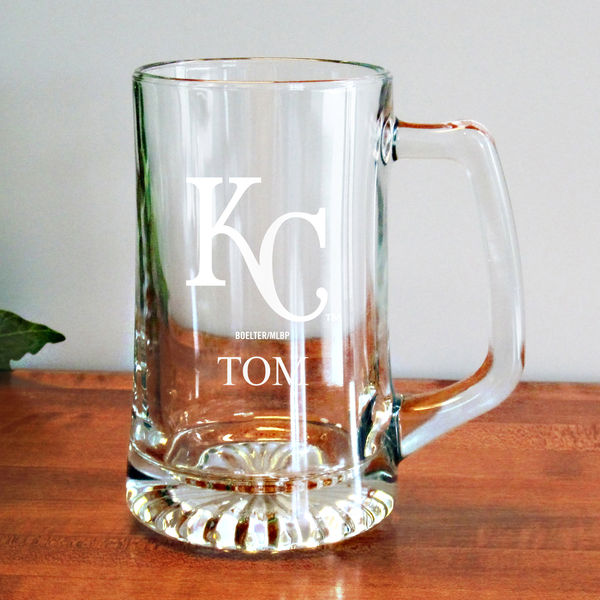 And then somewhere in the middle, you have Tom, who feels the need to personalize a Royals mug. This is not just a Royals mug, it is Tom's Royals mug. Please do not use Tom's mug, even if your name is also Tom. Please refer to Tom's personalized YOUR NAME nameplate hanging in the foyer if you are unsure if you are the correct Tom. 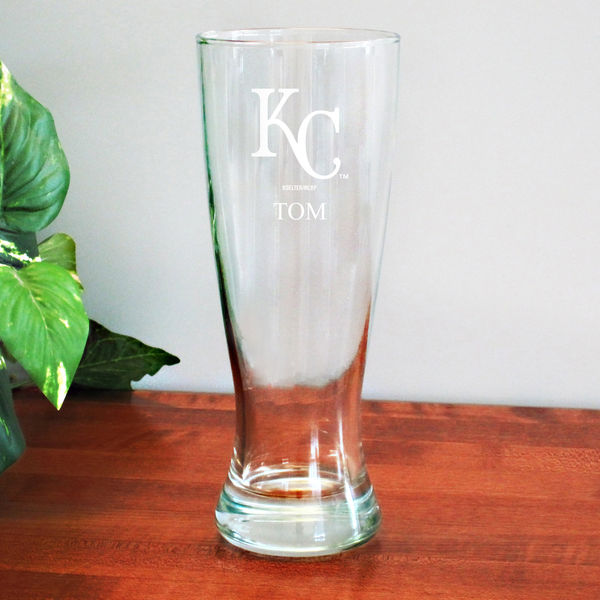 This is also Tom's. Please adhere to the same rules and regulations applied to Tom's beer mug. 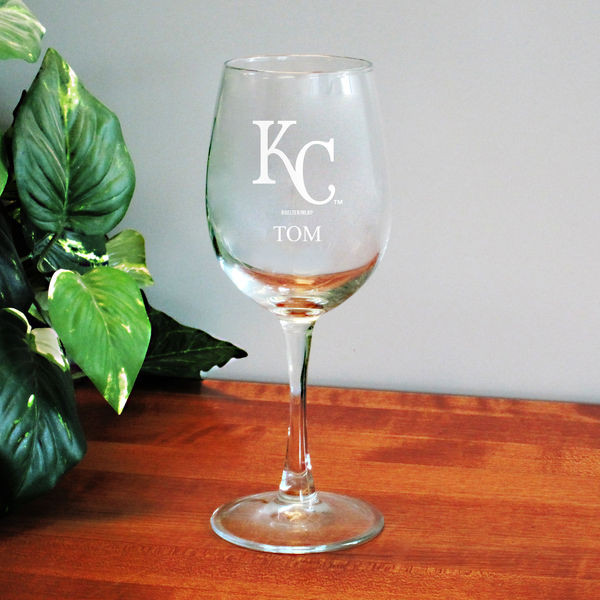 Ditto for Tom's wine glass. This is Tom's. 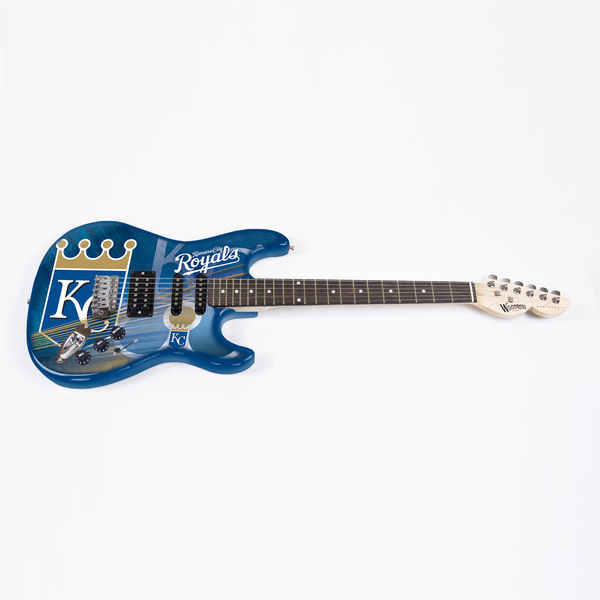 I... Umm.. Yes? This exists? This kind of mentality is how we end up with peanut butter on hamburgers or the Star Wars Christmas Special. 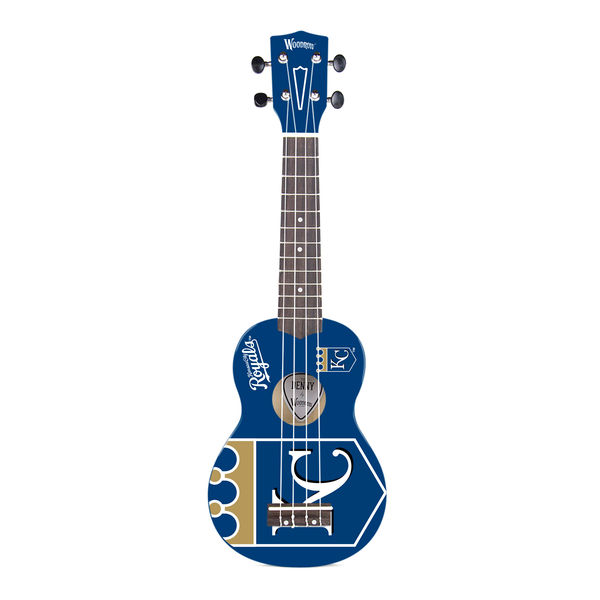 And finally, don't click the check out button for your new tiki sculptures yet until you add a ukelele! Those Royals backyard luaus you now have planned won't be complete unless you're wistfully singing the Israel Kamakawiwo'ole version of "Somewhere over the Rainbow" as we make our magic march towards 70 wins the next few years.