Game will be made up July 1st

Saturday’s game against the Twins has been postponed.

Today’s game has been postponed and rescheduled for Saturday, July 1 at 7:35pm as the second game of a split doubleheader. (cont) pic.twitter.com/16Mcga9bW5 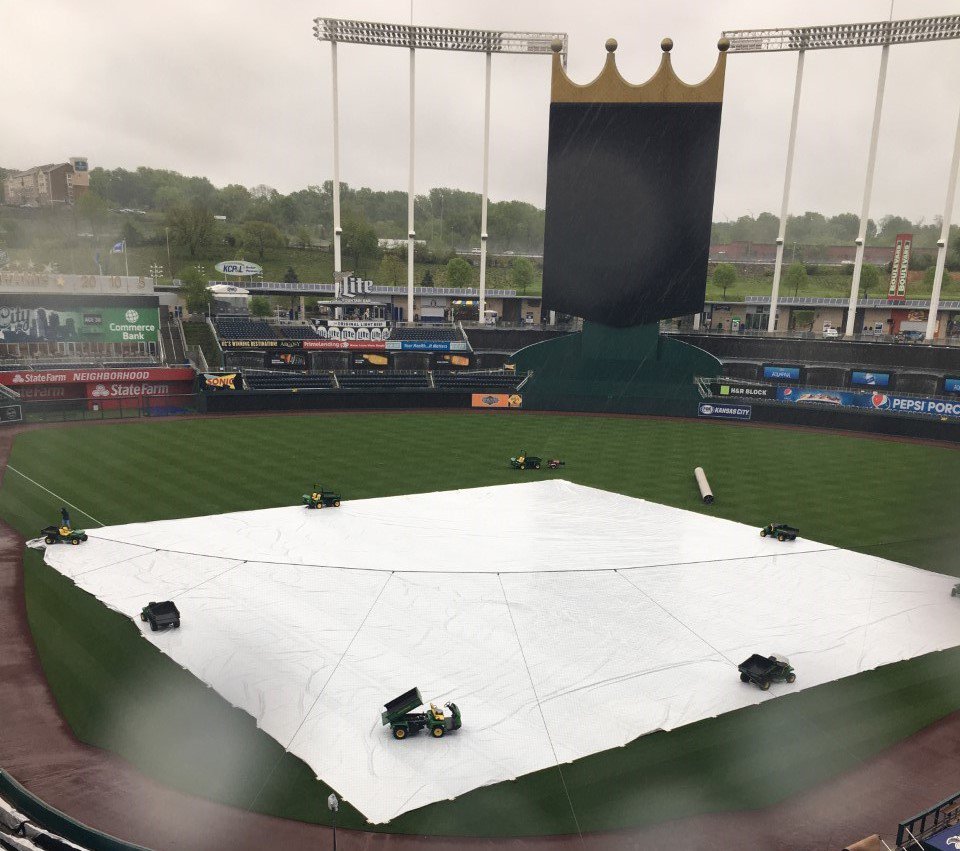 Since I had already written a bunch of the game thread, you get to read it! Enjoy... or not. Consider it a sacrifice to the baseball gods.

Let's say I haven't been keeping up on the team since my last game thread. The Royals had just gotten to 5-6, 1 game under .500. A little slow but not awful.

Let me go open my internet and see what the team has done since, and...

Longer than 8 straight? You have to go back to April 2012. For those who don't remember, Bruce Chen was the Opening Day starter and the team went 3-2 to begin the season. Then they lost 12 straight and were sitting at 3-14 on April 24th, the season effectively over. Oof. The team would finish 72-90. To add insult to injury, the Twins have 4 wins against the Royals. The Twins had 4 wins (and 15 losses) against the Royals all last season. We need to do something to help the team right this ship.

Do we need our manager to jump in a shower?

How about sacrifice a chicken?

Maybe we need to make a personnel change. How about bringing in a young priest and an old priest?

That’s too serious. How about something sillier?

One of these has gotta work to get the team going in the right direction.