Share All sharing options for: Game XXXVI: Orioles at Royals

I feel like I’m writing the same preview over and over: The plucky Royals have started playing better; The division is awful; If they could just string together another good week or two, they’d be back into the thick of things. I guess I’d better get used to it because I think this was what I remember beat writing in the 2000s was like and we’re probably speeding back to that after this season.

The first Friday of the year, they got their first win so there was reason for optimism. I didn't do the April 22nd game, and the April 29th game was rained out. The other three weeks, they've won 2 out of 3 coming into the Saturday game. And they’re 2-1 in games I’ve written threads for. What they really need to do is stop sucking after I've done game threads. They're 2-10 on Sundays, Mondays, and Tuesdays.

They’re “only” 5.5 back in the division and the leader is Minnesota. They’re 4.5 back of Cleveland who just happens to be the second Wild Card so that’s how far back in the playoff hunt they are.

Tomorrow, they’ll go for the series behind Nathan Karns (2-2, 4.58 ERA), who has thrown two straight brilliant starts. He’ll be opposed by Baltimore ace Chris Tillman, who threw five shutout innings in his first start of the year last Sunday against Chicago.

A little bit of news dump from today via Jeffrey Flanagan. If you aren’t following his Twitter feed, you’re probably missing the best way to get Royals news:

Alex Gordon could be held out again Sunday unless he feels close to 100 percent. Royals are off Monday

It doesnt sound like Ian Kennedy will be activated until next weekend at earliest. Ned said Kennedy still felt some tugging with hamstring

Oh, and Ned has confirmed that Chris Young will start on Sunday.

And here are the lineups: 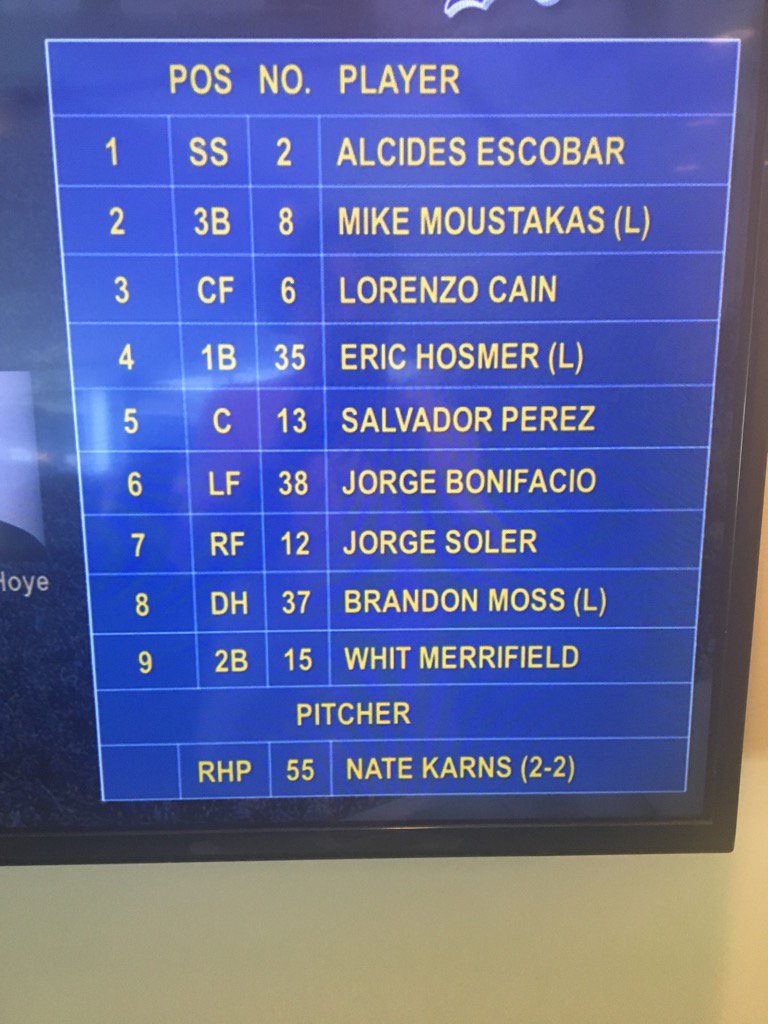 Can the Royals get their second series win in a row tonight?