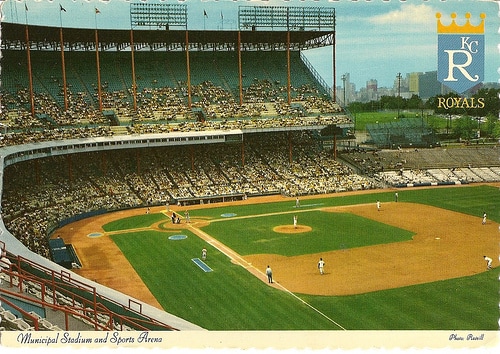 With this season being the 50th anniversary of the Kansas City Royals, we take a look back at the original Royals – the 1969 ball club.

When Kansas City lost the Athletics to Oakland after the 1967 season, Missouri senator Stuart Symington threatened to open anti-trust hearings on Major League Baseball unless Kansas City was awarded an expansion franchise.

On October 18, 1967, the American League approved the relocation of the Athletics to Oakland and awarded new franchises to Kansas City and Seattle, which would begin play in the 1969 season. In January 1968, the American League selected Kansas City pharmaceutical executive, Ewing Kaufman, as the new owner of the Royals, besting bids from three other groups.

The new club held a "name the team" contest and received over 17,000 entries. Sanford Porte, of Overland Park, submitted the name Royals, as an ode to the American Royal Livestock show. With a vote of 6-1, Porte’s entry was selected the winner. Ewing Kaufman cast the only no vote, but later admitted the name grew on him.

The Royals had the first selection in the draft, and new General Manager Cedric Tallis selected pitcher Roger Nelson from the Orioles. Tallis wisely elected to stock his roster with younger talent, while Seattle went predominately with older, veteran players. This was just the first of many brilliant moves made by Tallis during his tenure with the Royals. Twenty five of the thirty picks Tallis made in the expansion draft went on to play for the Royals in 1969. Two other picks, Steve Whitaker and Hoyt Wilhelm, were traded for Lou Piniella (Whitaker and John Gelnar) and Ed Kirkpatrick and Dennis Paepke (Wilhelm). All three of those players saw extensive playing time for Kansas City in 1969. The most interesting pick of the expansion draft went to Seattle, when the Pilots picked pitcher Mike Marshall with the 53rd pick. Marshall was a pitching genius and a bit of an oddball who frequently clashed with managers and pitching coaches over training methods and pitching style, but there was no denying his talent. After one season in Seattle, Marshall bounced from Houston to Montreal before finding stardom in Los Angeles and winning the 1974 Cy Young.

Tallis orchestrated many great trades in his years with the Royals. One of the best was his first. On April 1st, 1969, just a week before the season opener, Tallis acquired Lou Piniella from Seattle for the aforementioned Whitaker and Gelnar. Piniella, who had been a basketball All-American in high school, would go on to win the American League rookie of the year in 1969 and star for the Royals for four seasons. After the 1973 season, Tallis made the worst trade in his career (and one of the worst in Royals history) by trading Piniella and pitcher Ken Wright to the Yankee’s for aging pitcher Lindy McDaniel. Sweet Lou played eleven more years in New York, helping the Yanks vanquished the Royals in the championship series of 1976, 1977 and 1978 and helping New York win World Series titles in 1977 and 1978.

The 1969 Royals started hot, winning five of their first seven games, including their April 8th debut against the powerful Twins, 4 to 3 in 12 innings. The following day, they got their second walk-off win with a 17 inning victory over the Twins. Catfish Hunter dealt the Royals their first loss on April 11th, but behind the pitching of Steve Jones , the boys in blue rebounded the following game, to beat the A’s 9-3. Jones was the 10th selection in the expansion draft and won a grand total of five big league games with two of those wins coming for the ’69 Royals.

The Royals spent twenty two heady days in first place that April and finished the year at 69-93, good for fourth place in the American League West. Their longest winning streak was four games and their longest losing streak was only six. They enjoyed nine walk-off wins. They closed the year by going 15-15 in September, which was their best month of the season. 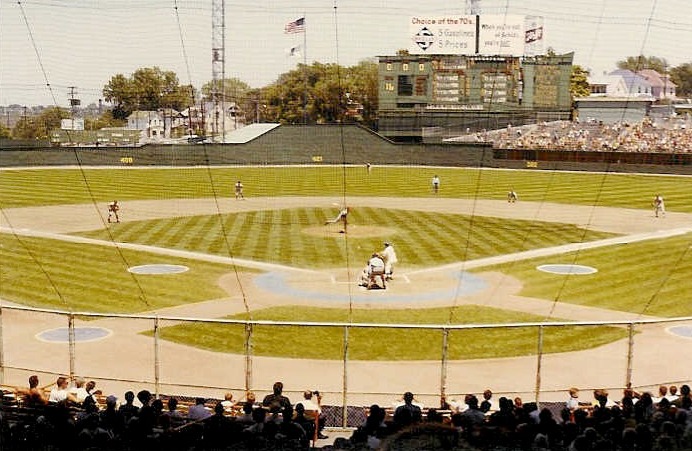 Former Yankee and Indian great, Joe Gordon, was the Royals first manager. Lou Piniella had four hits in the opening game and never cooled off. Over 529 plate appearances, Sweet Lou racked up 139 hits and a .282 batting average. Joe Foy led the team with 71 RBI, while Ed "Spanky" Kirkpatrick slammed 14 home runs. Pat Kelly, whose brother Leroy was a Hall of Fame running back for the Cleveland Browns, led the team with 40 stolen bases. First baseman Mike Fiore, drew 84 walks to go with 93 hits to lead the team with a .420 OBP.

Baseball was a very different game in 1969. Jerry Adair was the highest paid Royal, with a salary of $44,000. For all of his heroics, Lou Piniella earned $10,000, but Al Fitzmorris only $6,000. Game times were also something to see. Nearly all games were played in less than three hours and thirteen games went less than two hours, with the shortest game, on April 16th, lasting only 1:44 as Joe Horlen of the White Sox outpointed Dave Morehead, 5-2. The longest game of the year was the previously mentioned 17 inning affair with the Twins, which went four hours and thirty two minutes.

Fans in Kansas City were happy to have baseball back and the Royals drew well, bringing 902,414 fans to Municipal Stadium. Tallis proved to be a baseball genius, engineering a series of lopsided trades and solid draft choices which would propel the Royals to prominence in the mid 1970’s.