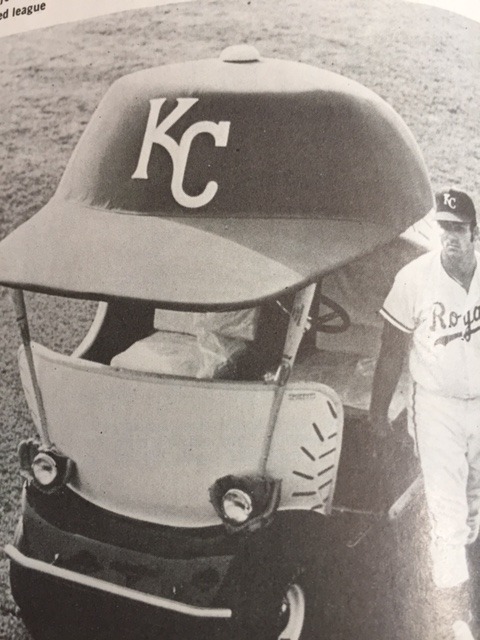 Ah, 1971. What a year. The Dow Jones closed the year at 890. Gas was .40 cents a gallon. Alan Shepherd hit a golf ball on the moon. Led Zeppelin released their seminal 4th album, the untitled or ZOSO album. The big music hits were Joy to the World by Three Dog Night and Proud Mary by Ike and Tina Turner. Listen to Ike’s intro on Proud Mary. You can almost smell the bourbon on his voice.

1971 was also a big year in baseball. The Pirates beat the Orioles in seven games to win the World Series. Roberto Clemente hit .414 to win the Series MVP.

Vida Blue of Oakland won the American League Cy Young and the MVP award with 24 wins and 301 strikeouts in 312 innings. After the season, Oakland owner Charlie O. Finley tried to get Vida to change his first name to True.

1971 was the year that the Royals turned the corner and went from being an expansion franchise to a legitimate contender. In his first full season as manager, Bob Lemon led the Royals to an 85-76 record and a 2nd place finish behind the emerging dynasty in Oakland. In today’s world, that record would have earned the baby Royals a wildcard spot. Kansas City fans responded to the improved play as attendance jumped to 910,784. 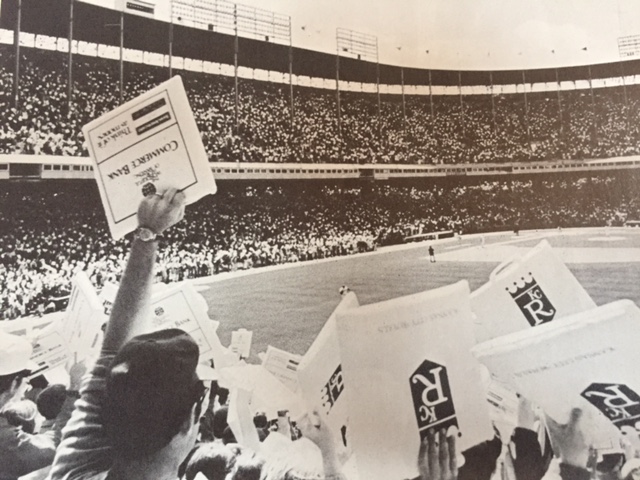 The Royals had plenty of offensive stars in 1971. In fact, the Royals were the best hitting team in the American League and the second-best in all of baseball, trailing only the World Series Champion Pittsburgh Pirates. Amos Otis and Freddie Patek shared Royal Player of the Year honors, though a strong case could be made for Paul Schaal as well.

Otis finished 6th in the American league with a .301 batting average and led the league in stolen bases with 52. He led the Royals with 15 home runs, 79 RBI and 246 total bases. Otis also won the first Gold Glove in franchise history with only four errors in 418 total chances. On September 7th, in a game against Milwaukee, Otis became the first player in 44 years to steal five bases in a game, in a 4-3 win over the Brewers.

Patek, in his first season in a Royals uniform, led the American League with 11 triples and finished 2nd in stolen bases with 49. He also led all major league shortstops in putouts (301) and double plays (107). This performance helped him finish 6th in the American League MVP race.

Third baseman Paul Schaal also had a career year, playing in 161 games. Schaal had a career high 150 hits and 103 walks to post a 5.6 offensive WAR, 4th best in the American League. Schaal was 2nd in the league in doubles, with 31 and also slugged 6 triples. He finished 6th in the A.L. in OBP with a .387 mark and 8th in runs created, with 95.

Cookie Rojas hit .300 in 414 at bats and became only the 9th player ever to play for both the American and National League (1965) in the All Star Game. Rojas and Patek teamed up to turn 178 double plays.

Amazingly, this offensive outburst occurred while missing Lou Piniella for nearly half of the season. Piniella suffered a broken thumb on his right hand when hit by a pitch on May 4th. He didn’t play again regularly until June 14th and his thumb continued to bother him until after the All-Star break. Starting July 11th, Sweet Lou put together an 18 game hitting streak, increasing his batting average from .249 to .270. In the second half of the season, he regained the form that earned him the nickname "Sweet Lou" by hitting .304.

The pitching staff showed marked improvement. Dick Drago, nicknamed "The Godfather" by his teammates, went 17-11 and a 2.99 ERA with 15 complete games. Drago only walked 46 batters in 241 innings while earning some MVP votes. Mike Hedlund rebounded from a disappointing 1970 season to go 15-8. Under Lemon’s tutelage, the staff turned in 34 complete games and only gave up 84 home runs, which was the best in the American League. Ted Abernathy led the Royals with 27 saves and Tom Burgmeier chipped in with 17 saves. In one of the year’s best pitching performances, Al Fitzmorris held Minnesota hitless for seven innings, ultimately finishing with a two-hit shutout victory.

The Royals longest win streak was six games and their longest losing streak was eight games. They lost ten games in the final at-bat while only posting four walk-off wins. They drew the largest crowd in Royals history, 35,623, in an August 3rd game against Oakland. The young Royals pulled within four and a half games of the A’s on June 14th, but lost ten of their next thirteen to drop eleven games back and that was it for the pennant race. Oakland captured the West crown with a 101-60 record, led by League MVP Vida Blue.

The biggest milestone of the year occurred on July 9th when Fred Patek became the first Royal to hit for the cycle in a game against the Twins at old Metropolitan Stadium in Bloomington. Batting leadoff against Twins starter Jim Perry, Patek stroked a double in the first and a single in the 2nd inning. In the 4th, Patek hit a triple to right center. He closed out the cycle by hitting a two-out, two-run home run in the 9th, to put the Royals ahead 5-3, in a game they would win 6-3. All four hits came off of Perry. To put the cherry on top, Patek closed the game with a 6-3 double play to end a Twins rally.

Amos Otis and Cookie Rojas represented the Royals in the 1971 All-Star game, which is best remembered for the Reggie Jackson home run that hit a light standard on the way out of old Tiger Stadium. The blast, hit off of Pittsburgh’s Dock Ellis, was estimated to travel 520 feet.

The off-season brought more success and accolades for the Royals. General Manager Cedric Tallis was named Executive of the Year by the Sporting News. Tallis also pulled off another huge trade, shipping pitchers Jim York and Lance Clemons to Houston for a young first baseman named John Mayberry.

1971 was the year it became clear to Kansas City fans that owner Ewing Kauffman and GM Cedric Tallis were committed to putting a winning team on the field. The only thing standing in their way was the "old" Kansas City team, the Oakland A’s. 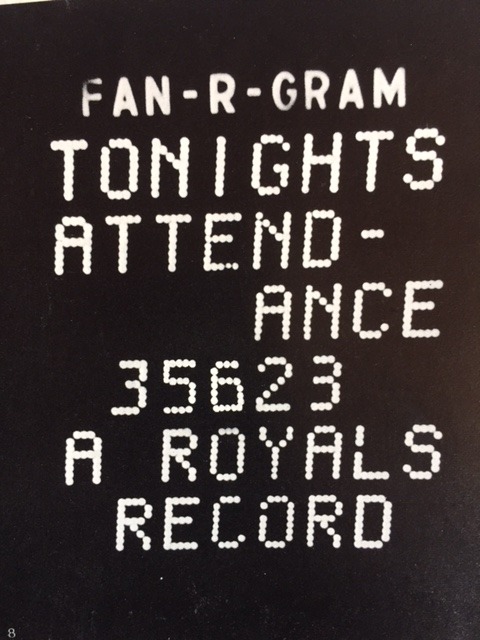