I found out about the existence of this fabled camp where you get to play ball with baseball heroes from your favorite team a number of years ago, but was dismayed to discover that they don't allow you to participate until you're 30. I waited many years and saved my pennies and after being a few minutes too late (5th on the waitlist) to register for 2018 camp, I made it into the 2019 one.

Royal Alumni Fantasy Camp is a 4-5 day adventure in Surprise, Arizona where you get to channel the kid in you and pretend to be a ball player for a week. You get official Royals uniforms, are coached by former Royals players, and get to play on the Royals spring training fields and use their locker room. The camp participant demographic is as you would expect... dominated by middle-aged white dudes.

My birthday was yesterday so I enter the camp as a rookie and as likely the youngest camper at 31. There are guys here in their 70s that are in miles better shape than me.

I played very little baseball as a kid, getting one year of little league at age 13, ten at bats of high school ball, and that was it. Baseball has been in my blood since I was eight, but opportunities to play just didn't materialize for me. I grew up on a steady diet of Denny Matthews and Ryan Lefebvre on my portable radio. Coupled with baseball cards, that defined my baseball experience growing up.

Cut to 2019, I've arrived in Arizona to check off a bucket list item for my life, and have a blast just playing ball.

I flew in a day early (just to be safe) on Sunday, and explored Phoenix a bit. Today is Monday and we've just wrapped up the kickoff dinner and team assignments. There will be eight baseball teams and I've been assigned to Team Gold. My coaches are two Royals Legends: Dennis Leonard and Amos Otis. 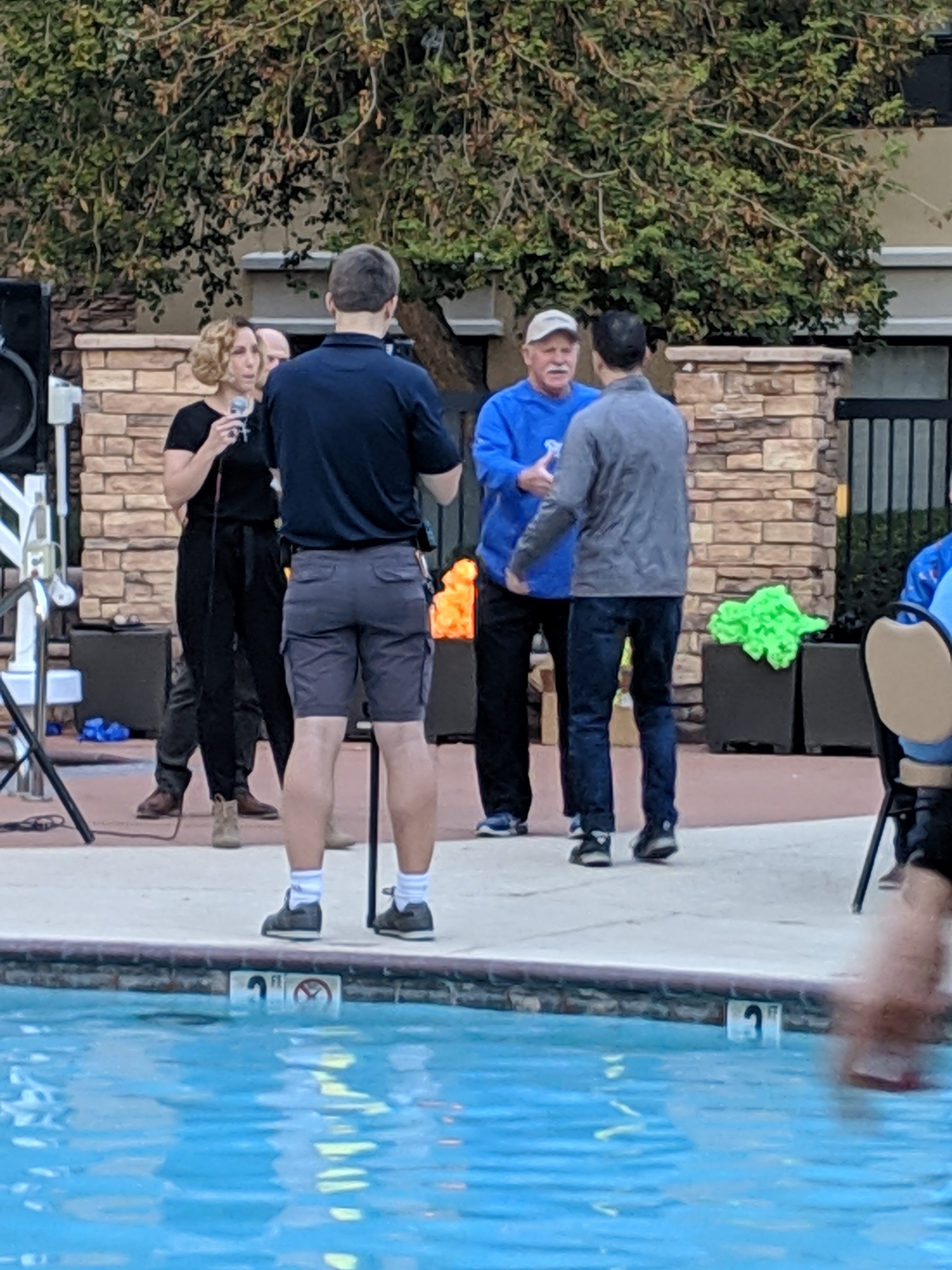 They also revealed a big surprise to us: Rob Riggle of acting fame and Big Slick KC will be joining us as a camper and will be playing ball for George Brett and John Wathan's Blue Team. Naturally, my first game tomorrow will be against them as it kicks off with Gold vs Blue at 11am.

At the evening dinner I had the opportunity to roam around and meet a bunch of folks and players. I caught a few stories from George Brett, which were mostly f-bombs, and hear him and Mike Macfarlane briefly get political. Chatted with Jim Eisenreich about his playing days, and also had a great 20-minute talk with Brian McRae about his career.

I've received a ton of advice as a rookie, and the main theme is: don't play all out and pace yourself. We have eight baseball games to play in just four days, so keeping my sedentary desk-job body in playing shape will be a battle.

Below is Jon Gross, Shane Tucker, and myself, all Nebraskans. 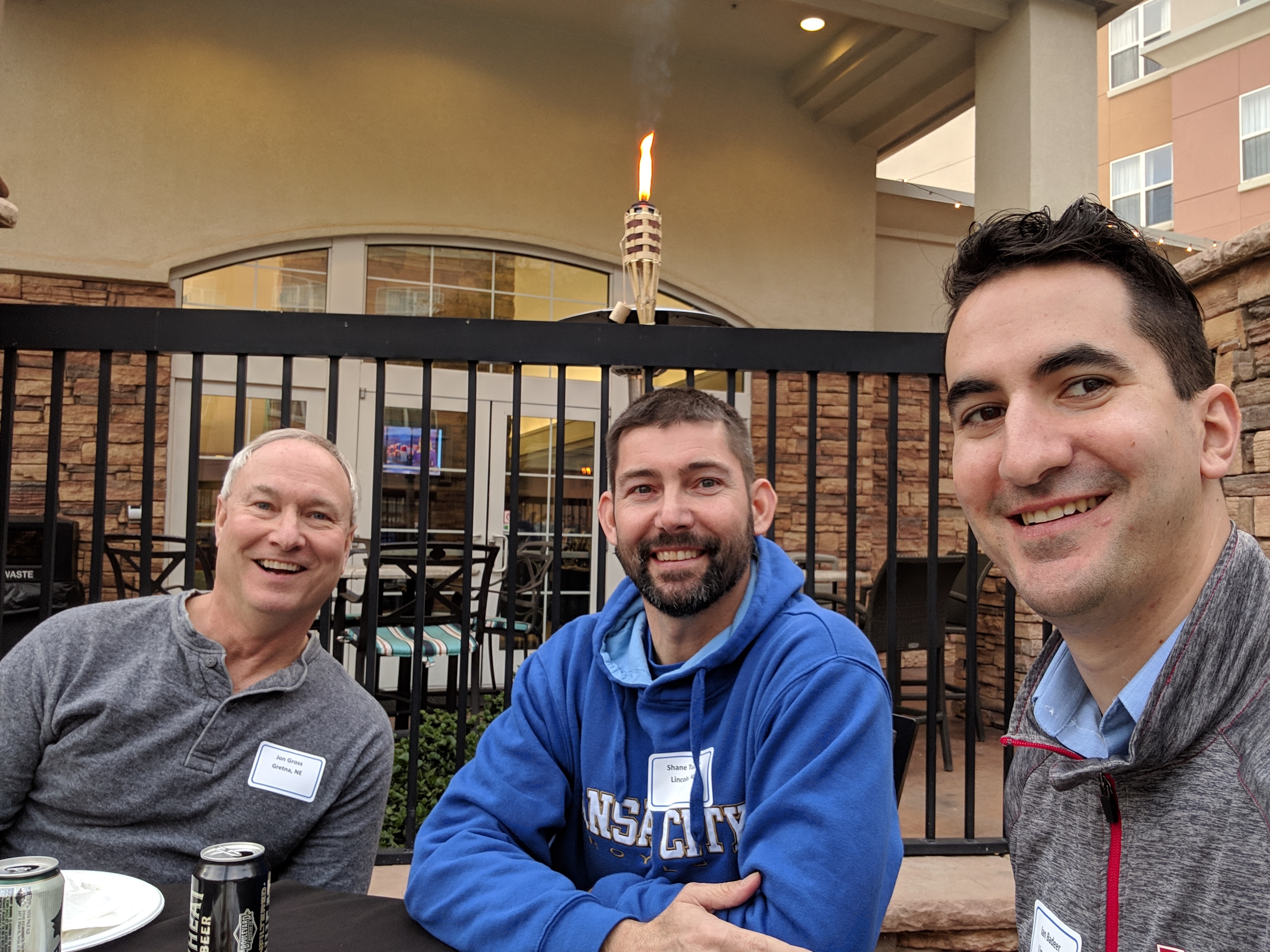