The second day of games is our first true test of ourselves. Everyone that was excited to play the day before is now sore, injured, tired, or all of the above after yesterday's doubleheader. My shoulder was very stiff from the pitching effort yesterday, so I hit the training table throughout the day to make sure I was doing everything necessary to stay on the field.

Photos from the camp photographer were waiting for us when we walked in, featuring none other than my ugly Derek Jeter move from yesterday.

The day started with awards from the previous games. Two awards are given out to each team for each game from their coaches, an MVP and an MIP. I was selected by coaches Leonard and Otis as the Most Inspirational Player for Game 2 for my pitching effort and defense. The award was the game's lineup card signed by the game coaches! 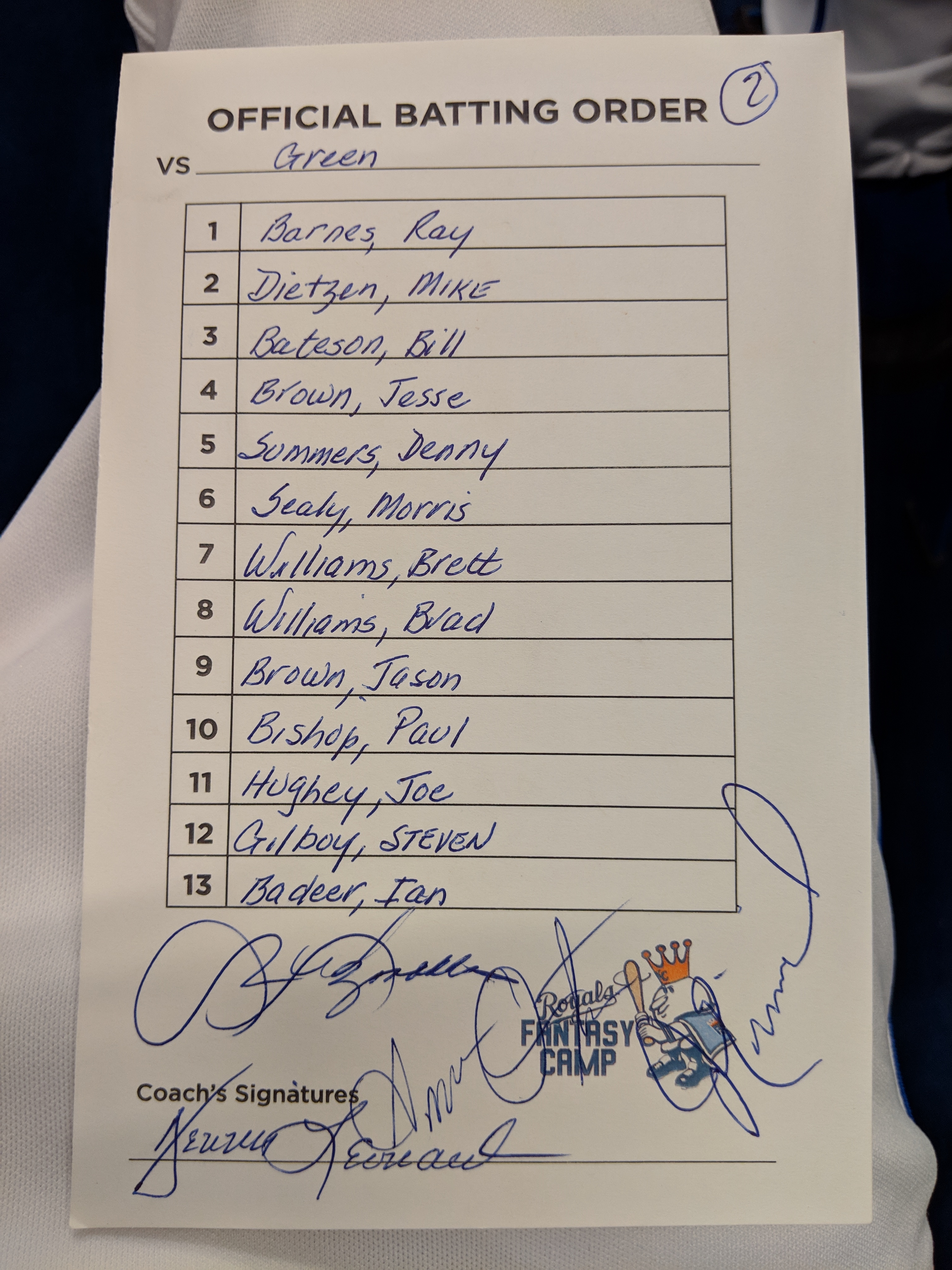 We also had our first Kangaroo Court. For those unfamiliar, Kangaroo Court is where a couple Royals Alumni throw on some wigs and preside over the camp "violations" that have been submitted from the previous day. The rule of thumb I've learned is that the violations and fines are ridiculous, hilarious, and completely subjective. I was fined for charging hard and calling off a fellow camper for a groundball so we could get a speedy runner at first. Willie Wilson and Mike Macfarlane, the honorable judges, asked me how I pled, and I said guilty. My teammate wanted to represent me in my defense but I figured that the less I spoke and argued, the lower my fine would probably be. Willie only asked me one question. "Did you get the out?" I did. So he fined me $2. The fine was quickly raised to $5 though when another player submitted that my teammate I cutoff was a veteran, so it was clearly a more egregious offense.

The court session was frequently roaring with laughter as Willie Wilson continuously dolled out higher and higher fines for players that tried to defend themselves, then also fined the players that submitted violations with misspellings. Violations ranged from stepping on the Royals logo in the middle of the clubhouse, to allegedly selling George Brett's camp-used pants on eBay. 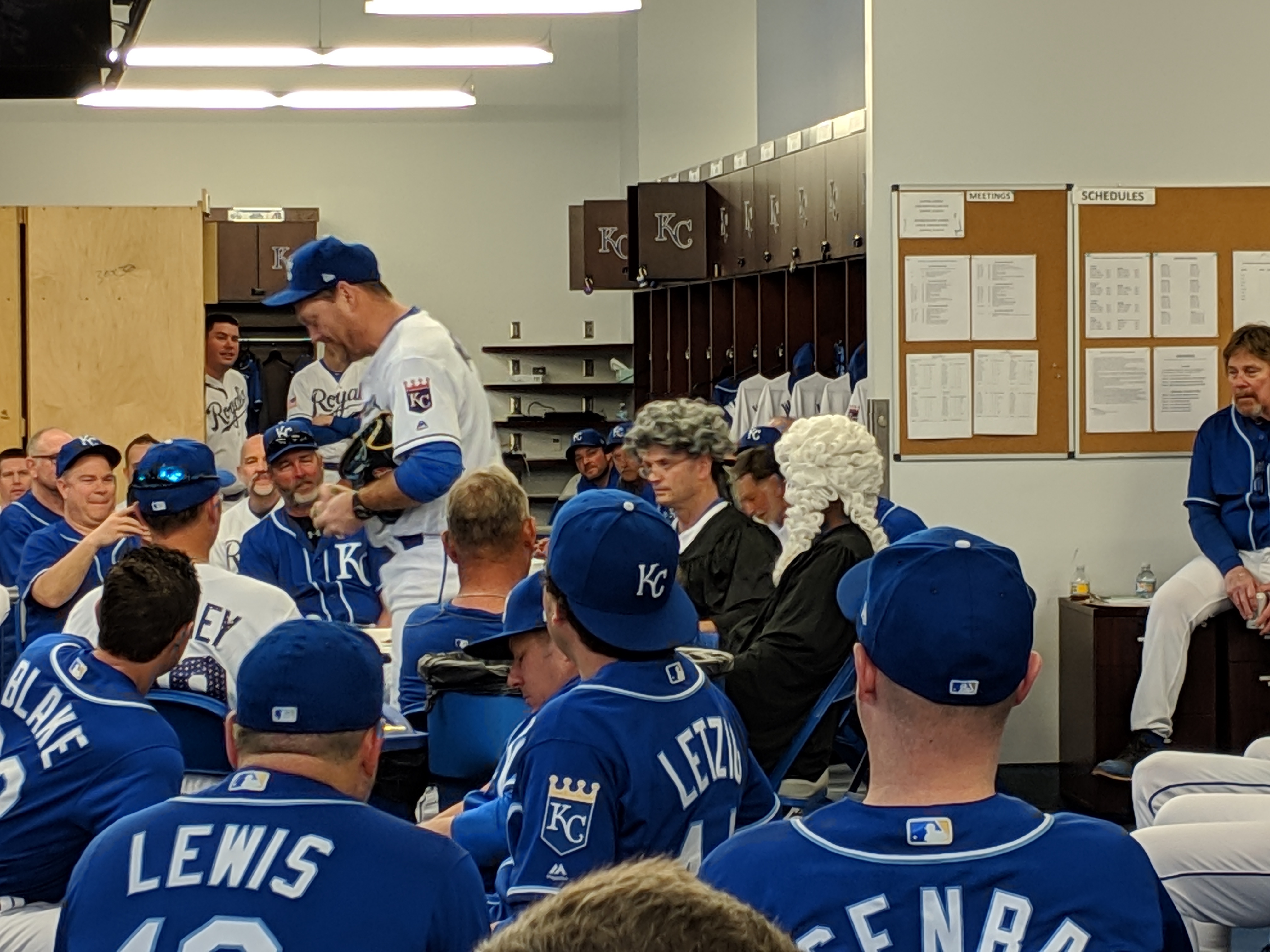 More of my GoPro footage from the first day of games is up now: 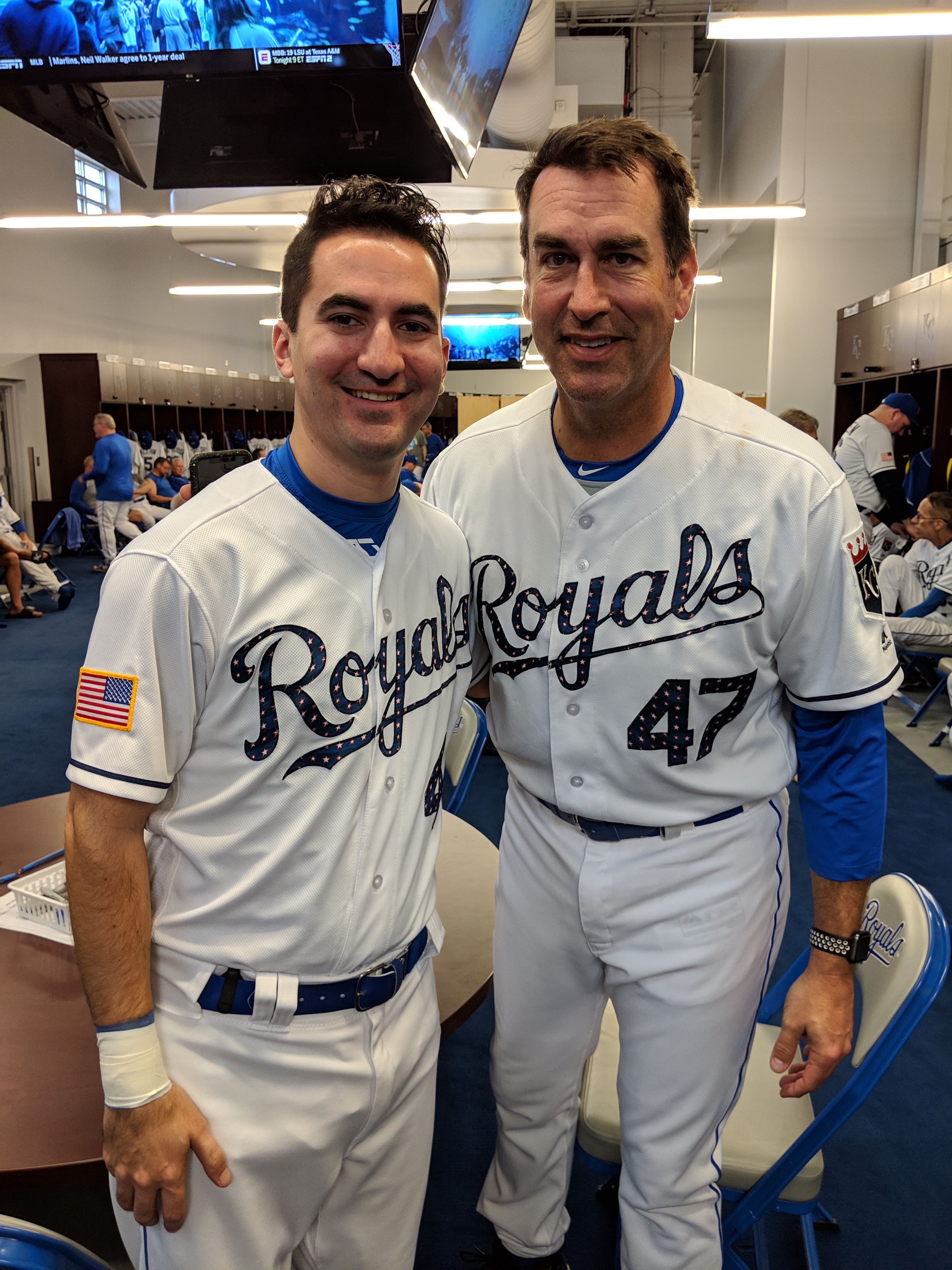 Game 3 was against Team Black, coached by Joe Randa and Jamie Bluma, and most of the game was spent within one run of each other or tied. Joe Randa was super talkative at third base coach with our third baseman and cleverly distracted our man into not being ready for some groundballs. I went 3 for 3 with a few nice hits and one dribbler in front of the plate that I hustled out. In the end, we didn't have enough offense and fell by one run for our first defeat. 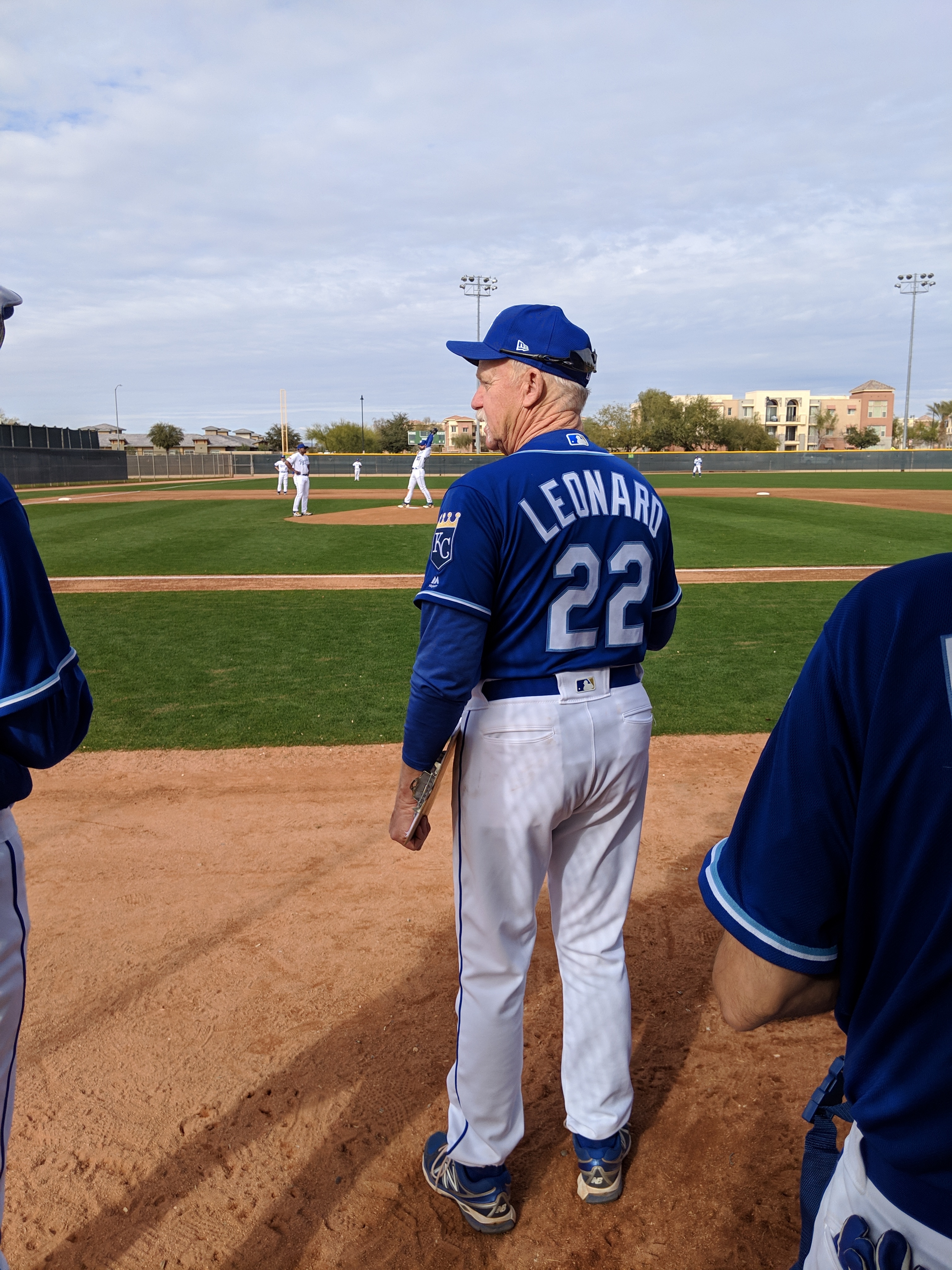 Game 4 featured Team Red, coached by Mike Sweeney, Billy Butler, and Reggie Sanders. This team was by far the most "coached" team, as they made constant adjustments in the field for every hitter. We went back and forth a bit with them during camper pitch for the first three innings, until Billy Butler came in to pitch "Billy Ball" as Sweeney dubbed it. Once the soft tossing started, the balls they crushed our outfield caught, while the dribblers they hit on the infield we couldn't handle. They scratched out enough runs to keep us from threatening in the final frame, and we wrapped up the day 0-2 and now back to .500 at 2-2 for the week.

This evening we all went out to dinner with our coaches. Leo and AO took us out to a Mexican Restaurant for burritos and margaritas. We talked for hours about their Royals stories, our camp experience, and Royals trivia. The games are definitely a fun and attractive part of Fantasy Camp, but it's the experiences outside of the game where the Royals really shine. They surround you with players that don't just care about the game, but want to share it. You can take a seat at anytime around a former player and they'll usually be recounting a fun and/or funny story from the past. Dina Blevins and the people she brings together for this event make it the special experience that it is. 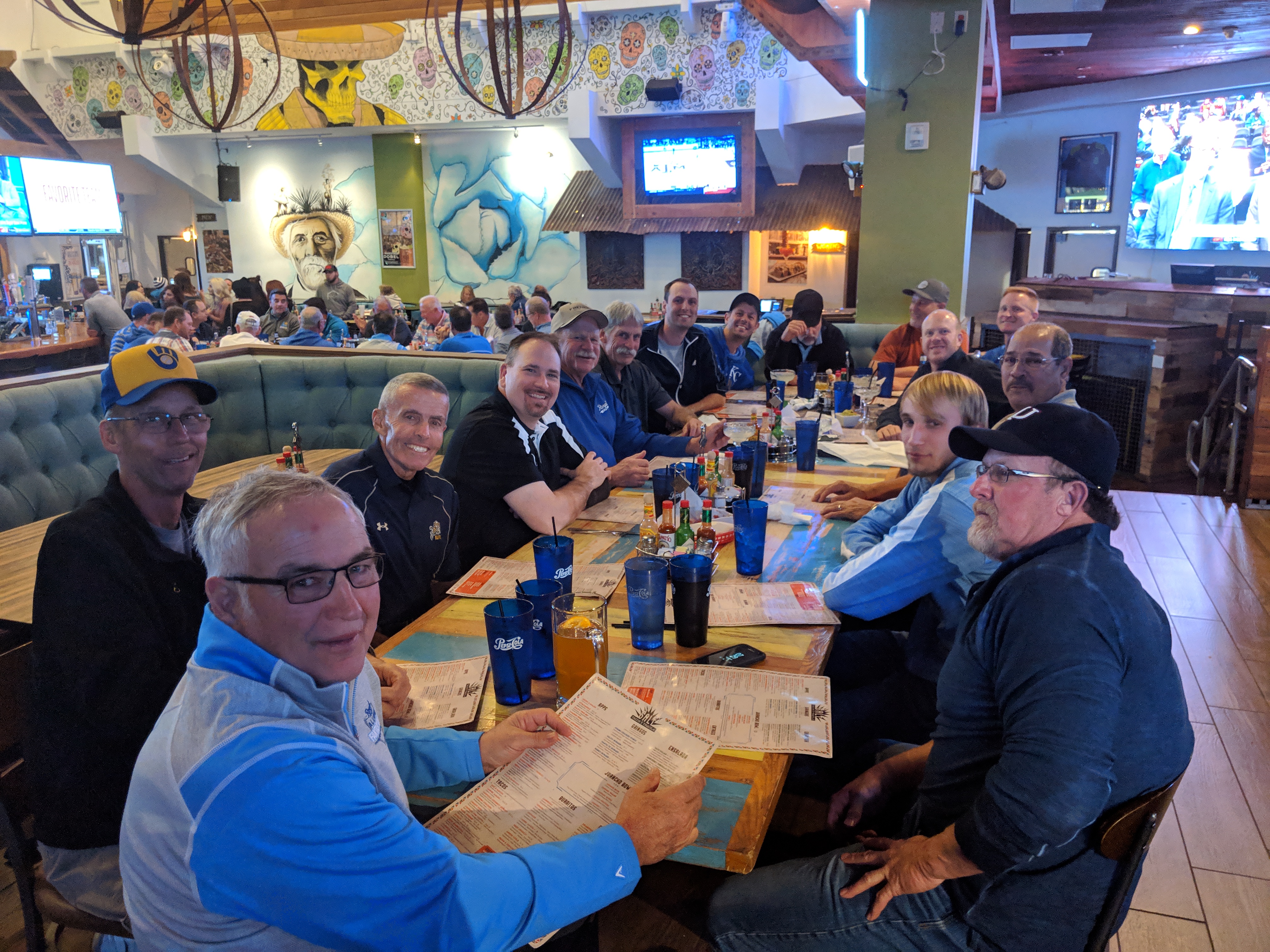