I don't need an intro on these anymore, do I? LFG. 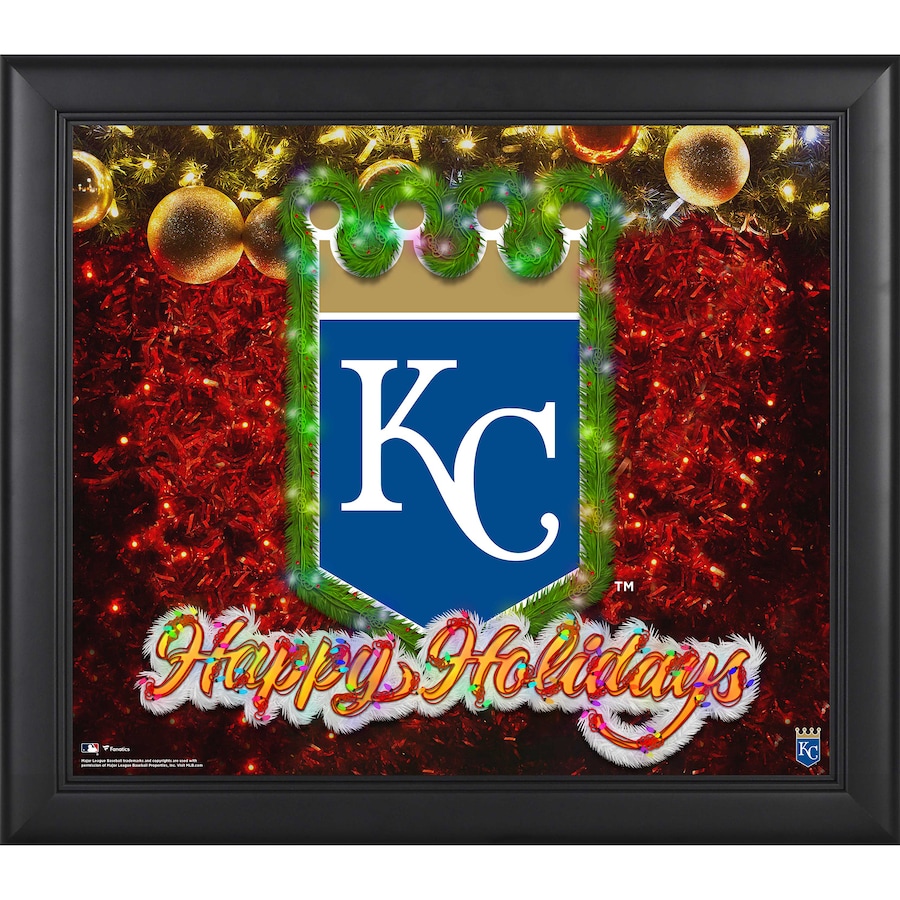 I'm turning 40 this year, which makes me an old millennial or a young Gen X-er, whichever you prefer. That mostly just means that I can vaguely remember a time before we had internet in the home. Somewhat amusingly now, I actually had some magazine subscriptions back then - the paper kind - because we had to fill the time somehow. The only one I really remember having though was a subscription to GamePro magazine, just a generic 90's video game magazine. The reason I remember it more than anything though is that in 1995, Nintendo infamously put ads in the magazine for a game called Earthbound and their marketing slogan for it was 'This Game Stinks". It had a scratch-and-sniff snicker on it that I can still feel in the recessed portions of my brain if I imagine it - it was the worst smelling thing I've ever encountered, like some unholy union between dumpster juice on a 95 degree humid day and a skunk carcass filled with roquefort cheese; you could actively feel a bit of your will to live leaving your body with every sniff, it was that bad.

Flash forward to two Christmases ago, my family and I were supposed to be going to the obligatory Christmas dinner at the relative's house that no one ever looks forward to going to when we were blessed with an escape clause; one of my daughters caught a cough, and one of the relatives that would be attending didn't feel comfortable with our kids mingling. A Christmas miracle! Why yes, we'd be ever so happy to stay at home on Christmas Day in our pajamas, so sorry we couldn't attend! So stay at home we did, and later my father-in-law brought over a plate of the food that was served there so that we could validate the host's attempt at turning a 16 pound piece of poultry into literal chalk. Now I have a pretty advanced palate, but I'm also not super pretentious about what I'll eat either; I can enjoy beef carpaccio or a tater tot hot dish just the same - I'll try just about anything. So I did. And I tried oyster stuffing for the first time. And then I promptly turned into Josh Baskin in "Big" trying beluga caviar for the first time. It tasted like everything in the ocean died 4 days ago and was pureed into a sauce that cheap white bread could soak up and gelatinize in before being served lukewarm. It's unfortunately the most memorable moment for me out of any recent Christmases.

I told you all of that to tell you this: neither one of those examples feels like they can hold a candle to the singular assault on a primary sense that this Royals holiday collage is doing to my eyeballs. I had to treat even linking to it like the bio-robots in Chernobyl; 60 seconds of looking at it and I'll get a cluster headache. Hallelujah, holy shit, where's the Tylenol. 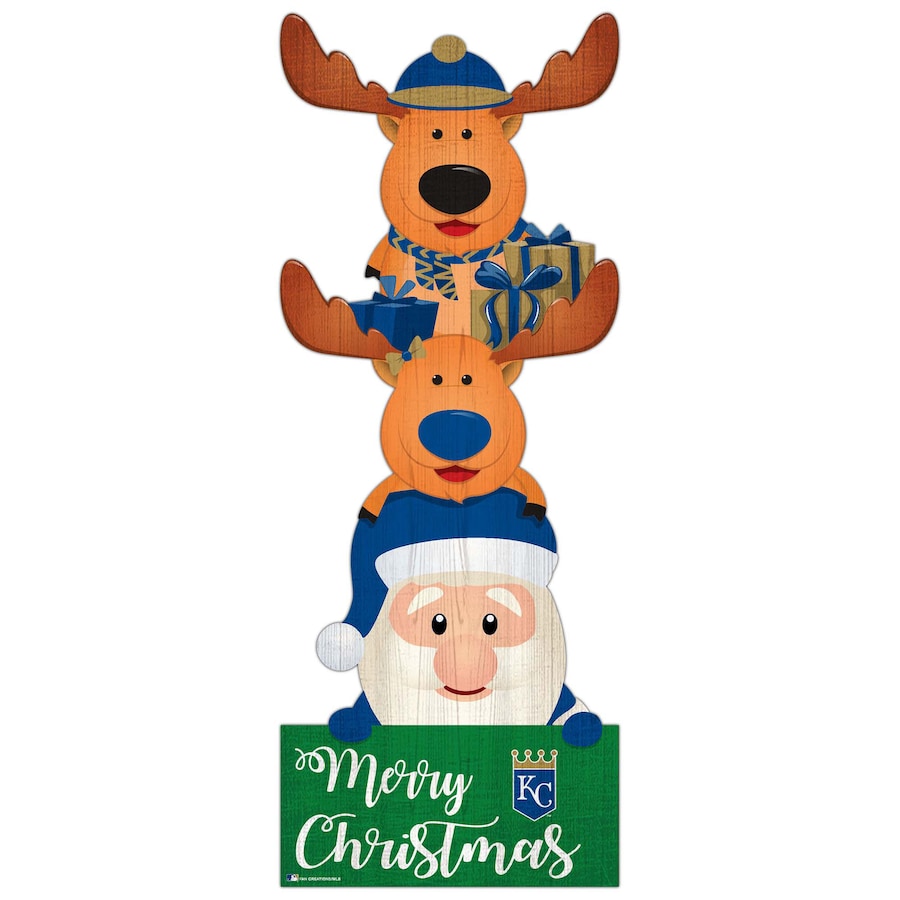 Ok, sure, whatever. This is fine I suppose, though I will say if the Royals are such a deeply-embedded part of your personal branding that you need a blue-hatted Santa and Rudolph the blue-nosed reindeer wishing you Merry Christmas with a generic Royals logo thrown in for good measure, you might want to do some self-reflection. What I don't get is... Why two reindeer and a Santa? How about an elf or Mrs. Claus or Frosty? Two reindeers followed by a Santa doesn't just look lazy, it looks like a busted pull tab card. 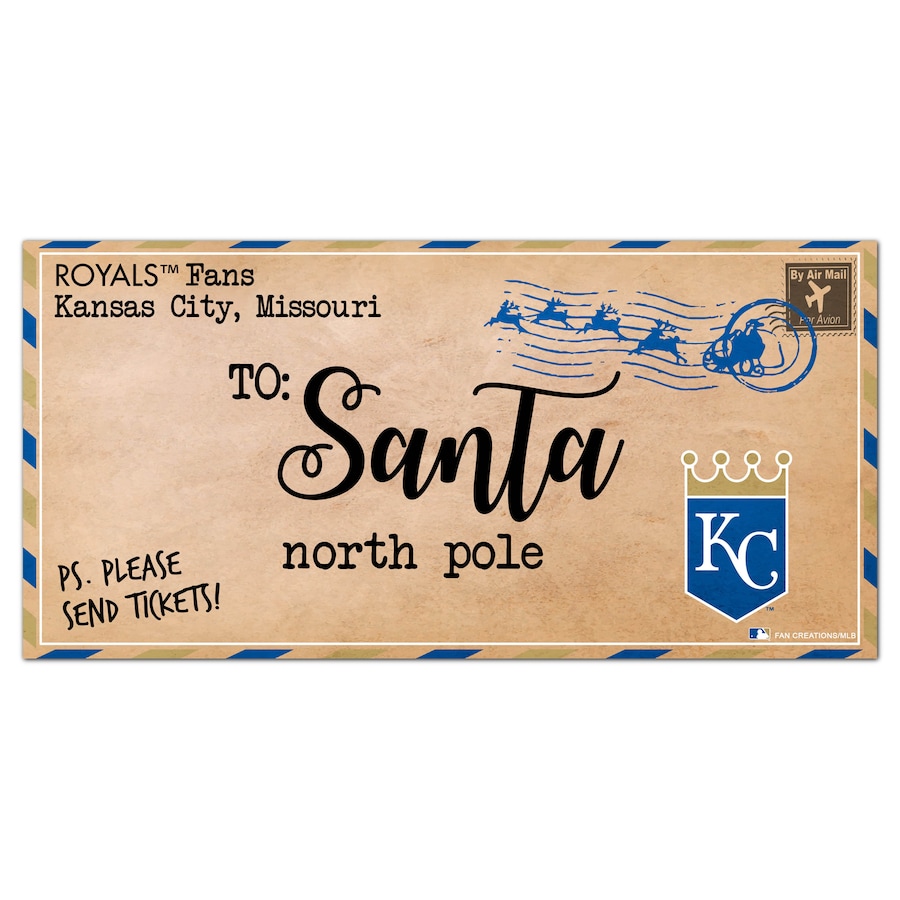 What I like about this one is that there are apparently so many things on Royals' fans wish list for Santa, tickets to actually see the team were a post-scripted afterthought. Like "Hey, if we actually got to see a centerfielder with a bat, or a couple of our 47 college pitching prospects become viable starters or all powder blue alternate uniforms, we might actually want to go see these guys! We should've asked for tickets too!" 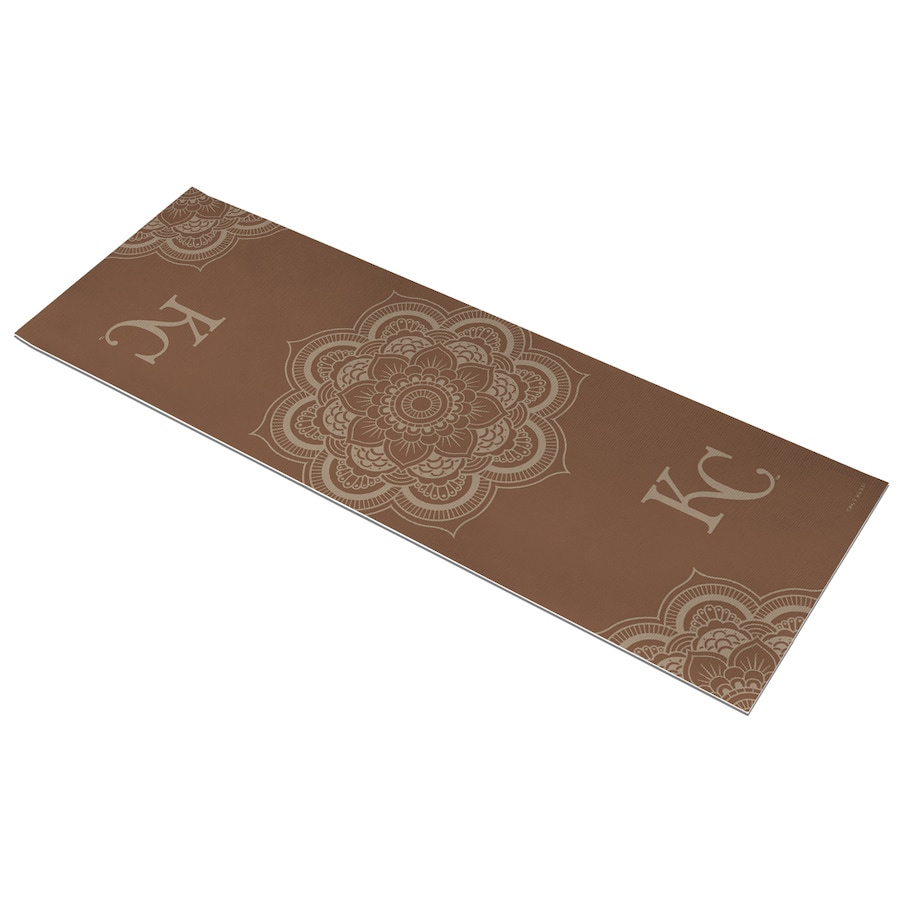 I'm just having a tough time wrapping my head around this one - who signs off on things like this? How many people could there possibly be at the center of the Venn Diagram for "inept baseball franchise devotee" and "patchouli and henna tattoos"? No, I'd say if you really want to be a Royals hippie... 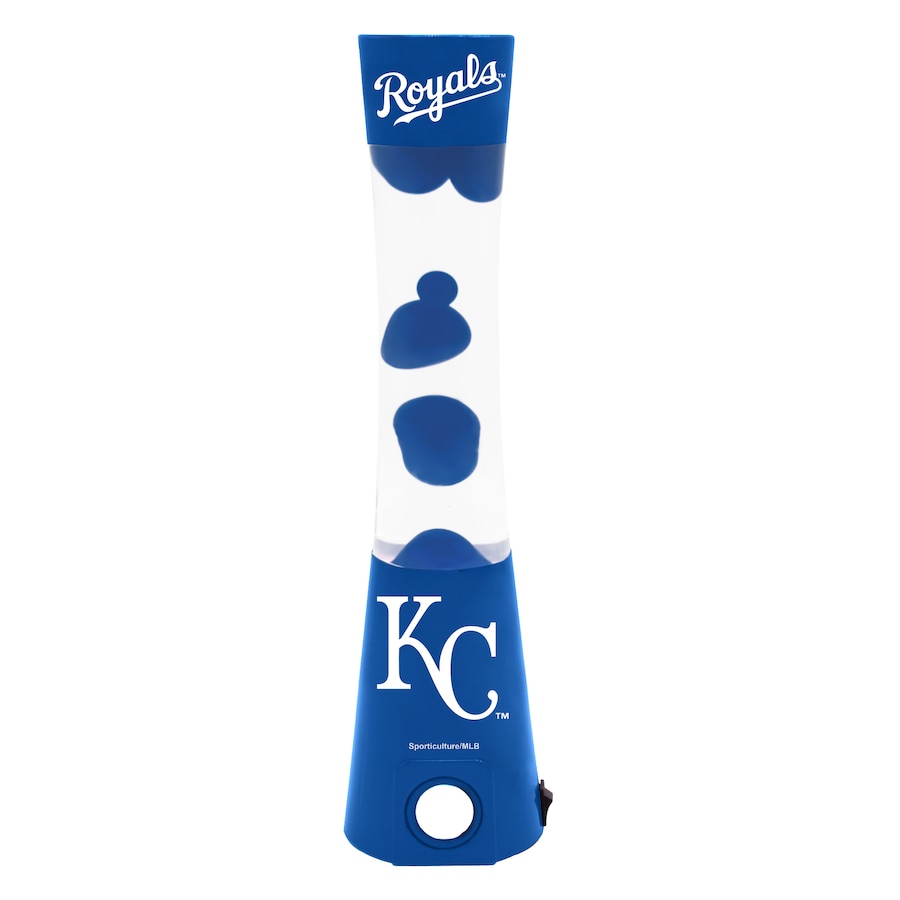 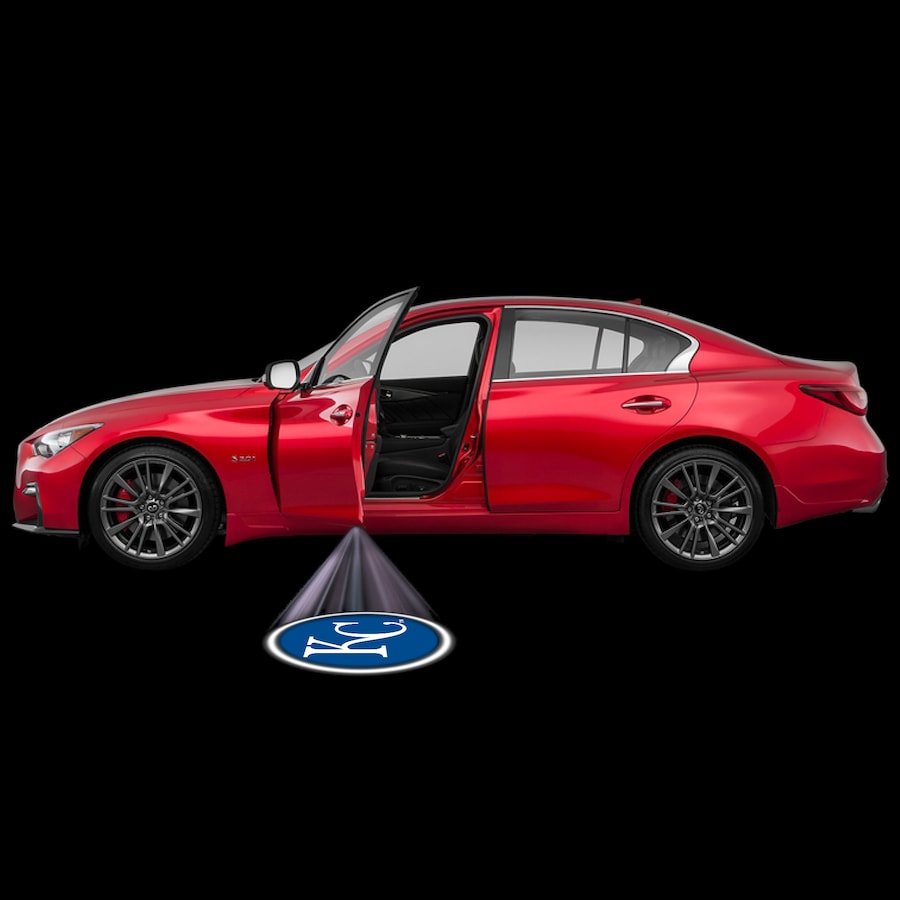 The last car I rented was a Lincoln of some type, and the only thing I remember about it is that it would project the Lincoln logo on the ground when you opened the door. It wasn't even my own car and I thought it was obnoxious. Now I see them on Mercedes and such, as if just driving the Mercedes wasn't enough evidence that there's a good chance that the driver might be insufferable to interact with. So anyway, that's why I like this Royals version of the normally douchey ground illuminator - it's like the modern version of the "My other car is a Rolls Royce!" bumper stickers. 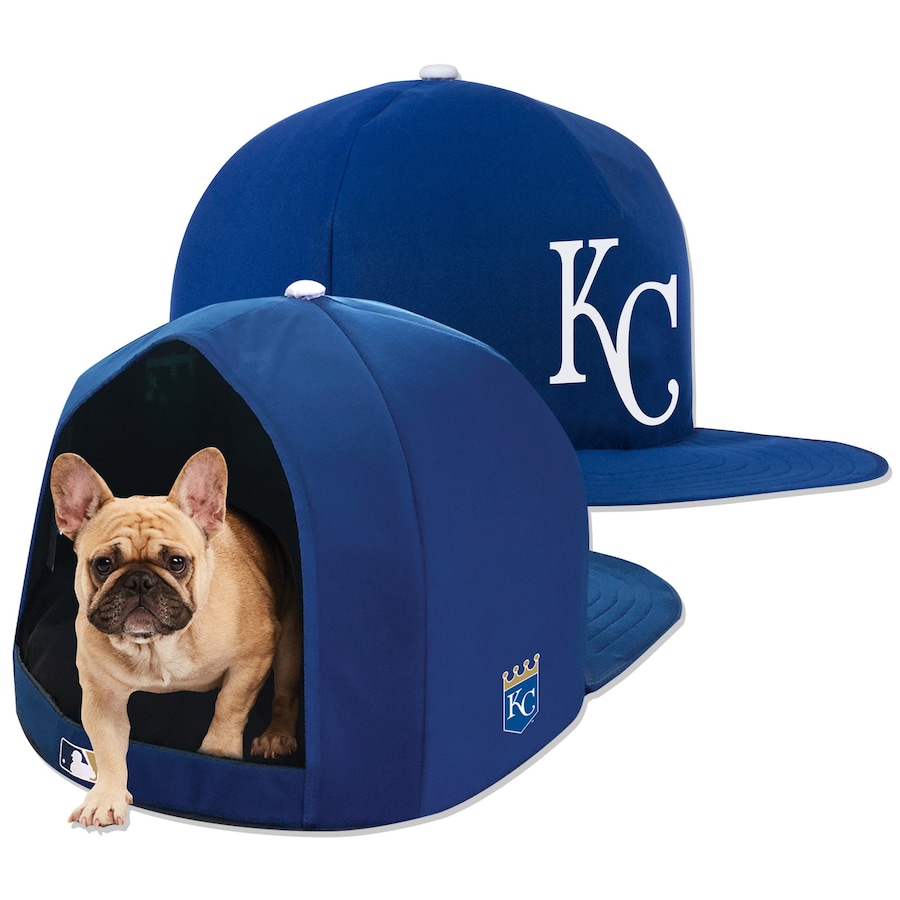 You don't get something like this for your dog - I would guess the success rate for getting a dog to spend any considerable amount of time in it is less than 20%, at least in my experience. No, you get this for your dad so he can make the "Uh-oh, guess I know where I'll be sleeping the next time I tell the Mrs. she's had too many Christmas cookies!" joke, and thus feel like he won Christmas. THAT is the real gift you are giving - joy to your dad. 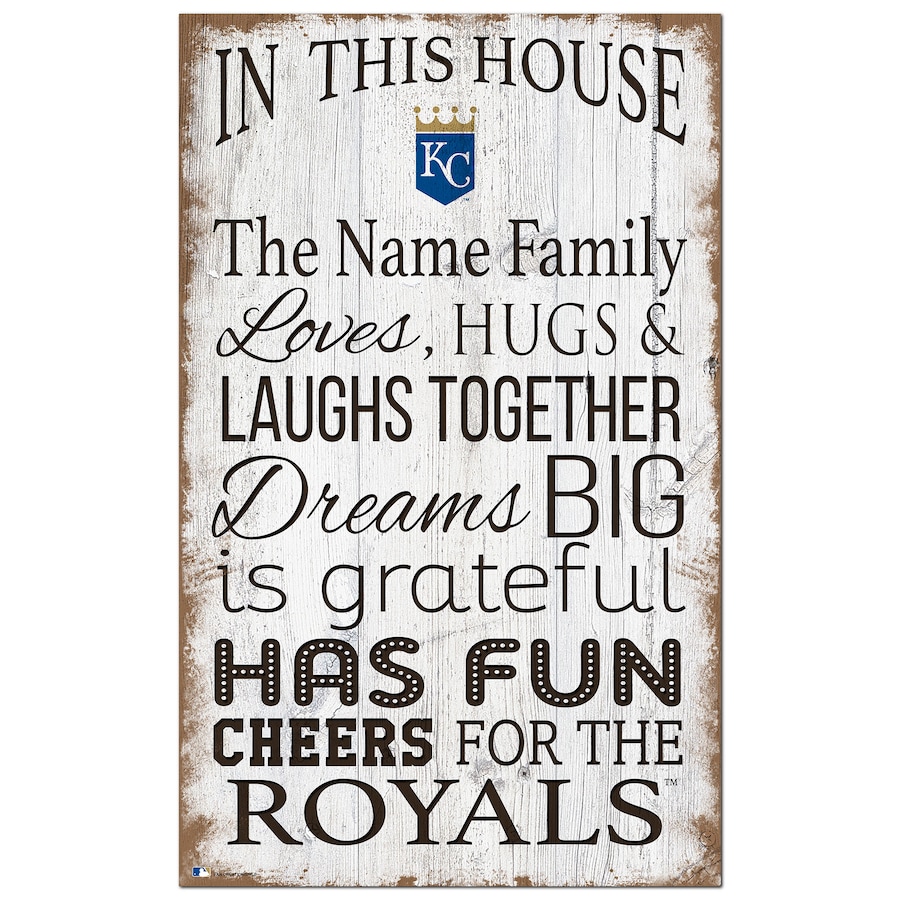 Writing these things has become a little bit harder over the years. There used to be no shortage of head-scratching loose tie-ins to the Royals on plastic trinkets or framed amateur Photoshop 101 assignments fit to be sold in gas stations, but I swear the store has mostly devolved into something out of the world of Middle Class Fancy. So there's obviously no surprise that this thing still exists. But I'm just putting it here as a juxtaposition to this... 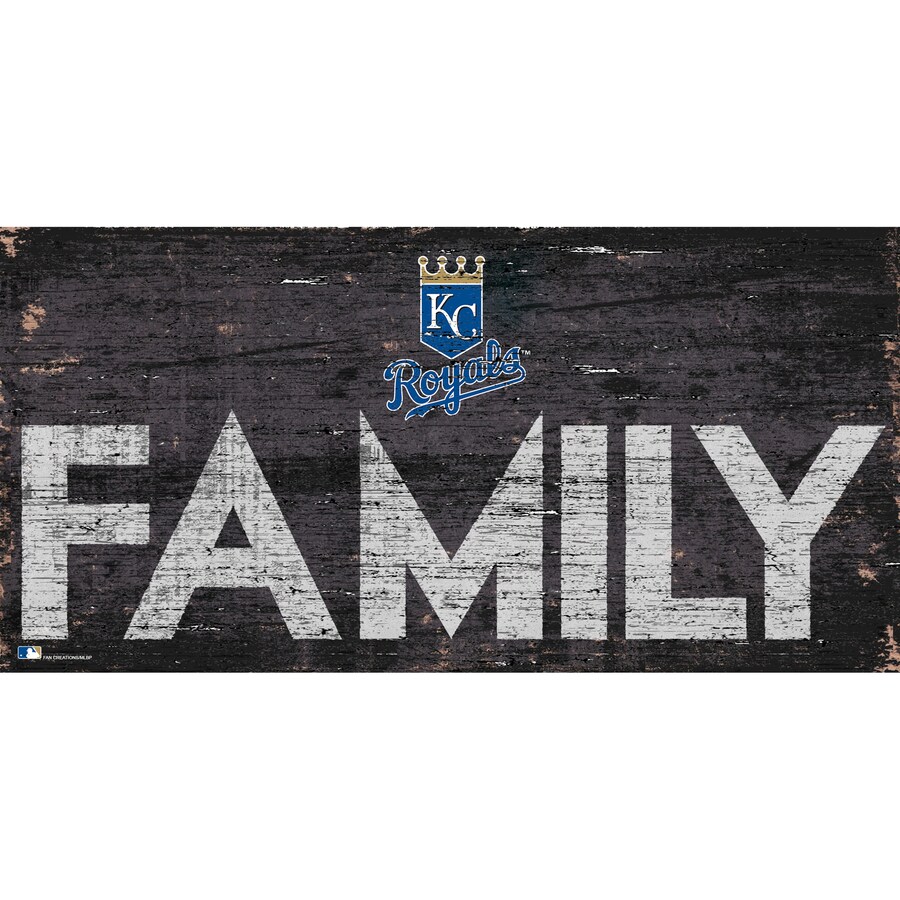 Whoooa, calm down now! Decorative word signs are supposed to reference being a wine mom and have 13 different cutesy fonts, not scream FAMILY at you in all caps aggressive fonts like a boss fight in Zelda, right? "FAMILY: Infernal Conversations Forthcoming". 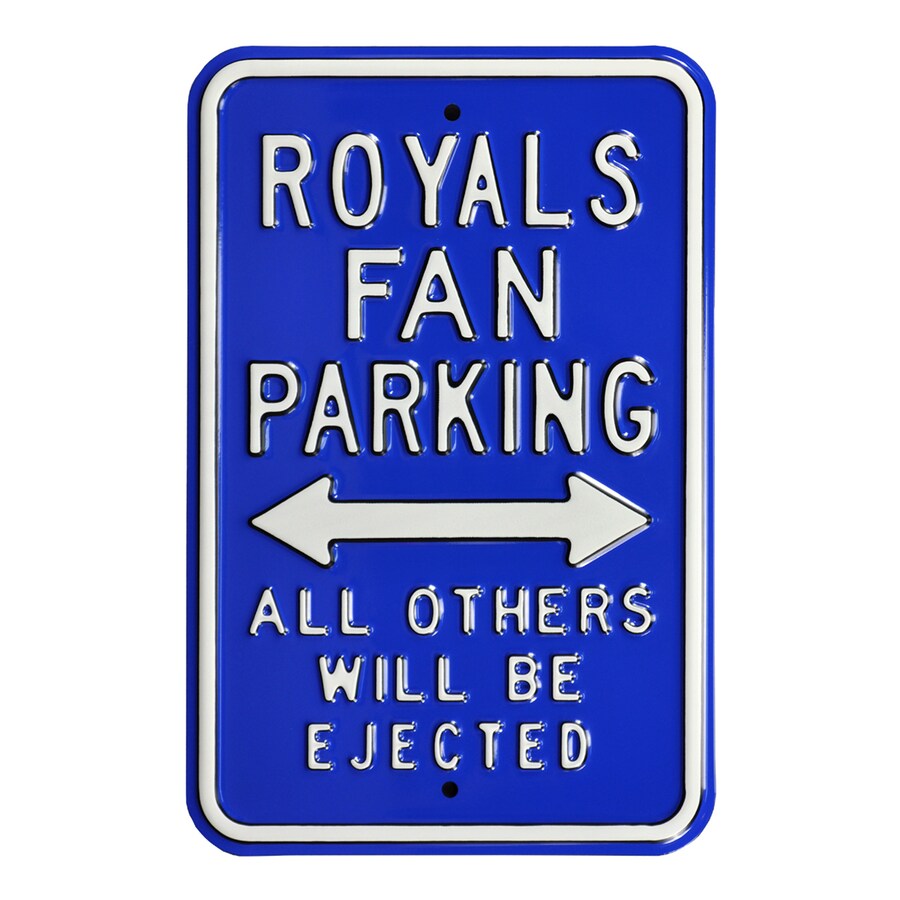 And then for $75, you can summon your inner Angel Hernandez and throw people out of your house for completely arbitrary reasons. Unlike Angel, at least you're giving guests a warning. 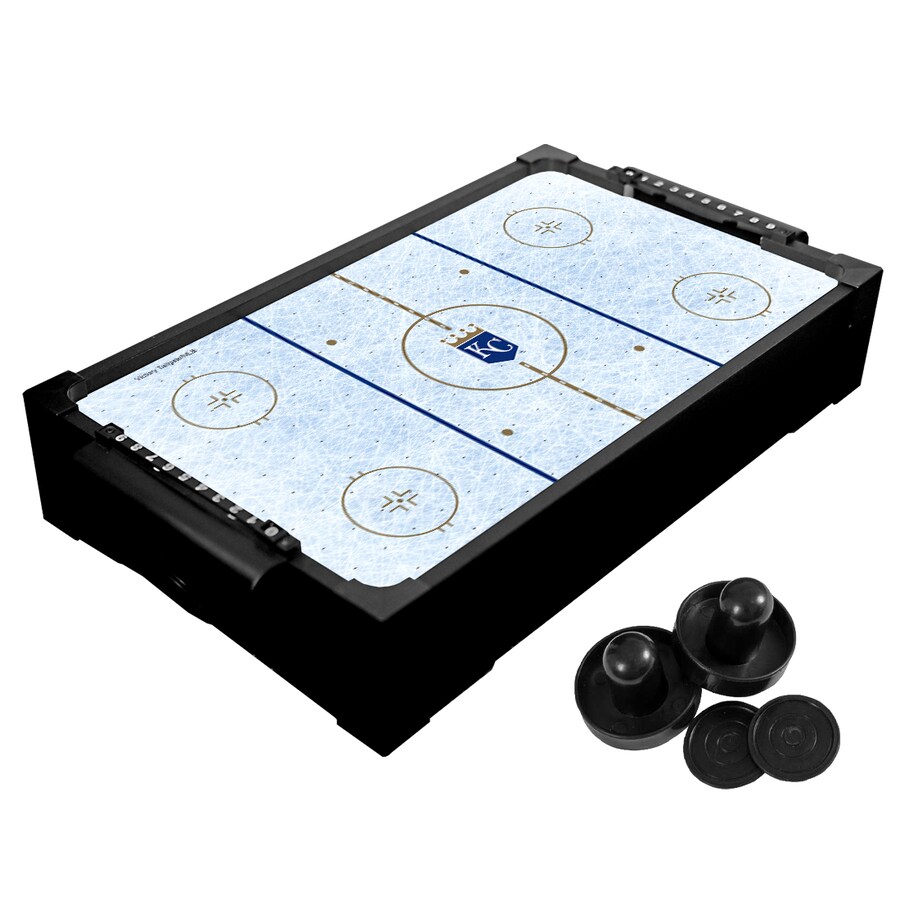 Now we're getting into the confusing part of the store. Anything can be branded Royals! Let your kids pretend to be there when the Royals vanquished the Soviet National Team in the 1980 Olympics. "Do you believe in Miracles? Yes!" 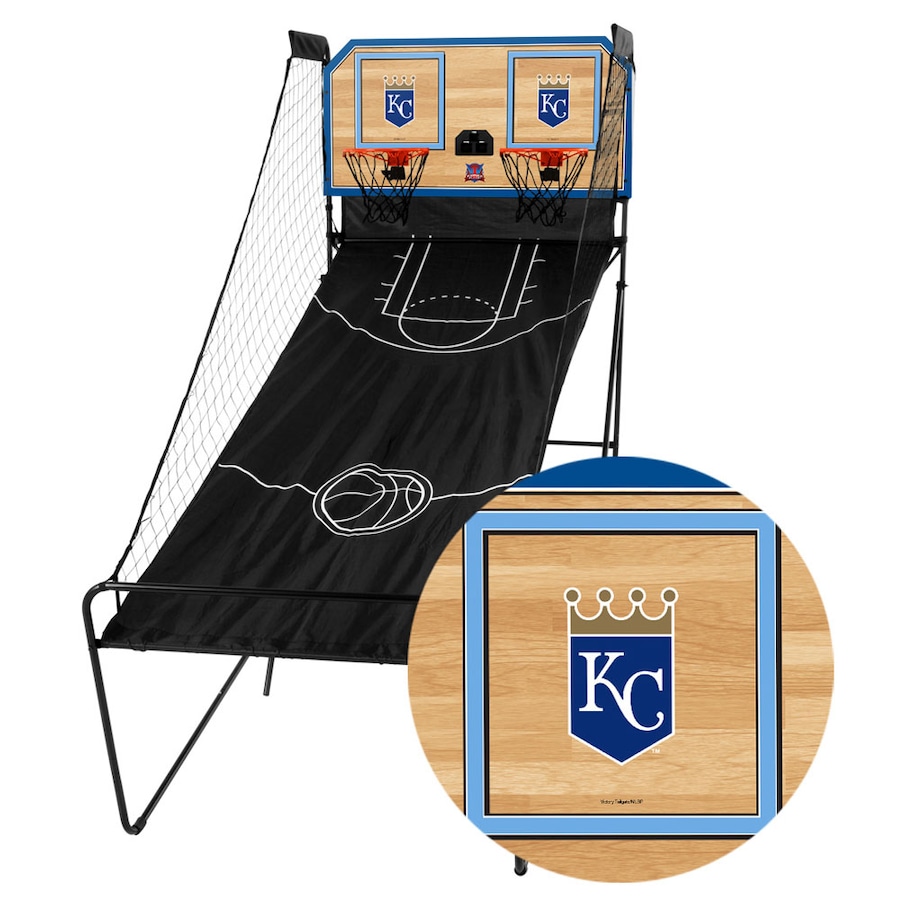 And who could forget when George Brett pulled off "a spec-TAC-ular move!" against the Lakers in the 1991 NBA Finals? 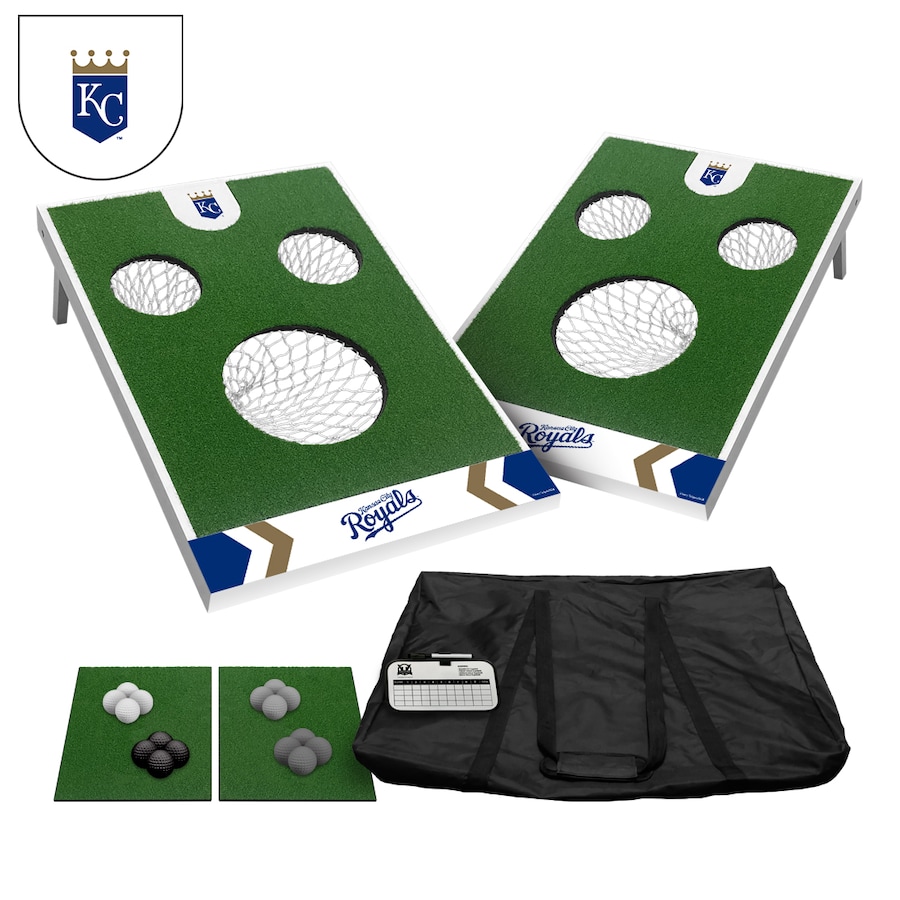 You could even quote Verne Lundquist's "Maybe... Yes SIR!" when Brett Saberhagen closed things out for the Royals during the 1986 Masters. 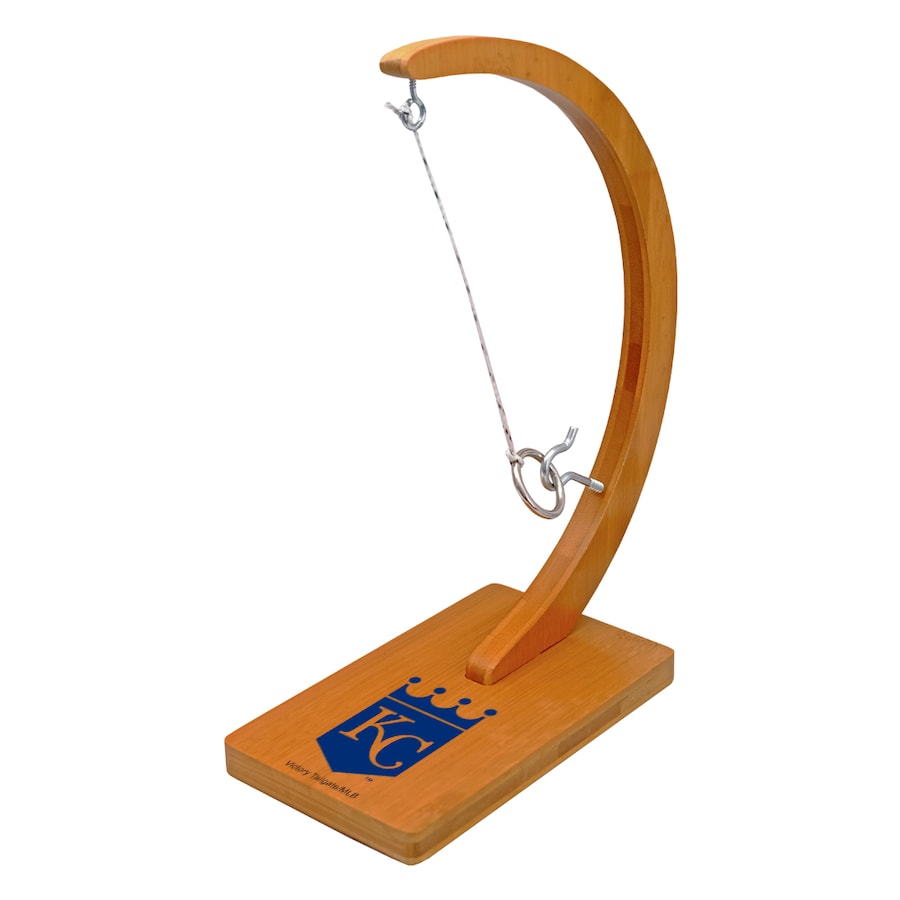 Seriously, this game is the closest I could find with anything tangentially related to baseball, because... Uhh... You pitch something, you try to catch something, there's a ring involved, and also wood. Like with bats, you know? 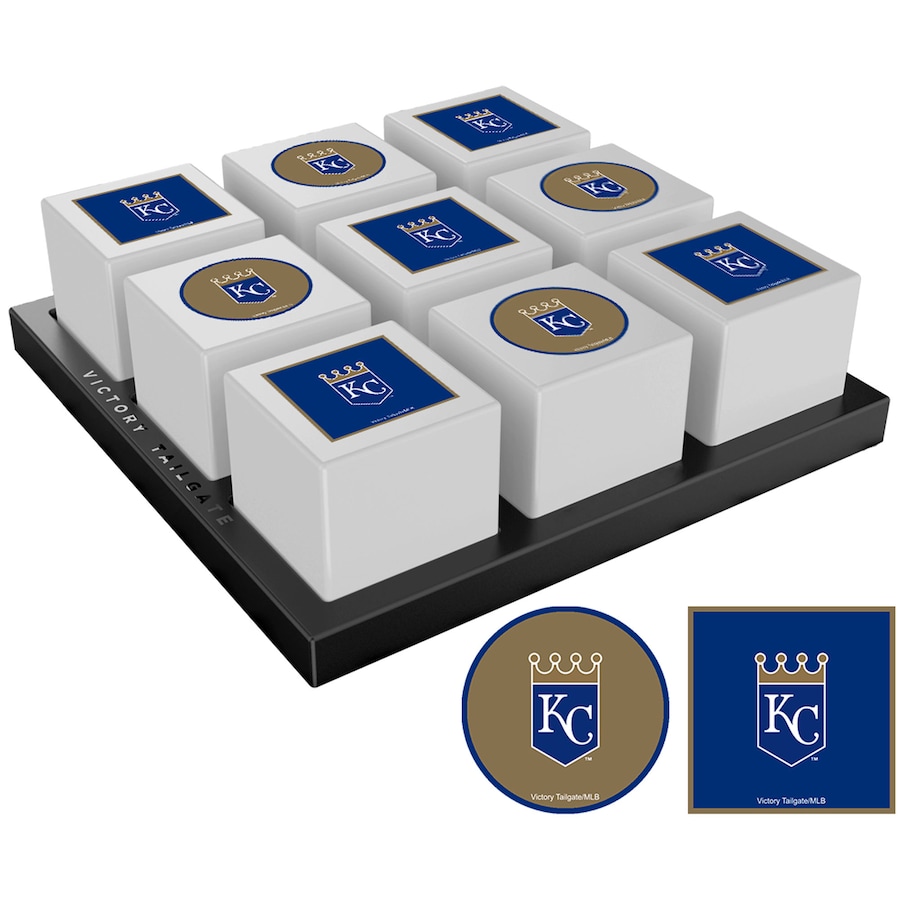 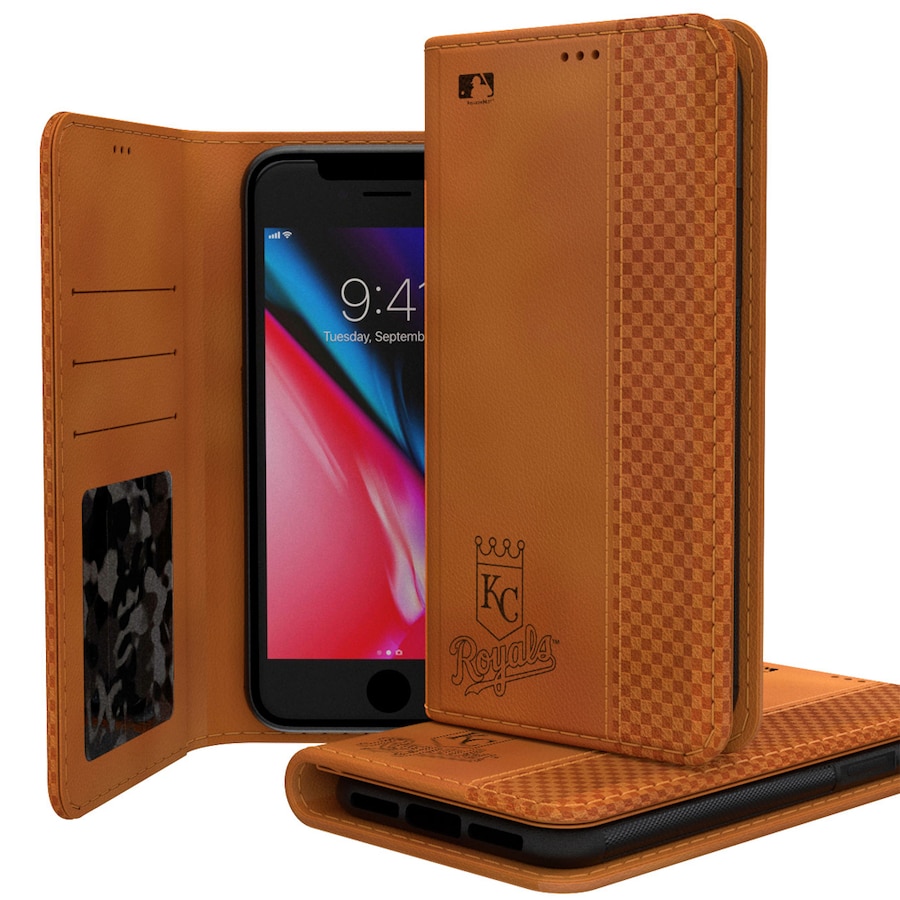 I purchased an iPhone folio case a few years ago. The only reason I did so was because it was the only case at TJ Maxx that was available for an iPhone X and I just needed something that would prevent my children from bashing my phone against a hard surface and I didn't want to spend more than 10 bucks on it. It drove my wife CRAZY, like I was wearing a "Life is Good" t-shirt tucked into relaxed fit jeans without a belt or something. I put up with that for a year or two until she finally convinced me to just let my iPhone bask in its own unprotected Space Gray beauty. It took literally three hours before one of my kids shattered the screen. In conclusion, phone folios are good for looking like a dad and annoying your wife and protecting your screen from your kids and not much else - I don't think a Royals logo is going to change much about that. 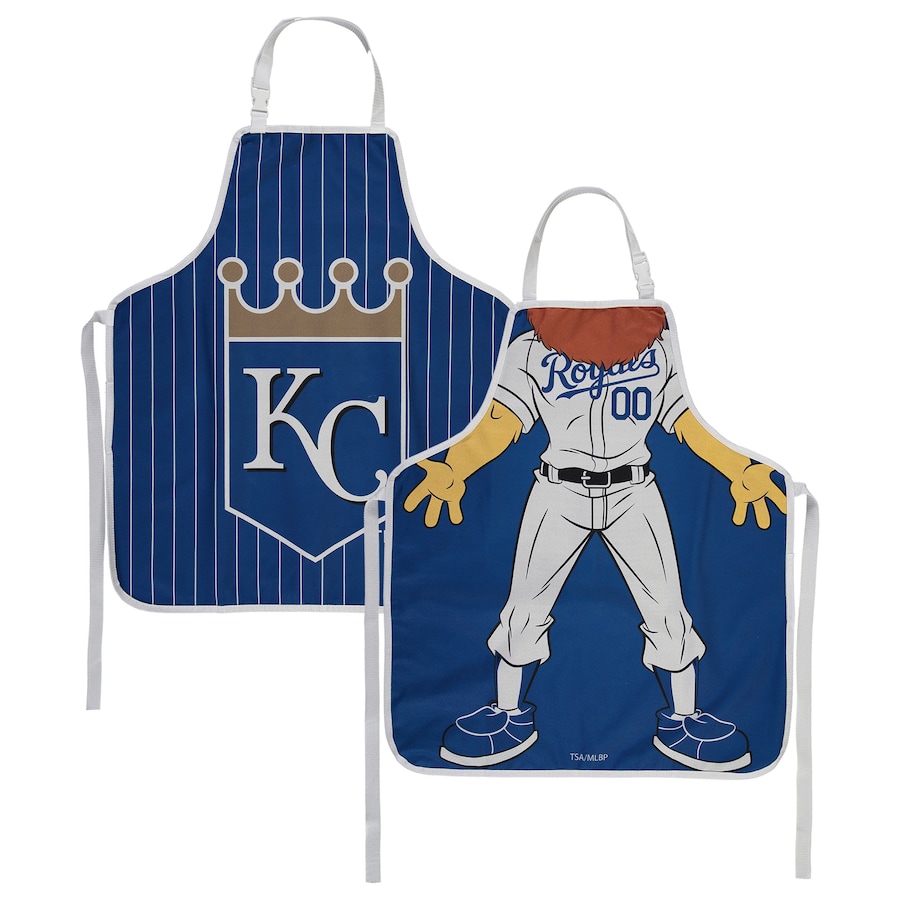 In another staple from Dad's domain, we have the ubiquitous grill apron! Who wouldn't be hungry for one of dad's famous frankfurters when you see him cooking them in an apron depicting Sluggerrr gesticulating towards his lion bulge? I'll have mine with the works, fully loaded! 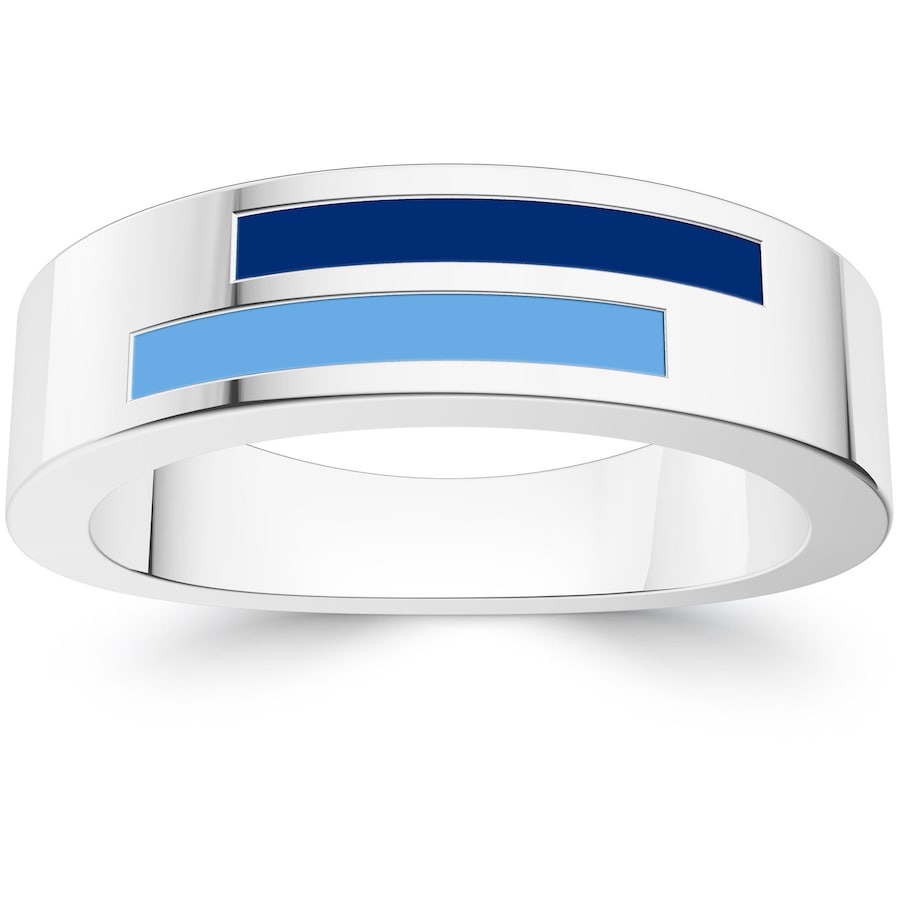 We should probably talk about some gifts for Mom then, right? The Royals store took the opposite approach for the fairer sex. Instead of something abrasive and garish and ROOOOYAAAAALS, they want Mom to have something much more subtle. Still Royals, but just a hint of Royals. An eau de toilette of Royals. Uniquely Royals, but not so Royals that anyone's going to stop Mom and ask her what they think we should do about MJ Melendez. Intrinsic Royals pride without really having to publicly wear the shame of consecutive 90-100 loss seasons. But the discerning Royals fan will still know that it's DEFINITELY a Royals ring because it has... two shades of blue? Got it. 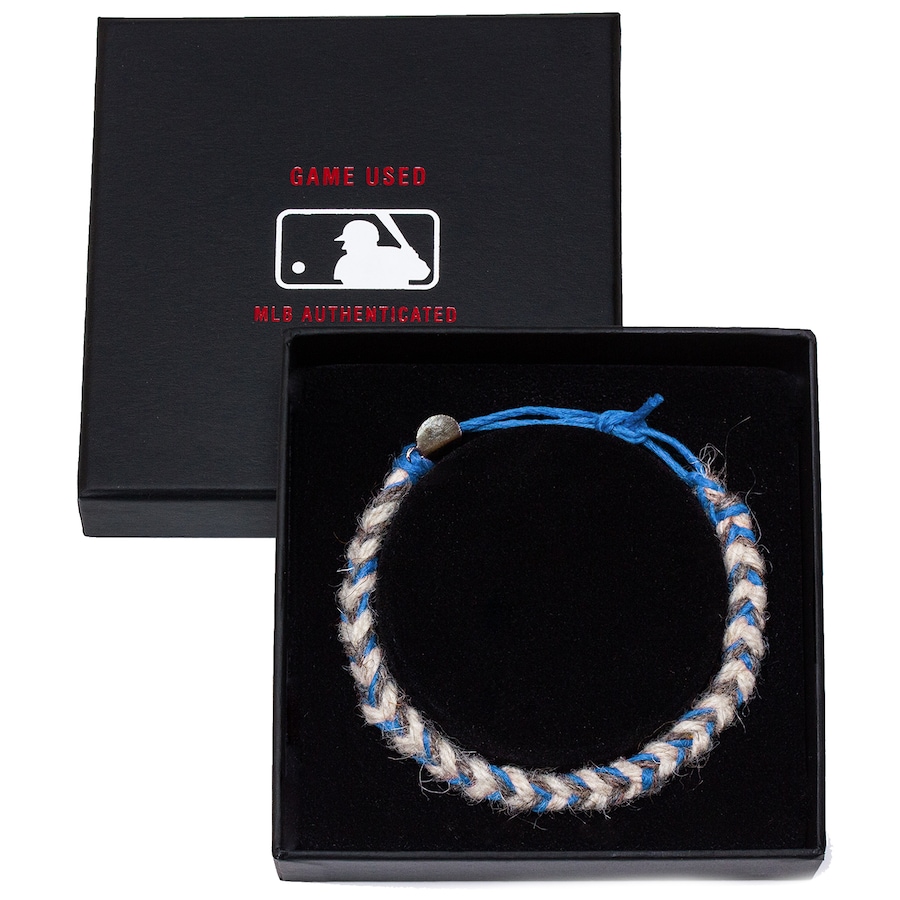 You know those craft kits that your kids get for Christmas from the single, artsy aunt that inevitably just causes a countertop bead and string debacle and audible frustration from the parent that actual has to braid the thing while looking at indiscernible picture instructions? You can have one of those professionally made out of baseball yarn for $64, and everyone's still going to assume your kid made it. 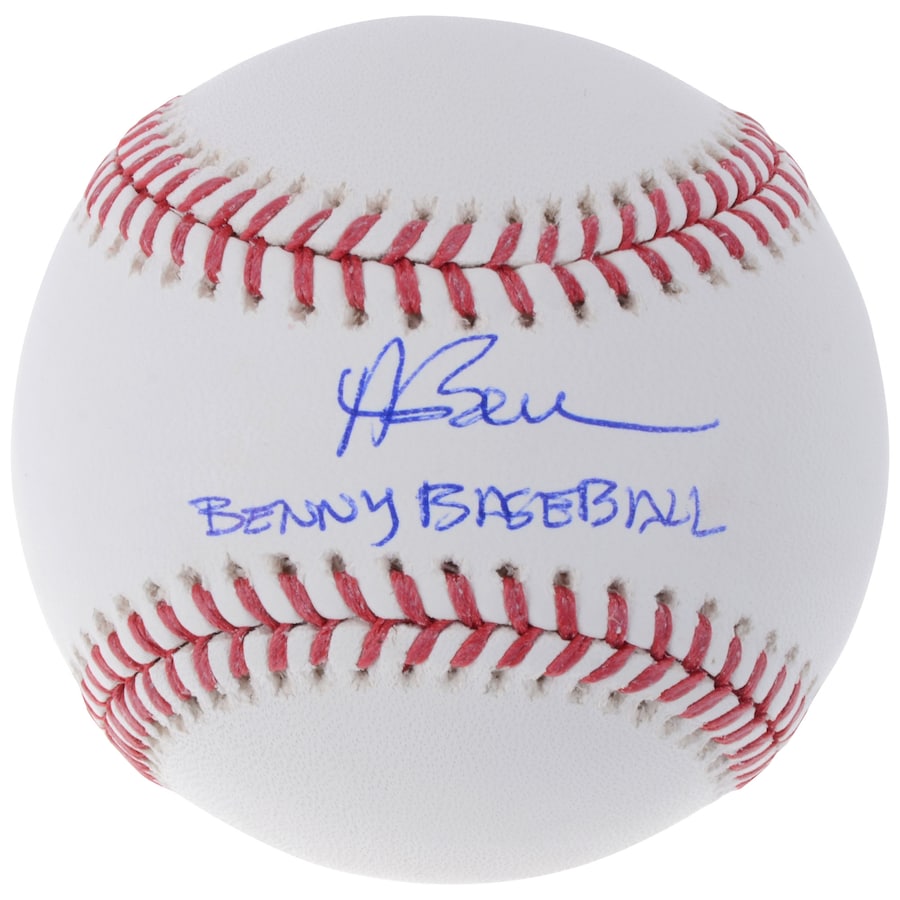 And finally, some actual collectible memorabilia. For $300 (!), you can get an autographed Andrew Benintendi baseball, only this one's special because he wrote... "Benny Baseball" underneath his signature? Is this a real nickname for him? Like one that's actually in use, or one he gave himself? That's just obnoxiously brazen, like the Johnny Manziel of baseball. We get it, you're better at baseball than 99.99% of people that have ever lived on earth, but so is everyone else in the Show; I need to see more than a 106 WRC+ before having a Mr. Baseball moniker following you around. 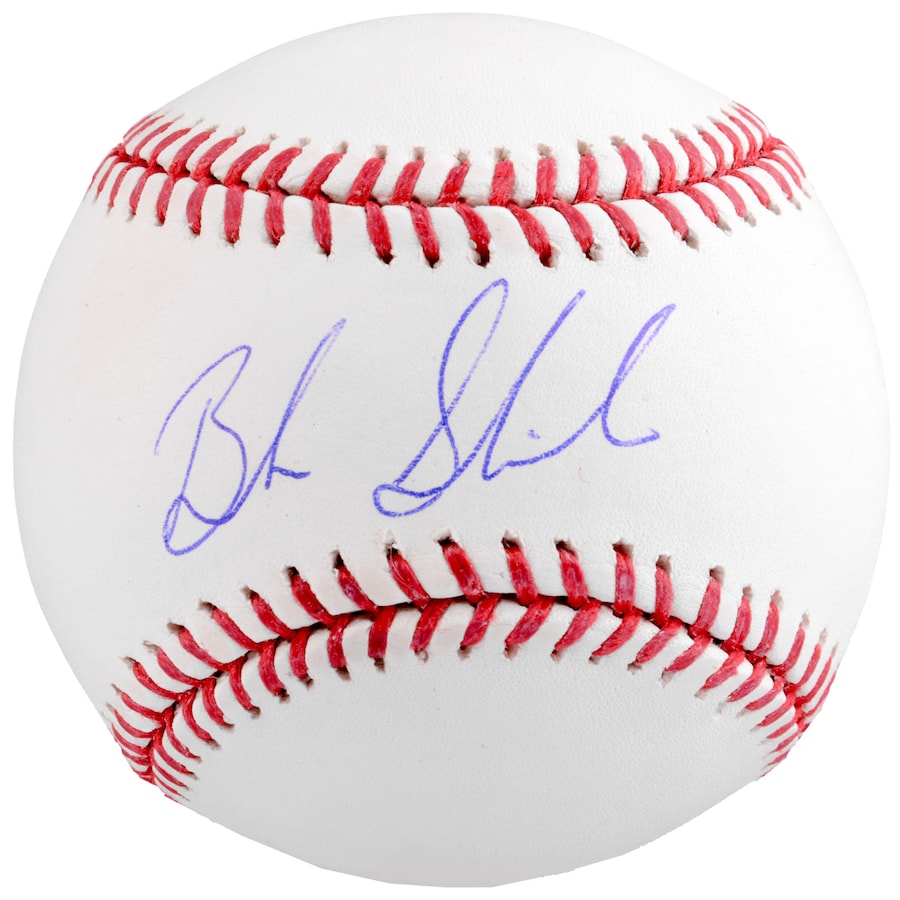 If $300 for a baseball autographed by a marginal Royal is too rich for your blood, the Royals store has an alternative for you! Granted, I had to Google who Braden Shipley is, but he is technically affiliated with the Royals!

On December 17, 2019, Shipley signed a minor league contract with the Kansas City Royals.[20] Shipley did not play in a game in 2020 due to the cancellation of the minor league season because of the COVID-19 pandemic.[21] He was released by the Royals organization on August 31, 2020.

Now, what's really interesting is the price tag: $19.99. If you go to the Rawlings website, and MLB official ball is... $19.95. So Braden Shipley's autograph is worth $0.04 cents above an actual replacement ball. Life imitates art (or stats) yet again.

So anyway, that concludes this season's Royals gift catalogue. I'll let the pillow do the sign off. 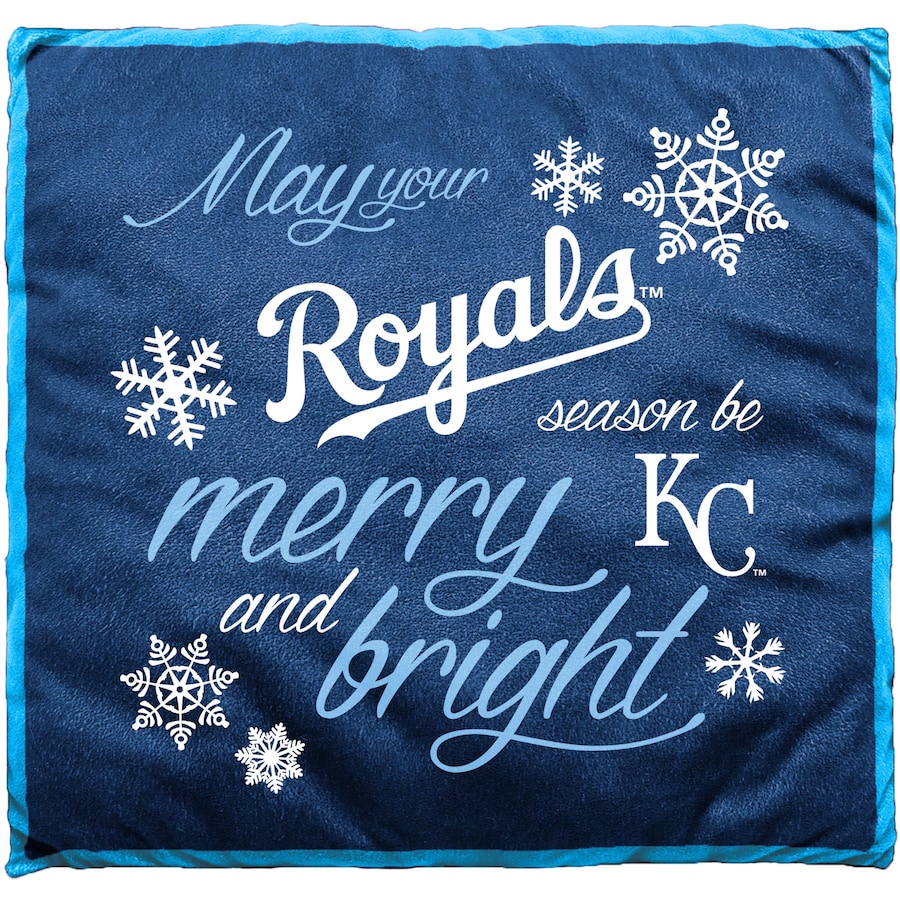