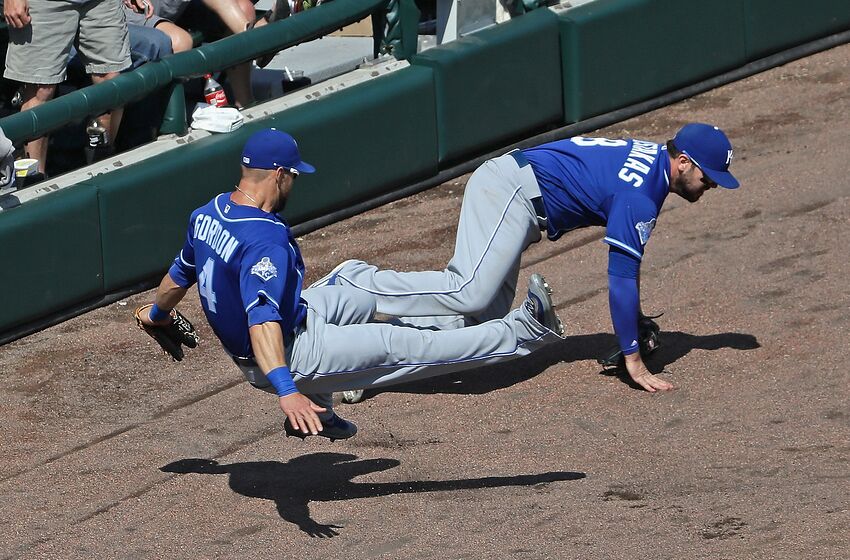 It has been almost six years since Terry Collins left Matt Harvey in too long and the Royals won their second World Series title in franchise history. The playoff teams of 2014-15 almost feel like a distant memory, with a whole lot of losing since then and Salvador Perez the only member of those teams that is still playing well in a Royals uniform. For many fans, especially those of us born well after 1985, those playoff teams of ’14-’15 were the most fun we’ve had watching the Royals. Yet the exact nature of their success those years, and Dayton Moore’s role in it, remains a contentious topic, particularly on Royals Review dot com. Some argue that those playoff runs were the culmination of a long rebuild spearheaded by players from the BFSITHOW developing together at the minor and major league level. Others believe the team simply caught lightning in a bottle those years, capitalizing on simultaneous career seasons from many key players and a relatively weak American League at the time, before regressing closer to their true talent level in subsequent seasons.

I am not here to argue for either opinion on this matter, but I would like to present an oft-overlooked factor in those runs. Simply put, the 2014-15 Royals were impossibly healthy. Let’s start with 2014. Here was the starting lineup the Royals ran out on opening day, compared to their starting lineup for Game 1 of the World Series.

Though the players have changed places in the order, this is the exact same 9 players. Being able to run out the same starting 9 at the end of the season as at the beginning is quite a remarkable achievement of health. This isn't to say everybody was perfectly healthy all season. Hosmer, Infante, Cain, and Aoki each spent some time on the DL. Nonetheless, everybody in that lineup played at least 130 games. James Shields, Jason Vargas, Jeremy Guthrie, and Yordano Ventura all made at least 30 starts in the rotation that season. Aside from a mysterious late season injury that led Danny Duffy to only pitch 4.2 innings in the postseason, the starting rotation stayed incredibly healthy. The menacing HDH in the back of the bullpen never got hurt.

Moving on to 2015, here are the Royals opening day lineup and lineup from Game 1 of the World Series.

This time there is a change, with midseason acquisition Ben Zobrist providing a major upgrade over Omar Infante at second base. Besides that, the other eight players remain the same. Alex Gordon was limited to 104 games due to a groin injury and Alex Rios played only 105 after being hit by a pitch to the wrist early in the season. Despite these injuries, the Royals still had six of the hitters in their opening day lineup play over 130 games. While the starting rotation only had one pitcher (Edinson Volquez) make over 30 starts, a deeper bullpen than the prior season and the midseason acquisition of Johnny Cueto were enough to cover those innings.

You can credit the Royals training and medical staff or just chalk it up to luck, but the Royals did an excellent job of keeping their starters on the field those two seasons, particularly their position players. The team was riding high off a World Series title and were looking to keep the energy going into 2016.

If you're reading this post, I assume you know how 2016 went for the Royals. Many things went wrong for the team that year, such as the regression of key players including Hosmer, Cain, Volquez, and Ventura, and Gordon's shiny new contract got off to an inauspicious start. Much has been made of these disappointments. The second base hole was reopened when Zobrist signed with the Cubs and management still did not fully believe in Whit Merrifield. Something I feel does not get mentioned enough: only four position players appeared in at least 130 games. With Moustakas, Gordon, and Cain missing significant time, somebody had to fill in those plate appearances.

The incredible health of the '14-'15 Royals disguised a major flaw in roster construction that pervaded the '16 team as well: a critical lack of depth. The bench for the '14 team mostly consisted of aging sluggers (Raul Ibanez, Josh Willingham), outfielders that couldn't hit much (Jarrod Dyson, Justin Maxwell) and various utility infielders (Christian Colon, Pedro Ciriaco, Danny Valencia). 2015 was more of the same, with Paulo Orlando, Cheslor Cuthbert, and Jonny Gomes joining in on the fun. The '14-'15 teams were healthy enough to not have to rely on any of these guys as regular starters over sustained periods of time.

2016 exposed the lack of depth. The Royals turned to numerous players - most of whom probably should not have been starters on a major league team - to fill the void. Orlando, Cuthbert, Colon, Brett Eibner, Omar Infante, Billy Burns, Rey Fuentes, and a very clearly overmatched Adalberto Mondesi were given a combined 1622 plate appearances. They were collectively worth 1.5 fWAR. Remove Orlando's surprisingly competent season and the remaining group was collectively below replacement level.

Depth is not the only reason the 2016 Royals failed. When Dyson is your most valuable player by fWAR and Drew Butera is your best hitter by wRC+, success is unlikely. The Royals retained most of their 2015 roster and, due to regression and the lack of depth exposed by injuries, could not replicate that previous success.

Looking at MLB as a whole in 2021, no team is perfectly healthy. Injuries are not an excuse for failure. The Dodgers have had stars like Corey Seager, Cody Bellinger, and Clayton Kershaw miss substantial time this season, as well as a certain starting pitcher get himself suspended for likely the rest of the season. They are 67-45 regardless. Tampa has the equivalent of an entire pitching staff on the IL. They are chugging along at 68-44 and lead a tough AL East. The White Sox have seen key cogs of their lineup spend months on the IL in Eloy Jimenez, Luis Robert, Nick Madrigal, and Yasmani Grandal. They are 66-46 and are firmly in control of the AL Central.

This is what well-constructed teams do: build depth such that a couple of injuries to key players doesn't tank your season. Lightning in a bottle or otherwise, the Royals cannot bank on being competitive anytime soon without building depth. Depending on health is like counting on 2015 postseason-esque late inning rallies. It sure is lovely when it happens, but it is absolutely not a sustainable formula for success.