A funny thing happened on the way back to the major leagues for Brady Singer. After renting a small space for a short stint in Omaha earlier this season, the dude’s come back throwing some fire. I think folks here know the story, generally: since returning to the rotation on 5/17, Singer’s got a 3.30 / 3.53 / 3.23 ERA / FIP / xFIP. He’s 25th in pitcher fWAR since 5/17.

That’s all well and good, but even just the last two games he seems like he’s turned it up another notch. 7 innings of shutout ball with 10 strikeouts and only 1 walk against the powerhouse Yankees last Thursday? That’s awesome! That’ll play.

Watching some of the highlights from that game, his sinker looked like it was devastating. It was just jumping on the batters. The movement was nuts…and the numbers back all that up. The sinker Singer threw that game was the best sinker he’s ever thrown in the majors.

Velocity? Aside from his April 22nd relief appearance, it was the highest average velocity he’s had in his career.

Horizontal break? The most he’s ever had.

I am getting my feet a little wet with some of the more recent Statcast numbers. Admittedly, it has been awhile. Another thing I noticed was the horizontal acceleration of the pitch was the most it has ever had. Lastly, the release extension was the longest it has ever been.

The sinker Singer threw last Thursday was faster and moved more in a shorter distance to home plate than ever. I think there is reason to believe this will stick. First, the velocity. The two images below show Singer at foot strike, one from 2020 and one from the start against the Yankees. Singer’s core is torqued more in 2022, loading just a tad more juice into the pitch. You can tell because you can see more of the letters on his jersey in 2022. If you like, you can check out his butt and see the difference too. 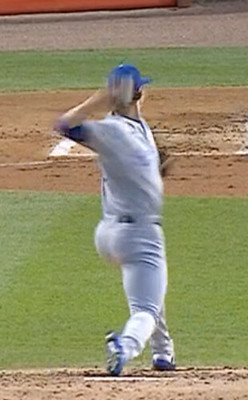 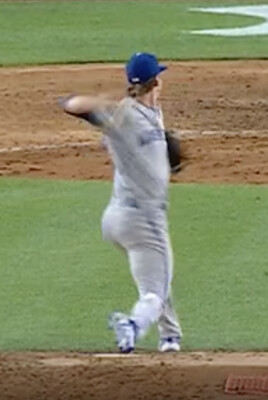 These next screenshots are a bit harder to tell the difference. If you were to say that there is no difference, I am not sure I could argue very much with you. To my eye here is the second difference. Singer has ever-so-slightly widened his arm angle at release point. The Statcast data shows this as well, but it’s a bit harder for me to conceptualize a release point X of -1.3 on average in 2020 vs. -1.1 in 2021 vs. -1.4 in 2022. In theory, I think a wider arm angle would allow Singer to get on the side of the ball just a little bit more, which affects the spin axis of the ball. The average spin axis was 212 in 2020, 206 in 2021, and 215 in 2022, which tracks the same way with the horizontal release point. 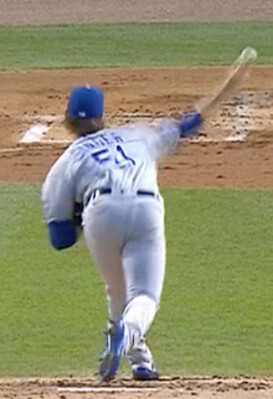 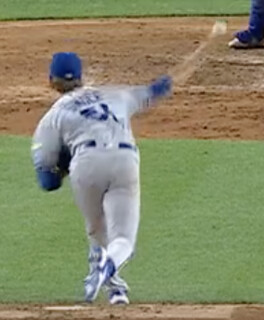 I am still getting a handle on this data and what it means, but my guess is the arm angle change leads both to more spin and more *useful* spin to achieve more dramatic movement. A harder pitch that moves more? Sounds good to me! Singer starts are becoming must-watch games for me because I am an absolute sucker for a sinker that moves like his.