Watching and following the Royals can take its toll on the best of us.

Share All sharing options for: The Royals keep screwing their fans

The Royals, as you might have heard, have had a difficult past three days. Getting swept at home by the current incarnation of the Houston Astros is about as bad as it gets in 2014, and Kansas City's finest just managed to accomplish that feat. There is still plenty of season left, but it's hard not to feel like the year is shot and the Royals will miss the postseason yet again.

For many who read this website, it's not a complete surprise that this team has struggled. It's predictability doesn't necessarily make it easier to cope with; there are plenty of people calling into radio shows, sending out Tweets and posting in our comment section who are righteously pissed off about the direction the team is heading and has been for the past eight years.

The Royals don't handle this sort of criticism from anyone well; I can list plenty of examples about the team being dismissive of the media that covers them and the fans that follow them, but I'll simply show the most recent one, coming from the mouth of Ned Yost courtesy Vahe Gregorian of the Kansas City Star:

"You know if we could shut all you guys (in the media) out and only deal with playing the game inside this locker room, or insulate it from all that, it would be better ..."

The organization consistently makes excuses and passes the blame for their failures onto extraneous factors that have nothing to do with the problems, including the fans. This only makes people more upset, and a viscous cycle forms.

It's definitely not ideal for a sports team to continually piss off their customers, but it at least anger shows that people still care. The Royals should be much more concerned, however, with the fans that don't show any emotion at all, who respond to the team's failure on the field and in public relations by drifting away.

It's easy to compare the Royals right now to Sporting KC.  Both are in the middle of their regular season and recently went head-to-head for viewers. A familiar friend compared the two attendance figures:

There's a lot of factors that have contributed to SKC's rise in the city. Soccer's popularity in general is increasing, The Legends gives more people reason to be in that area, the stadium is still new and the in-person experience is wonderful. Still, credit has to be given to the organization for fielding a consistent winner and not treating the people who enjoy and spend money on their product like flotsam in a city starved for a consistent winner that isn't run by petty incompetents.

Personal examples aren't useful evidence for popularity trends, but this post is mostly therapeutic, so I'm going to talk about me for a minute. I'm 23 years old and am fortunate enough to have some income that I can spend frivolously, like attending an athletic event. I live just east of Waldo; it takes me 10-15 minutes to reach Kauffman Stadium and more than twice as long to reach Sporting Park. I spend a fair amount of my free time writing about the Royals, and have for four years.  I even bought season tickets during the 2012 season (partially for the All-Star game) and attended most of the games even though I was in Lawrence for a decent chunk of the season. If there is anyone who should be attending lots of Royals games in 2014, it's me. 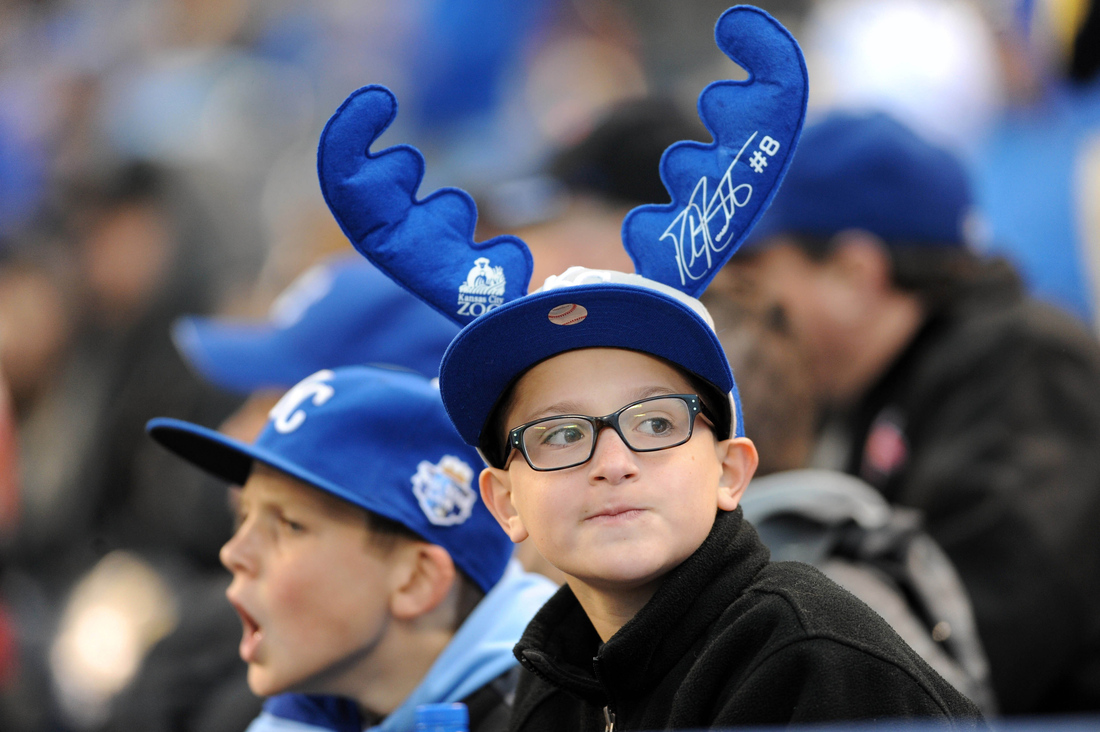 Despite all the factors that favor our beloved baseball team, I've been out to Kauffman Stadium three times this year, and Sporting Park just as many. I've even turned down tickets to attend Royals games this season, something that would have been unfathomable to me two years ago. When I went out with some of my friend's Tuesday night, we went to a sports bar so we could view SKC and the US Men's National team, not the Royals play the Astros (although I'm a degenerate and definitely watched more of the baseball game.) I find myself spending more and more of my spare time enjoying a product from a team that rewards my interest instead of telling me that I'm part of the problem.

This isn't meant to be a declaration that I'm leaving this website for the fine fellows over at The Blue Testament, or that I'm going to stop watching the Royals until X is demoted/fired/sells the team. It's not even particularly important that I'm spending more time with a different sporting team; I could be attending more concerts, going to a local trivia night or sitting at home catching up on all the reading I want to do. The point is I should be one of the easiest people to convince to spend my time and money watching the Royals, and yet I increasingly find myself doing anything else.

Frankly, why shouldn't I be drifting away from the Royals? What, outside of stubborn loyalty and a love of baseball, keeps me watching this team? It's definitely not their performance on the field. It's not a belief that things will get better soon; this organization looks like it's going nowhere fast, yet the people mostly responsible for getting the club in this mess show no sign of relinquishing power.

It's also not that the organization appears to appreciate the support I have given the team and continue to give them despite all the evidence on and off the field that they do not deserve my fandom. In fact, the Royals seem to go out of their way to alienate so many of us who want nothing more than to see this team succeed. We've seen the script play out a number of times; KC official says something clueless, people react with indignation, we move on.

I don't think any individual controversy or game drives people away, but the constant negative feedback the team gives you on and off the field takes its toll. Each asinine managerial move, head scratching personnel decision and insulting comments chips away at your ability to identify with the team, contributing to the growing disconnect between those in charge of Royals and those who cheer for them. Part of the reason many people become fans of any team is to be part of something bigger than yourself; when you no longer feel like you are welcome in that group, there is no reason to support it.

Still, the Royals shouldn't be too worried about one person who likes to write declaring that this team is incredibly frustrating and increasingly difficult enjoy. They should be concerned about those who feel the same way I do, but choose to direct their time and income elsewhere instead of ranting about it online. The only way any of us seem capable of making our voices heard is with our wallets, and it seems I'm not the only one who is tired of this team.